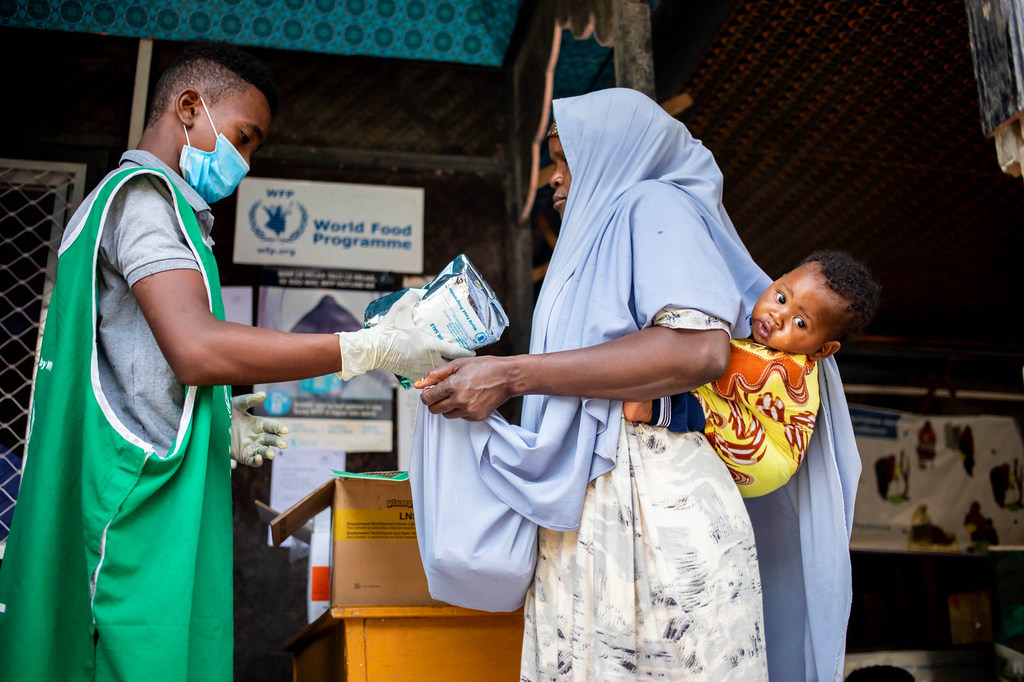 In a joint report, the UN The Food and Agriculture Organization (FAO) warns that in the absence of large-scale and sustained humanitarian assistance “the situation could worsen through mid-2021”.

“Somalia’s long-standing crises are compounded now by the ‘triple threat’ of the COVID-19 pandemic, desert locust infestations and climatic shocks”, said UN Deputy Special Representative Adam Abdelmoula, who also serves as the Resident and Humanitarian Coordinator for the country.

A cry for help

The report, compiled by FAO’s Food Security and Nutrition Analysis Unit, and the Famine Early Warning Systems Network (FEWS NET), highlights that desert locusts will continue to pose a serious risk of damage to both pasture and crops countrywide.

It also and cites forecasts that indicate an increased likelihood of below-average rainfall during the April-June season across most of the country that will further exacerbate food and nutrition insecurity for millions.

FAO and the Somali Government emphasized the urgency to increase support for ongoing desert locust control and surveillance efforts, and to provide rapid emergency assistance over the coming months.

“With the Government’s support, our teams and partners have maintained operations in control and surveillance, while delivering crucial humanitarian assistance and livelihood support during extremely challenging circumstances,” said Etienne Peterschmitt, FAO Representative in Somalia.

From July to December, an average of 1.8 million people per month received assistance in parts of Somalia.

While the large-scale humanitarian and Government support helped to minimize the magnitude of the crisis last year, funding is needed urgently to boost efforts to reduce new food insecurity currently threatening the country.

“Expanding the emergency response is crucial and underway, with a focus on interventions aimed at reducing food consumption gaps, saving lives, and protecting and preserving livelihoods,” said Mr. Peterschmitt.

According to the humanitarian assistance plan for the first quarter of 2021, some 1.6 million people are facing Crisis (IPC Phase 3) – or worse.

Moreover, an additional 2.5 million people are Stressed (IPC Phase 2), bringing the total number of acute food insecure to 4.1 million, which includes approximately 840,000 under-age-five children who are likely to be acutely malnourished, nearly 143,000 of them severely so.

Pointing to a multitude of threats and crises in poor rural, urban and displaced populations, the joint assessment said that food insecurity is expected to deteriorate from April to June.

And FAO underscored that humanitarian assistance must be sustained through mid-2021 to prevent Crisis (IPC Phase 3) or Emergency (IPC Phase 4) outcomes for nearly 2.7 million people.

“We must continue to work with all humanitarian partners to ensure the most vulnerable Somalis are able to withstand the challenges and build resilience against future shocks,” said Mr. Abdelmoula, urging all partners to “work together across the humanitarian, development and peacebuilding paths” to address root causes and build lasting solutions that leave no one behind.