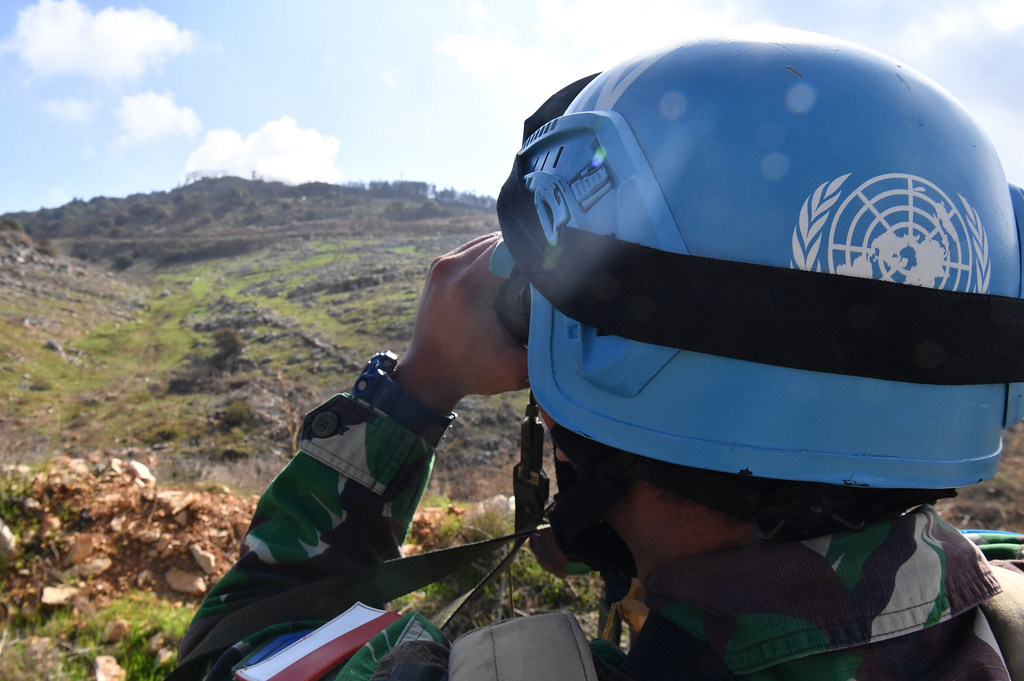 The UN Interim Force in Lebanon, UNIFIL, said on Friday that escalating hostilities over the past two days involving Lebanese and Israeli forces have created “a very dangerous situation” in the volatile border region.

In a statement, the peacekeeping mission said that late Friday morning, it had detected rocket launches from outside its area of operations in south Lebanon towards the Israeli-occupied Golan.

This was followed almost immediately by an artillery response from Israel directed at the general area around Kafer Chouba, a village in the Hasbaya District of the Nabatieh Governorate, said UNIFIL.

The nearly 11,000 strong UN force was created by the Security Council in 1978, initially to confirm Israeli withdrawal from Lebanon, restore international peace and security, and help the Lebanese Government restore its authority, amidst years of civil conflict.

In direct contact with the parties, Major General Stefano Del Col, Head of the UN Interform Force (UNIFIL), called on both sides to immediately stand down and desist from any further agression.

To prevent further escalation from spiralling out of control, the UN mission is actively engaging with the parties through all formal and informal liaisons and coordination mechanisms.

“We are coordinating with the Lebanese Armed Forces to strengthen security measures throughout the area of operations”, the statement said.

UNIFIL also called on the parties to “cease fire and maintain calm” so an investigation can be carried out.

At the same time, UN Special Coordinator for Lebanon Joanna Wronecka has expressed “great concern” over the recent exchange of fire between Lebanon and Israel.

“The potential for miscalculation presents the risk of serious consequences. Maximum restraint is required to prevent further escalation”, she said in a statement.

The Special Coordinator called for “all sides to refrain from violence and restore calm”, in full respect of Resolution 1701, and to “preserve security and stability”.

Meanwhile, Lebanon is grappling with COVID-19, an economic and financial meltdown, and the disastrous human impact of the Beirut Port explosions one year ago, as well as repercussions of the Syrian crisis.

And last week, parts of the country were devastated by wildfires that spread in forests throughout its Qubayyat region.

“Lebanon is facing a serious deterioration of the humanitarian situation”, said Najat Rochdi, the UN Humanitarian Coordinator for the country.

To provide life-saving support to 1.1 million of the most vulnerable Lebanese and migrants affected by the ongoing crises, the UN and its partners have published a new $378.5 million Emergency Response Plan (ERP).

In addition to saving lives and assisting people in need, the 12-month emergency plan also aims to mitigate tensions among and between Lebanon’s various communities.

The time-bound relief strategy will be tied to solutions that address root causes and require structural reforms and Government-led development interventions.

The UN and other humanitarians will continue to provide support to Lebanon’s most vulnerable until a comprehensive and inclusive social protection strategy is in place.

This follows Wednesday’s International Conference for Support, which co-chaired by the UN and France, coincided with the anniversary of the Beirut Port explosions that killed nearly 200 people and injured some 6,500.

“During the conference, the participants have renewed their collective support to address the critical needs of the most vulnerable among the crisis-affected Lebanese and migrants through direct assistance to women, children and men who desperately need our help, while urging for lasting solutions to stop the collapse of the Country”, said Ms. Rochdi.