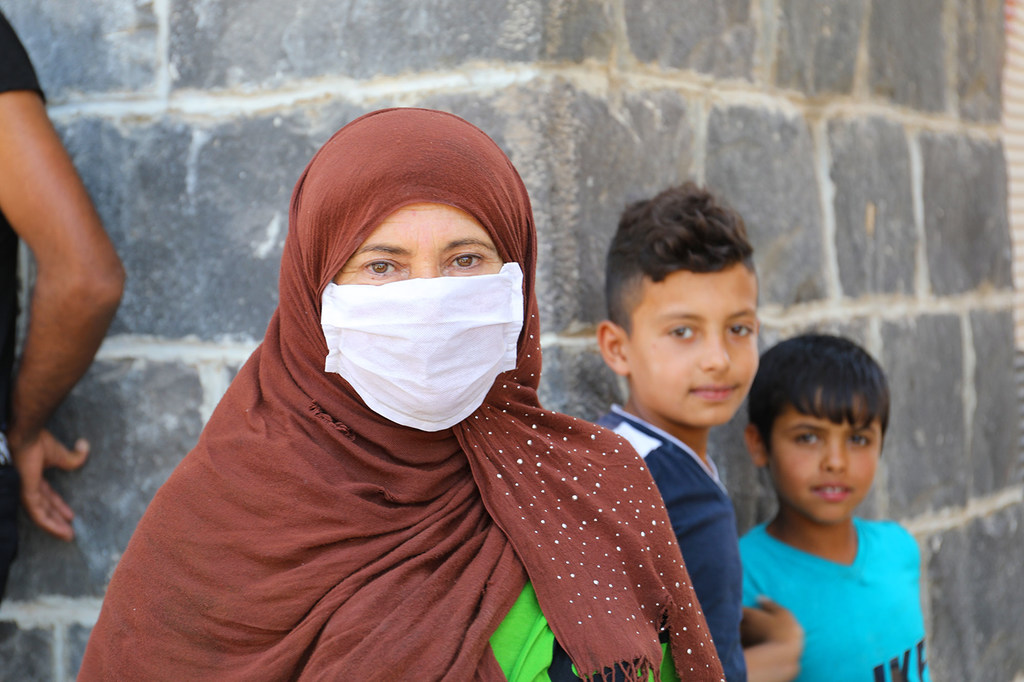 “It is a tragic irony that this time of relative calm, compared with earlier years of the conflict, is also a period of immense and growing humanitarian suffering of the Syrian people”, Geir O. Pedersen said via videoconference.

With a view towards a UN facilitated, Syrian-led and owned political solution, backed by “constructive” international diplomacy, the Special Envoy highlighted several necessary steps, beginning with a nationwide ceasefire and the need to shut down Security-Council-listed terrorist groups.

He also stressed tackling the “dire” humanitarian situation with urgency, while underscoring the importance of avoiding sanctions that exacerbate the plight of ordinary Syrians.

Mr. Pedersen saw as “a key priority” the unilateral release of detainees and abductees along with “meaningful action” to locate those who have gone missing.

Steps were needed to create a “safe, calm and neutral environment”, one conducive for refugees and internally displaced persons to return home.

The meaningful participation of Syrian women and civil society in the political process was another goal.

Finally, Mr. Pedersen called international diplomacy “essential” to overcome the mistrust of international participants and Syrian parties, as it can help develop “mutual and reciprocal steps” with parallel implementation and verification.

The Special Envoy noted that a presidential poll is being held under the auspices of the current constitution.

He pointed out that this was not called for in Security Council resolution 2254, which includes elections, in accordance with a new constitution, administered under UN supervision with all Syrians, including the diaspora, eligible to participate.

“The UN is not involved in this election”, he said, calling the implementation of resolution 2254 “the only sustainable path to ending the conflict and the suffering of the Syrian people”.

With no progress towards advancing resolution 2254, with participants unwilling to take the first step toward conflict resolution, Mr. Pedersen feared that Syria will become another protracted conflict, “lasting generations”.

“There are great dangers in not seizing the opportunity that the current period affords us”, he said. “Syria needs serious attention so that we can build on this dynamic”.

Reduced levels in the Euphrates have impacted nearly 5.5 million people who rely on it for drinking water and the Tishreen dam in north-eastern Aleppo governorate, which stands at less than half of the operational minimum, faces a complete shutdown.

Meanwhile downstream in ar-Raqqa governorate, water levels at the emergency backup Tabqa dam are now 80 per cent depleted, according to the Humanitarian Coordinator.

Despite a relative calm, the economic situation has hardly improved and Syrians seem to be inching towards “an even deeper abyss”, observed the UN official.

He described historically high food prices that have left 40 per cent of the population unable to afford nutritious food, with nearly half of Syrian families surveyed saying that adults are eating less so children can eat, and fuel shortages continue across the country.

He described the impact on one facility, the Atareb Surgical Hospital in Western Aleppo Governate, of being attacked, noting it served more than 200 patients before the onslaught, which has now dropped to just 50.

One of the longer-term consequences of assaults on healthcare facilities, he said, was that “those attacks instil fear in the civilian population”, discouraging them from seeking these services, “even though many are in desperate need”.

And with 46 murders reported since January and continued security problems, Al -Hol, the largest camp for refugees and internally displaced people in the country, has witnessed the exit of over 10,000 Syrian and non-Syrian nationals over the last two years.

“But more than 60,000 remain, and they are living in unacceptable conditions”, underscored Mr. Lowcock, reminding the Council that “this is a camp of children”, mostly younger than 12, and nearly 14,000 as young as five.

“They do deserve a future”, he stressed.

Since 2019, the UN been unable to deliver aid to Rukban, the remote area on the Syrian border, while the country’s northeast continues to lack essential health supplies as COVID cases increased by 50 per cent.

A first batch of UN-backed COVAX vaccines are due to cover 9,000 health workers but as the rest of the country needs inoculations, it is “a drop in the ocean”, said the Humanitarian Coordinator.

Security Council authorization for UN cross-border assistance into the northwest expires in just over six weeks. Without an extension, monthly food deliveries for 1.4 million people, millions of medical treatments, nutrition assistance and educational supplies, will peter out.

The UN relief chief told ambassadors that “the cross-border operation…a lifeline for more than 3 million people, cannot be substituted”.

“We look to this Council to ensure that that lifeline is not severed”, he concluded.