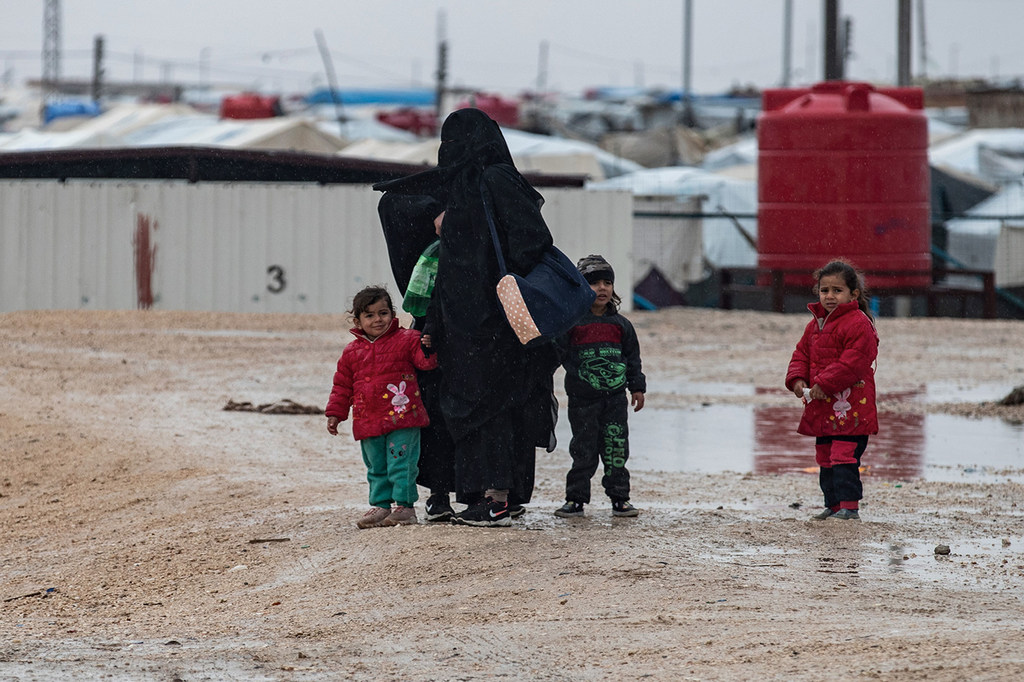 When the extremist militant group ISIL, or Da’esh, collapsed in Iraq and Syria, thousands of foreign nationals were hastily detained in prisons and camps. At least 42,000 foreign women and children, most under the age of 12, currently remain in squalid and overcrowded conditions inside camps in northeast Syria.

It was to help dozens of Member States across the world, some of which have begun to bring their nationals home, that the Global Framework on United Nations Support on Syria and Iraq Third Country National Returnees was launched this Wednesday.

In a video message, the UN Secretary-General reminded that many of these people “have now spent more than five years without basic services in increasingly dire conditions.”

“They are routinely denied human rights,” António Guterres said. “At the same time, victims and survivors of terrorist acts are denied justice and support, while perpetrators have impunity.”

The UN chief argued that, until these human rights issues are addressed in a comprehensive manner, the international community “will continue to face long-term security risks.”

For him, “this situation cannot go on” and the Global Framework “provides a solution to end it without delay.”

Mr. Guterres said the initiative provides technical and financial support to address the urgent human rights and humanitarian needs, and responds to justice and security concerns in an age-appropriate and gender-responsive way, while also protecting children and victims.

An estimated 30,972 Iraqi and 11,136 foreign women and children from some 60 other countries remain in camps in northeast Syria.

Some had travelled to the conflict zone to join the fighting, others after the promise of a better life. Some were forced to go by family members or community leaders. Others may have committed crimes under duress or after being trafficked. Some were still children, others born there.

According to the UN, the humanitarian situation in camps and detention facilities is not sustainable.

Living conditions are poor, with residents suffering from lack of adequate shelter, food, sanitation, education opportunities, healthcare, judicial processes, and prevailing insecurity and violence, all of which have been magnified by the COVID-19 pandemic.

To address these problems, some Member States have begun to bring their nationals home.

For the organization, their return is a matter of national and international priority, both from a humanitarian and a security perspective.

The Global Framework has two objectives: to respond to and assist the needs of children and adults requiring protection, and to support requesting Member States to promote security and address accountability through prosecution, rehabilitation and reintegration processes.

The Framework is currently being implemented in Iraq, Kazakhstan, Kyrgyzstan, Maldives, Tajikistan, and Uzbekistan.