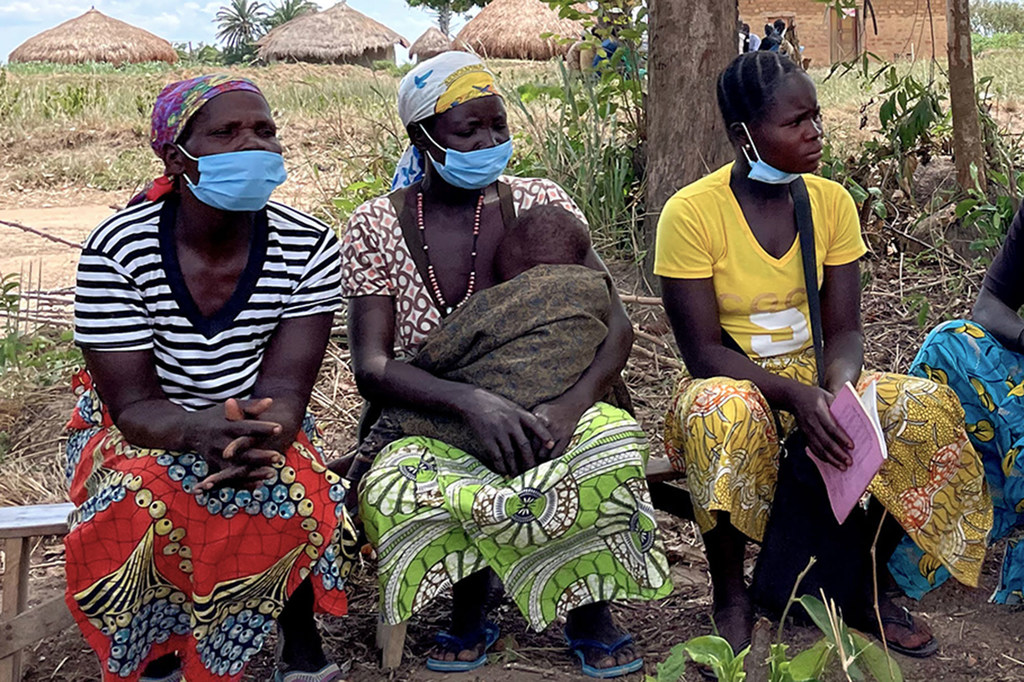 A resurgence of Bubonic plague in Ituri province in the eastern Democratic Republic of the Congo (DRC) is putting young lives at risk, the UN Children’s Fund, UNICEF, warned on Tuesday.

Poverty, conflict and displacement are contributing to the return of the centuries-old illness for the first time in more than a decade, and new research supported by the agency revealed children are especially vulnerable.

The research focused on three health zones in Ituri, where more than 490 cases were recorded between 2020 and 2021, with 20 fatalities. Some 578 cases, and 44 plague-related deaths, occurred throughout the entire province during the same period.

“The really worrying thing here is that we’ve got plague reported in areas which had not seen a case for more than 15 years, and many more cases in areas where they had very few or none previously,” said Izzy Scott Moncrieff, UNICEF Social Sciences Analytics Cell (CASS) Field Supervisor.

“There are grave consequences for children because they are more exposed to the risk factors of plague.”

Bubonic plague, also known as black death, is an infectious disease caused by Yersinia pestis bacteria, which is usually found in small mammals and their fleas.  It is characterized by painful swollen lymph nodes called buboes.

Outbreaks are often blamed on poor sanitation and hygiene practices which attract rats carrying fleas, searching for food, who infect people in their homes.

While the disease can be fatal, it is easily treatable with antibiotics.

The DRC, specifically Ituri, as well as Madagascar and Peru, are the only places worldwide where cases continue to be reported.

UNICEF said the current outbreak there differs from previous ones because both bubonic plague and the highly infectious pneumonic form of plague, which is transmitted from person to person through the air, have been reported in areas previously free of the disease.  These areas are in the east of Ituri province, near the border with South Sudan and Uganda.

Ms.Scott Moncrieff said the plague is mostly transmitted in rural areas by fleas carried by wild rats. Poorer families can be particularly affected.

Yako Adhiku, 40, lives in a round, mud house with a thatched roof in the town of Aru, one of the three health zones in the UNICEF study. She first realized that her daughter, Asizu, who is two, had caught the plague when the lymph nodes on her neck started to swell.

“She also lost her appetite, had a fever, and her gums were very red,” said Ms. Adhiku.

Fearing that the child would die, she rushed her to the local health centre where she was given pills for her daughter and everyone in the family, in case they too had been infected.

Ms. Adhiku told researchers that she often saw rats scuttling around her house.  She even borrowed a cat to try and keep them out.

“The very existence of the plague here is making us poor,” she said. “I have to look after my sick child, so I do not have time to go to the fields and farm anymore.”

Although plague is easily treatable with antibiotics, which are available in most health zones in Ituri, UNICEF stressed that it is important to seek treatment quickly.

A recent report found that although communities in the three targeted health zones are aware of factors which increase their exposure to plague, poverty, conflict and displacement have hindered people from taking action to protect themselves and their children.

The situation is further aggravated by additional factors, such as lack of resources, which forces many people to sleep on floors because they do not have beds; unsafe funeral practices, poor waste disposal, and seeking medical care through traditional methods rather than recognized health centres.

UNICEF is appealing for support to assist affected communities in Ituri, including through a rat and flea eradication campaign and the construction of homes that are more resistant to rodents and dangerous insects.  The agency is also working to provide beds for children made from locally available materials.  “We want to give parents the means wherever possible to provide children with beds and stop young people from having to sleep on the ground where they are more exposed to plague through flea bites,” said Ms. Scott Moncrieff.

“At the same time, we want to ensure that householders and subsistence farmers can live in a secure environment with the resources to keep their food and livestock safely in separate buildings from where they live and sleep.”