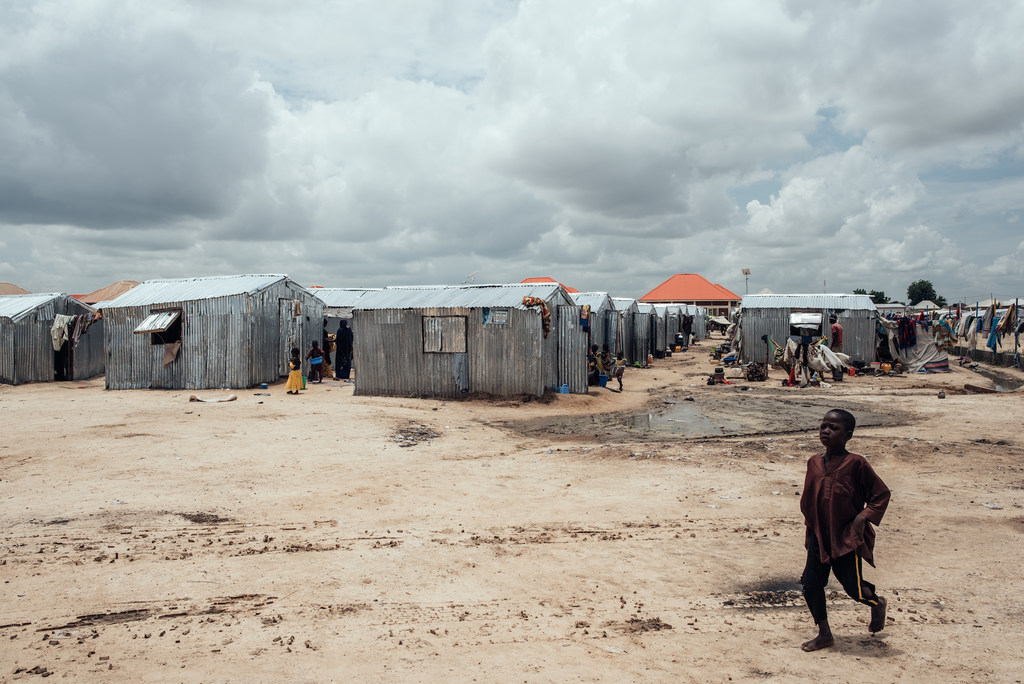 While the release of more than 200 girls abducted from their school on Friday in northwest Nigeria is a welcome development said senior UN officials there on Tuesday, civilians and aid facilities have come under attack in the country’s northeast, highlighting the plight of civilians who have suffered years of conflict and insecurity.

“As information is still coming through, I am outraged to hear the premises of several aid agencies and a hospital were reportedly set ablaze or sustained damage”, he said in a statement on Tuesday.

“Civilians and aid workers, their facilities and assets should never be a target. They must be protected and respected at all times”, Mr. Kallon added, calling on all armed groups to immediately stop the violence.

The UN official also voiced deep concerns for the safety and security of thousands of residents of Dikwa, including internally displaced persons living inside and outside camps as well as those who had returned to the community to rebuild their lives after years in displacement.

The town of Dikwa, which is about 90 kilometres (56 miles) from the provincial capital Maiduguri, is a key transit location, serving as a gateway to Bama, Ngala, Mafa and Marte local government areas.

“The attack will affect the support provided to nearly 100,000 people who are desperately in need of humanitarian assistance and protection, particularly as the COVID-19 pandemic risks spreading in Borno state”, he added.

Northern Nigeria has been in the grip of a Boko Haram extremist insurgency for over a decade, which has led to widespread displacement as well as skyrocketing levels of hunger and malnutrition.

UNICEF/Andrew EsieboInternally displaced children from Dikwa in Borno state, Nigeria, having their evening meal at the house of their host. (file photo)

News of release of schoolgirls, ‘a relief’: UNICEF

Also on Tuesday, the UN Children’s Fund (UNICEF) expressed relief at the reported release of over 200 girls abducted in an attack on their school in Jangebe in Zamfara state, northwest Nigeria, in the early hours of Friday.

“While we rejoice at the release of the schoolgirls and look forward to their safe return to their families, we reiterate that attacks on students and schools are not only reprehensible but a violation of the right of children to an education”, Peter Hawkins, UNICEF Nigeria Representative, said in a statement.

“It is a right that any society can ill-afford to violate”, he stressed.

Mr. Hawkins called on the authorities to “take all measures” to protect schools in the country so that children will not be fearful of going to school, and parents afraid of sending their children to class.

Meanwhile, violence continues to drive fresh displacement in Nigeria’s northwest, including thousands who fled to neighbouring Niger, into areas where violence is also on the rise, the UN refugee agency (UNHCR) reported on Tuesday

“UNHCR teams in Niger have recorded a spike in deadly violence inside Maradi itself, with more casualties and serious incidents reported in January and February 2021 than in the second half 2020”, Boris Cheshirkov, UNHCR spokesperson, said at a regular media briefing in Geneva.

Over 7,660 Nigerian refugees arrived in Niger’s Maradi this year, bringing the total to nearly 100,000 displaced, including Niger citizens displaced within their country, he added.

Those fleeing described “gruesome murders, kidnappings for ransom, and looted villages”, Mr. Cheshirkov said, noting that many were also caught up in clashes between farmers and herders, as well as vigilantism, with self-defence groups set up in most villages.

“People fleeing are in urgent need of water, food, shelter, and health services. Most have fled empty handed in the rush to save their lives”, he added.

Responding to the situation, UNHCR is providing life-saving assistance and protection and has scaled up border monitoring activities. The agency has also supported relocation of over 11,000 refugees away from the border to villages, with better facilities such as water, health and sanitation.