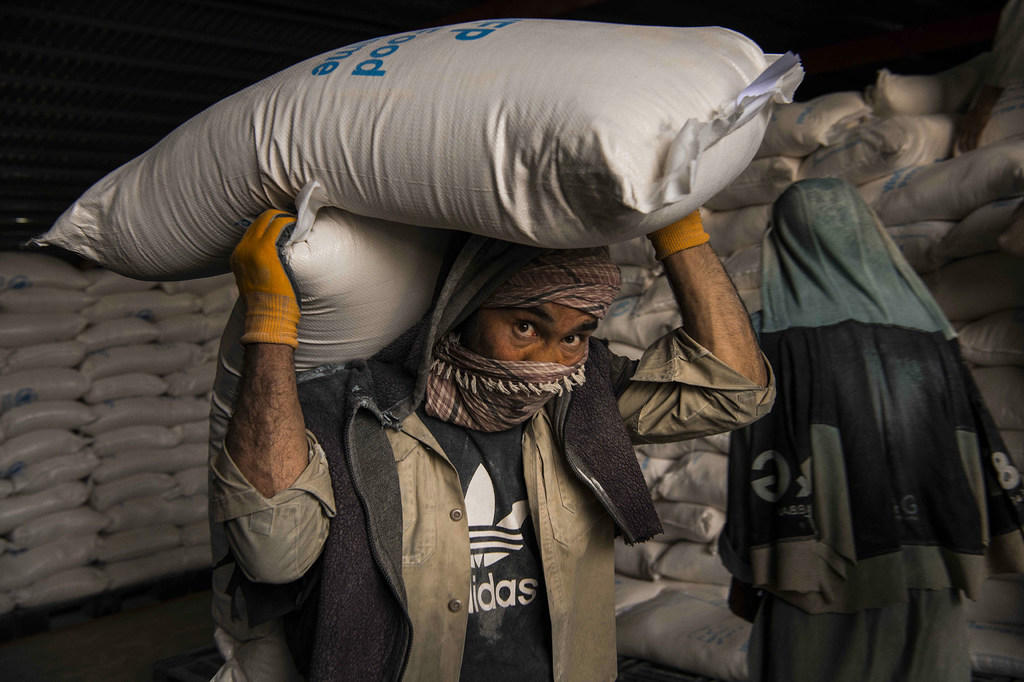 A crisis of incredible proportions is unfolding in Afghanistan as conflict, combined with drought and COVID-19, is pushing Afghans into a humanitarian catastrophe, the UN food relief agency said on Wednesday.

Meanwhile, since the beginning of the year, conflict and insecurity have driven more than 550,000 Afghans from their homes as some 70,000 displaced people have converged from across the country into the capital, Kabul.

And as the cost of sustenance has surged in recent months, WFP Regional Director John Aylieff pointed out that today, 14 million people in Afghanistan are struggling to put food on the table.

“The price of wheat has gone up by 25 per cent in the last months and, therefore, with the economic situation…and with the turmoil in which the country has been thrown, it is very difficult now to see the future for this population…a future which is food secure…without malnourished children”, he said.

This month, WFP plans to reach almost 500,000 people in and around Mazar, the fourth-largest city of Afghanistan, with wheat flour, oil, lentils and salt

“There are no crops, no raining, no water and people are living in misery”, said Delawar, a 52-year-old Afghani, adding that WFP’s assistance is “a great mercy from God” that “really helps poor and needy people”.

However, as the UN agency is due to run out of wheat flour as early as October, it requires immediate funds upfront to support the millions depending on it to deliver food.

This is Afghanistan’s hour of greatest need and we need the international community to step up and support them, the WFP underscored.

As thousands of people try to leave from the Kabul airport, WFP reported that relatively few have sought refuge in neighbouring countries.

“We have plans in place to assist if they do cross land borders”, the UN agency said, noting that if donors want to avoid large refugee outflows, it is “imperative” that WFP’s food operations inside the country are not interrupted.

The UN agency described funding existing needs in Afghanistan, Iran, Pakistan and Tajikistan as most urgent, saying that it needs $200 million for Afghanistan and $22 million for the neighboring countries.