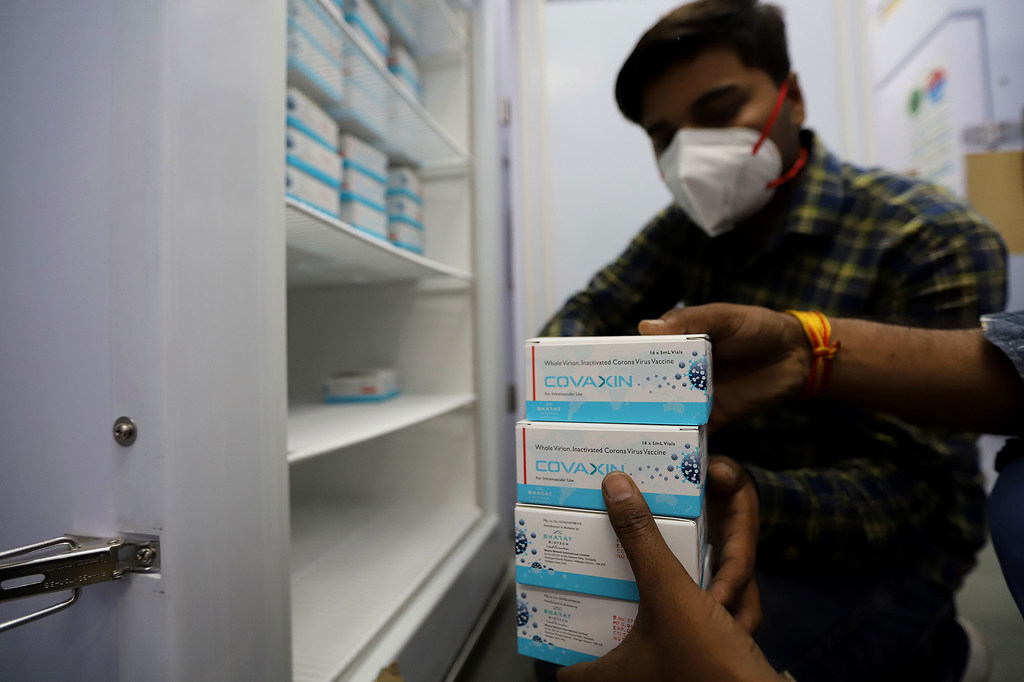 With the coronavirus still raging in many parts of the world, the UN’s refugee agency, UNHCR, warned on Tuesday of vaccine shortages, especially in the Asia-Pacific region, and urged “immediate and stronger support” for the global COVAX initiative for equitable access to COVID-19 vaccines, “including for refugees and asylum-seekers”.

“This is critical to save lives and curb the impact of the virus, particularly in developing nations”, UNHCR spokesperson Andrej Mahecic told a regular press briefing at the Palais des Nations in Geneva.

Although Asia-Pacific countries host the vast majority of more than 80 million forcibly displaced people around the globe, they have benefited from only a fraction of the world’s COVID-19 innoculations, according to the agency.

Concern over the situation in the region continues to rise as the number of cases has surged to the largest increase globally.

UNHCR stressed that the pandemic will only be defeated when vaccinations are available everywhere “on an equitable basis”.

Over this period, some 38 million COVID-19 cases have been recorded along with more than half a million deaths, devastating many already fragile health systems in the region.

Moreover, the highly infectious variant of the virus which first emerged in India “threatens to rapidly spread in the sub-region”, including among refugee populations, he added.

In Cox’s Bazar, Bangladesh, where almost 900,000 Rohingya refugees are living in the single largest and most densely populated cluster of refugee camps in the world, the number of cases has jumped considerably in the last two months, UNHCR emphasized.

“As of 31 May, there have been over 1,188 cases confirmed among the refugee population, with more than half of these cases recorded in May alone”, the agency’s spokesperson told journalists.

“We have also seen a worrying increase in the number of COVID-19 cases among refugees and asylum-seekers in Nepal, Iran, Pakistan, Thailand, Malaysia and Indonesia”, he said.

Shots on the move

While efforts are underway to mitigate the spread of the coronavirus, preventive measures must be complemented with intensified vaccinations.

Although some refugees, including in Nepal, have received their first jab with COVAX-provided supplies, not a single vaccine has been administered to Rohingya refugees in Bangladesh.

The scarcity of supplies in the country means that some of the world’s most vulnerable people remain susceptible to the virus.

“UNHCR is adding its voice to the calls for countries with surplus doses to donate to COVAX, and for manufacturers to boost supplies to the COVAX facility”, said Mr. Mahecic.

Included in its regular budget, UNHCR’s total financial requirements for COVID include $455 million in supplementary needs and $469 million in COVID-related activities.

To date, including projected contributions, UNHCR has received $252.8 million or only 27 per cent of these requirements.