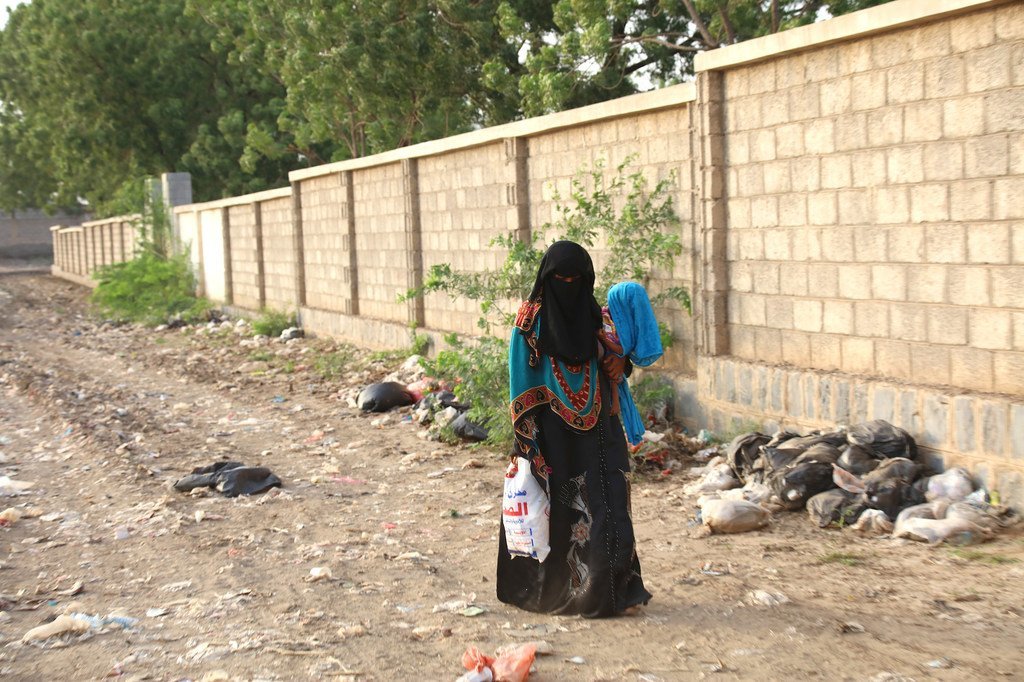 The UN chief has condemned airstrikes launched early on Friday by the Saudi-led coalition battling Houthi rebels in Yemen, that struck a detention centre in the rebel-held city of Saada, which have left at least 60 dead, and more than hundred injured.

The Saudi-led coalition supporting the internationally recognized Government, has been fighting Houthi militants who control much of the country including the capital Sana’a, since 2015. Conflict escalated this week, following an attack on coalition partner, the United Arab Emirates by Houthi forces, on Monday.

Secretary-General António Guterres said in a statement issued by his Spokesperson, that Fridays bombings, which included other areas of the country, included child casualties according to local reports, and reminded all parties that “attacks against civilians and civilian infrastructure, are prohibited by international humanitarian law.”

The UN Mission to support the Hudaydah Agreement (UNMHA) said on Friday it was gravely concerned about recent hostilities in the crucial port city of Hudaydah, that have caused “devastating loss of civilian life, multiple injuries and damage to public infrastructure.”

News agencies reported that at least six civilians were killed and 18 others injured after Saudi jets bombed residential areas in the city early Friday. The UN chief’s statement said that one of the airstrikes on Hudaydah had significantly disrupted vital internet services, “across much of the country.”

“The Secretary-General calls for prompt, effective and transparent investigations into these incicents, to ensure accountability”, said the statement, adding that “urgent de-escalation” was needed. The UN chief called for the parties to meet the UN Special Envoy “to advance the political process, to reach an negotiated settlement to end the conflict.” 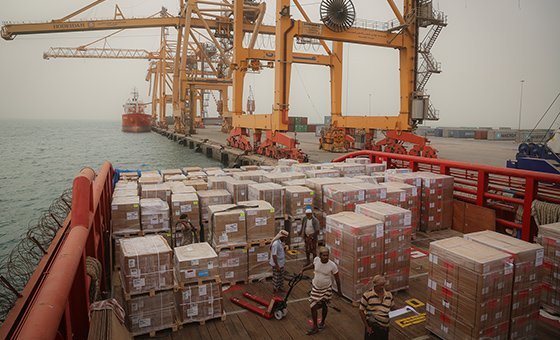 On 30 June 2018 in Yemen, a ship berths in Hudaydah port and emergency humanitarian supplies sent by UNICEF are offloaded., by © UNICEF

UNMHA’s mandate was approved following the historic UN-brokered Hudaydah Agreement of December 2018, to support a monitoring mission backing the ceasefire across the region and demilitarization of the city. The Red Sea port is a crucial point of entry for aid and the vast majority of Yemen’s exports.

In Friday’s statement, the UN mission reminded all parties of their commitments to protect civilians, to avoid continued loss and injury of innocent Yemenis and damage to public infrastructure.

“The consequences of continued military confrontation in Hudaydah could be catastrophic for Yemenis, given the importance of the Hudaydah ports, which remain a critical lifeline for the population” the mission warns.

According to the UN humanitarian affairs office (OCHA), close to 80 per cent of imported goods flowing through them.

The country has historically been 80 to 90 per cent dependent on imported food, medicines and fuel.

UNMHA’s team is currently on the ground assessing the situation.

Earlier this week, the UN rights office (OHCHR) said that escalating conflict in Yemen has seen an alarming number of air and drone strikes this year, notably against civilians and non-military targets.

The latest data indicates that the level of violence this month could soon surpass that witnessed in December, judging by the number of airstrikes, drones and rockets employed by all sides to the long-running war.

So far in January, there were 839 airstrikes by the Saudi-led coalition, compared with 1,074 for the whole of December.

In a statement, UN Secretary-General, António Guterres, condemned the violent escalation and stressed that attacks on civilians and civilian infrastructure are prohibited by international humanitarian law.