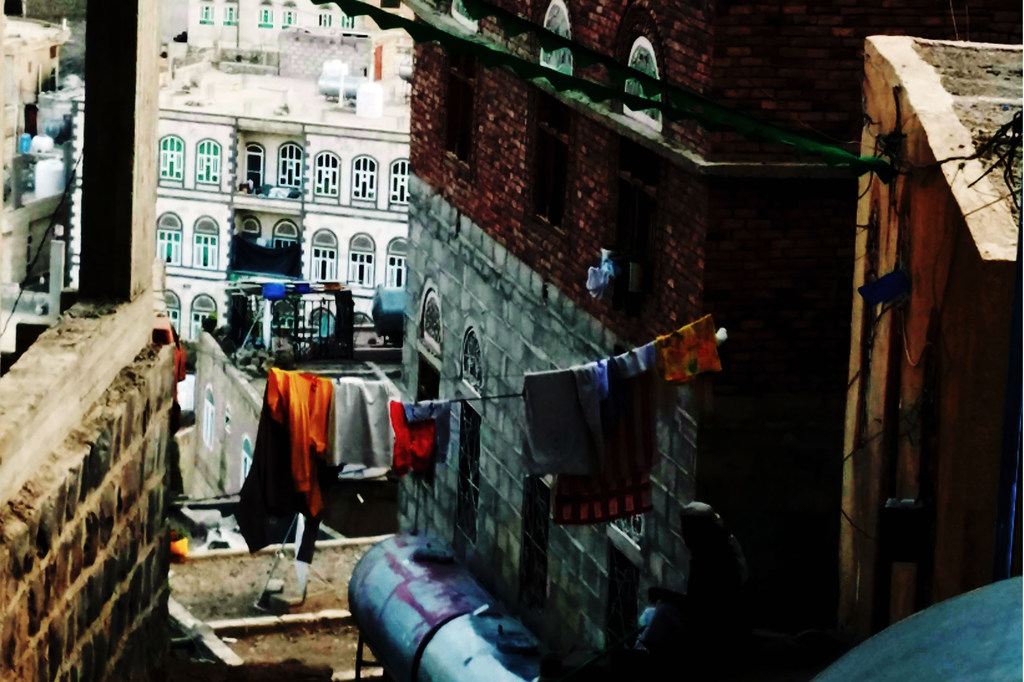 The UN migration agency (IOM) on Monday called for “urgent humanitarian access” to an overcrowded migrant detention centre in Yemen’s capital, Sanaa, where a deadly fire reportedly led to multiple deaths at the facility at the weekend.

IOM also called for the release of all migrants from the Immigration, Passports and Naturalization Authority Immigration Holding Facility, where many Ethiopian detainees were being held, along with “renewed commitment to providing safe, predictable movement options for migrants”.

Dozens have reportedly been injured, and IOM tweeted that more than 170 have been treated for injuries “with many remaining in critical condition.” Carmela Godeau, IOM’s Regional Director for the Middle East and North Africa, said “its impact is clearly horrific”.

The final death toll or full extent of injuries has yet to be determined.

Noting that nearly 900 migrants were in the overcrowded holding facility at the time, IOM said that it had personnel on the site when the blaze broke out next to the main building, in a hangar, where more than 350 people were located.

Alongside the Ministry of Public Health, teams of IOM health workers and ambulances, together with 23,000 medical items were immediately dispatched to the facility and to hospitals to provide life-saving assistance.

The IOM official offered condolences to the families of those who died, and asked that the migrant community in Sana’a be given the space to “respectfully mourn and bury their dead in a dignified manner”, adding that the UN stands ready to provide additional support.

“We are facing challenges accessing the injured due to an increased security presence in the hospitals”, warned Ms. Godeau, stressing that humanitarians and health workers must be given access to treat those affected by the fire and others who have been receiving long-term care.

“As many migrants are in a critical condition, meeting their health needs must be an urgent priority”, she said.

Yemen acts as a transit country for tens of thousands of migrants travelling between the Horn of Africa and Saudi Arabia, said IOM.

COVID-19 mobility restrictions have reduced arrivals from more than 138,000 in 2019, to slightly over 37,500 in 2020; and thousands of stranded migrants have little access to basic services or protection. IOM upheld that the Yemeni authorities should protect all people in the country, including migrants.

Meanwhile, the UN agency has been working with the Government to restart its Voluntary Humanitarian Return programme that had been on hold since the start of the pandemic.

So far in Aden alone, over 6,000 people have been registered to return and 1,100 are set to do so in the coming weeks.

IOM has also been discussing the resumption of a humane voluntary returns process with the authorities in Sana’a.

In related coverage, the UN has condemned multiple drone and ballistic missile attacks reportedly carried out on Sunday against multiple locations in Saudi Arabia for which Houthi forces, also known as Ansar Allah, have claimed responsibility.

According to UN spokesperson Stéphane Dujarric​, the world body is also concerned about retaliation airstrikes on Sana’a and Hudaydah, reportedly carried out by the Saudi-led coalition.

“We urge all parties to abide by their obligations under international humanitarian law”, he said, reiterating that such actions are “detrimental to the mediation efforts being carried out by Special Envoy Martin Griffiths, who will continue to work with all parties to advance the political process to reach a negotiated settlement to end the conflict”.