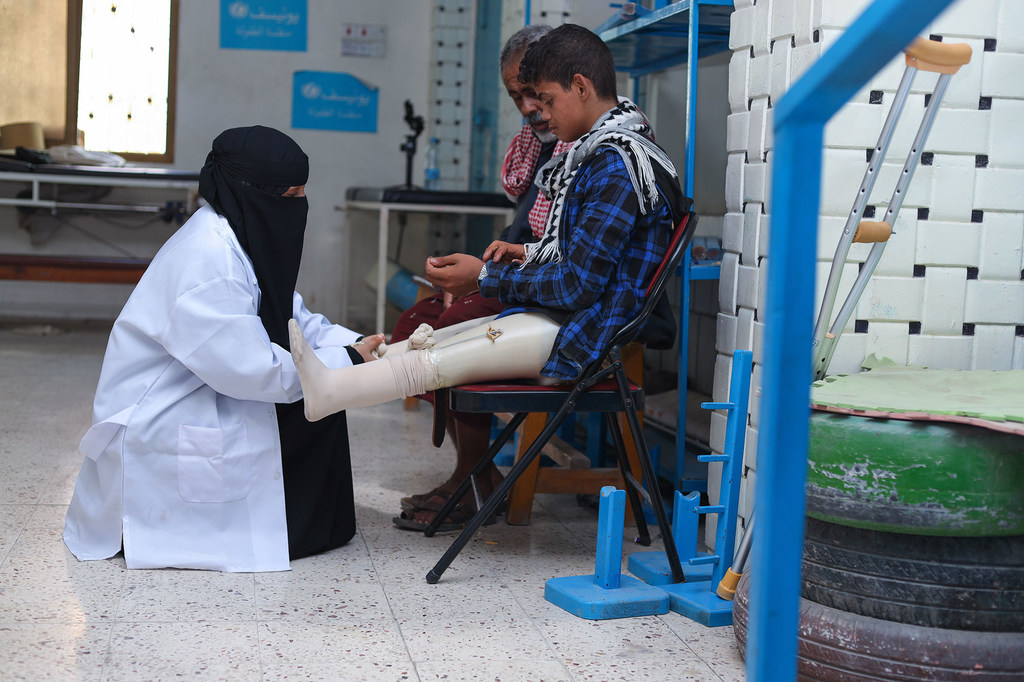 At least 8 children have reportedly been killed or injured in escalating violence in Yemen in the past five days.

According to the UN Children’s Fund (UNICEF), more than 10,000 children have been killed or maimed since the escalation of the conflict in March 2015, between a pro-Government Saudi-led coalition, and Houthi rebels; the equivalent of four children every day.

These are just the incidents that the United Nations has been able to verify, so the true figure is “likely far higher”, said the agency in a statement released on Wednesday.

In the Marib region alone, where the conflict has recently surged, eleven children have been killed or maimed in the past month.

UNICEF Executive Director, Henrietta Fore, said that “whenever the conflict in Yemen flares and violence escalates, children are the ones who pay the heaviest price.”

“Families are being torn apart by horrific violence. Children cannot and must not continue to be the victims of this conflict”, she added.

The agency also notes that attacks on civilians, including children, and on civilian property, can violate international humanitarian law.

UNICEF is calling on all parties to the conflict to protect civilians, prioritise the safety and wellbeing of children, and stop attacks on civilian infrastructure and in densely populated areas.

This latest wave of violence makes a desperate situation for children and families even worse. According to the UN, the country’s humanitarian crisis continues to be the worst in the world.

An estimated 1.7 million children are internally displaced, and more than 2 million are out of school.

Nearly 2.3 million boys and girls under the age of five suffer from acute malnutrition and around 8.5 million children do not have access to safe water, sanitation, or hygiene.

Following the outbreak of the conflict in 2015, the UN has repeatedly reiterated that there is no military solution to the Yemeni crisis and has called for a return to peaceful negotiation, through the Office of the UN Special Envoy for the country.