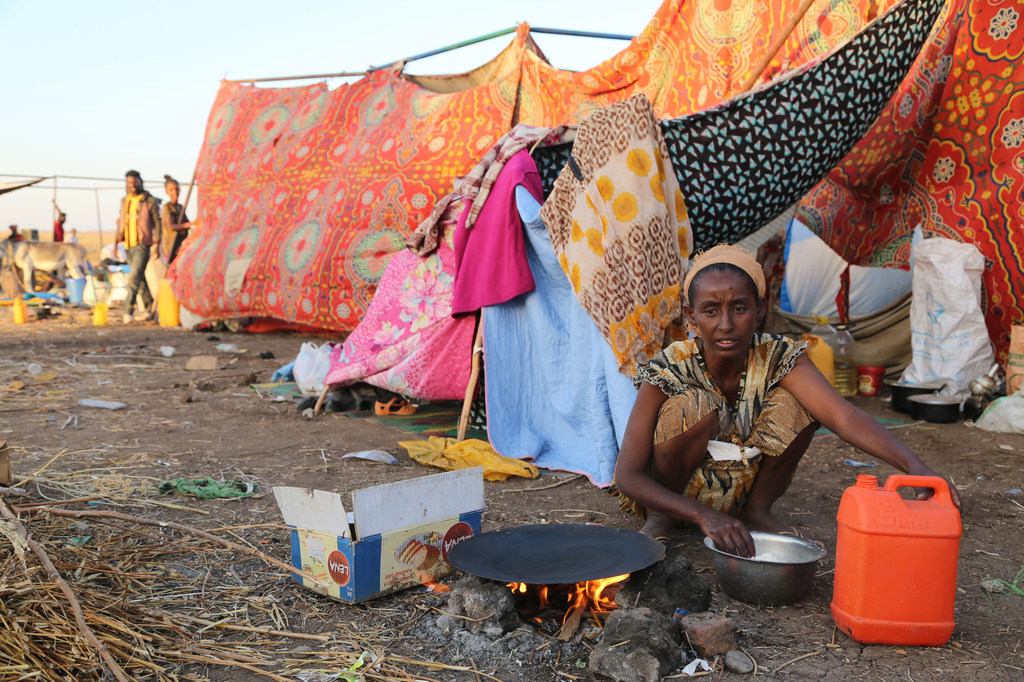 The United Nations Secretary-General, on Tuesday, voiced grave concerns over the crisis in Ethiopia’s Tigray region and underscored the need for urgent efforts to protect populations at risk.

According to a statement issued by his spokesperson, Secretary-General António Guterres remained “seriously concerned” over the situation in the region, where hundreds of thousands of people are in need of humanitarian assistance.

In the statement, the Mr. Guterres “attached strong importance to the partnership between the Government of Ethiopia and the United Nations, through its Country Team, in addressing the acute humanitarian needs of all affected populations.”

The UN chief “underlined the need for continued urgent steps to alleviate the humanitarian situation and extend the necessary protections to those at risk”, the statement added.

High Commissioner Grandi, who recently concluded a mission to Ethiopia, described the situation in Tigray as “extremely grave”.

“People need all possible forms of support: food items, non-food items, medicine, clean water, shelter [and] the closure of the banking system, of the telecommunication system has added to the hardship of thousands of people”, he said at a press conference in Addis Ababa on Monday, before leaving the country.

Mr. Grandi said that though “some progress” in the security situation was reported by the Government, “isolated or scattered incidents continue to happen … and in some areas we continue to observe, violence carried out by various armed elements and militias, but also as often is the case in these military situations, by criminal elements and this has resulted in looting, in violence, sexual violence, in rape.”

WFP/Leni KinzliHumanitarian agencies are responding to the needs of tens of thousands of refugees who have fled from Ethiopia’s Tigray region to Sudan.

The High Commissioner for Refugees went on to note that he held frank discussions with the Government, where he underlined the that “access is fundamental” for the UN and NGOs to assess the situation and reach people with assistance.

Given the volatile situation, such procedures must be very agile to ensure security of humanitarian workers, Mr. Grandi stressed.

During his mission, Mr. Grandi travelled to southern Tigray and met with refugees at the Mai Aini refugee camp, one of the four camps hosting Eritrean refugees. The people he spoke with reported “very concerning” issues, said Mr. Grandi.

“They reported that they had been cut off, as we know, from support and assistance for several weeks. Some of them told us and told [Ethiopian Minister of Peace] that they had resorted to eating leaves because there was no other food.”

Refugees also reported having been caught up in crossfire, of infiltration of armed actors in the camps, as well as of some forced returns to Eritrea at the hands of Eritrean forces present in the areas. There were also reports that some refugees chose themselves to return to Eritrea given the insecurity prevailing in Tigray, he added.