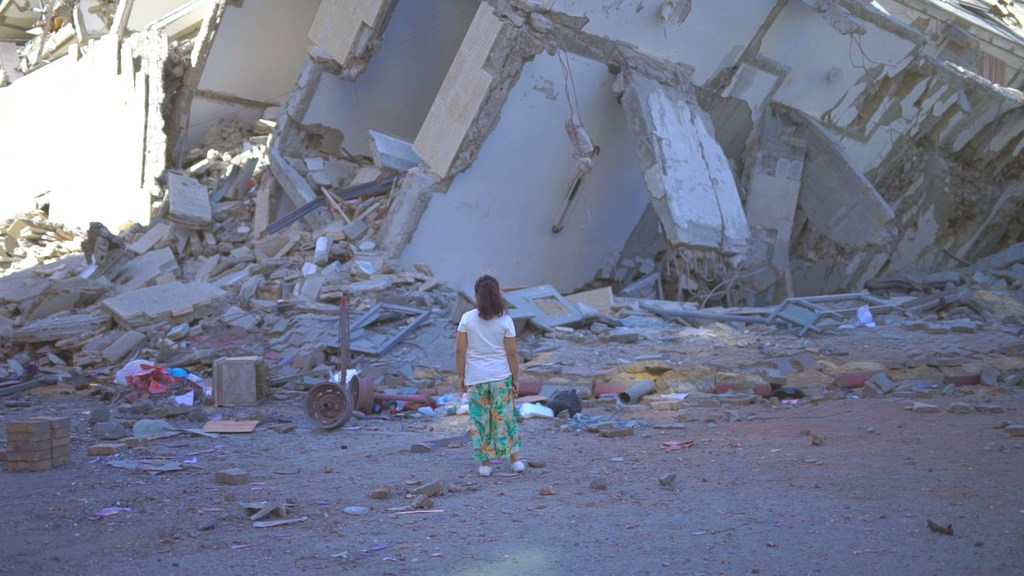 The cessation of hostilities negotiated last month between Israel and Hamas, which controls the Gaza Strip, remains “very fragile”, the UN envoy there told the Security Council on Thursday.

“The UN is working closely with all concerned parties and partners…to solidify a ceasefire, allow the entry of urgent humanitarian  assistance and stabilize the situation in Gaza”, Special Coordinator for the Middle East Peace Process Tor Wennesland said, referring to the conflict that erupted between Israel and Palestinian armed groups in the occupied enclave.

The ceasefire was declared on 20 May, after 11 days of rocket and air attacks across the border area between Gaza and southern Israel, leaving more than 240 reportedly dead, the majority on the Palestinian side, with thousands injured.

More than 230 Palestinians were killed as a result of Israeli fire, and at least 12 were killed in Israel, as Hamas and other extremist groups, unleashed rocket attacks.

Mr. Wennesland urged all sides to “refrain from unilateral steps and provocations” and reduce tensions.

“Everyone must do their part to facilitate ongoing discussions to stabilize the situation on the ground and avoid another devastating escalation in Gaza”.

Before updating the Council on recent developments, the UN envoy congratulated Israeli’s new coalition Government of Prime Minister Naftali Bennett and Alternate Prime Minister and Foreign Minister Yair Lapid, with hopes of advancing a two-State solution and lasting peace between Israelis and Palestinians.

Turning to reports of more violence across the Occupied Palestinian Territory (OPT), he said that since 3 May, five Palestinians had been killed and some 100 others injured by live ammunition in the West Bank.

And on 15 June during a right-wing Israeli activist march through Jerusalem’s Old City, 66 Palestinians, including 12 children, were injured by rubber-bullets and physical assaults while rallies throughout the Gaza Strip by national Islamic forces had seen further incendiary balloon attacks, launched towards Israel.

He was particularly concerned over a plan to expand the Har Homa settlement in East Jerusalem and by new settlement outposts, which he pointed out were also illegal under Israeli law.

“Israeli settlements constitute a flagrant violation of United Nations resolutions and international law”, Mr. Wennesland reminded. “They are a major obstacle to the achievement of a two-State solution and a just, lasting and comprehensive peace”.

“The advancement of all settlement activity must cease immediately”, he said.

Against the backdrop of an “alarming increase” in violence between Israelis and Palestinians, “at a scale and intensity not seen in years”, the UN Coordinator expressed special concern over what he described as an attempt to “exploit the sensitive status of Jerusalem”, to justify a broader armed conflict.

He said this had only “deepened the divisions” and made progress towards peace “an even greater challenge”, appealing for an immediate halt.

“Perpetrators of violence on all sides must be held accountable and swiftly brought to justice”, he said, adding that the authorities on both sides must carry out “thorough, independent, impartial and prompt investigations into all instances of possible excessive use of force”. 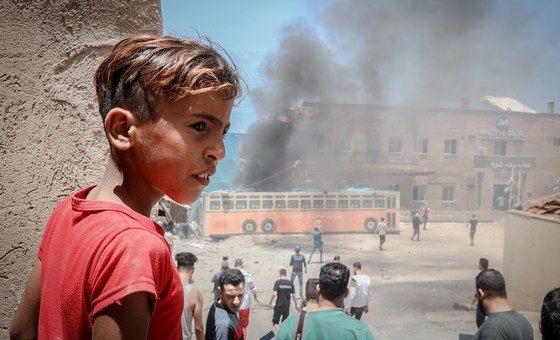 Meanwhile, as the UN continues to coordinate the delivery of urgent humanitarian assistance to Gaza, following widespread destruction due to Israeli strikes, the UN envoy pushed all to “facilitate unimpeded access”.

“We are moving quickly to ensure that there is a well-coordinated international response focused on the two million people in Gaza who have suffered for far too long”, he said.

Noting that with some “narrow exceptions”, the Kerem Shalom crossing to Gaza from Israel has been closed for over five weeks, Mr. Wennesland stressed that it should be open “for regular, non-sensitive trade”.

In closing, the Special Coordinator echoed “the significant risks” of a renewed escalation and highlighted “the urgent need to re-establish a political horizon” to restore hope to both Palestinians and Israelis.

As international efforts focus on halting hostilities in the longer term, providing humanitarian assistance and reconstructing Gaza, he reiterated the UN’s commitment to support  the parties in resolving the conflict and ending the occupation in pursuit of two States, Israel and Palestine, “living side-by-side in peace and security”.