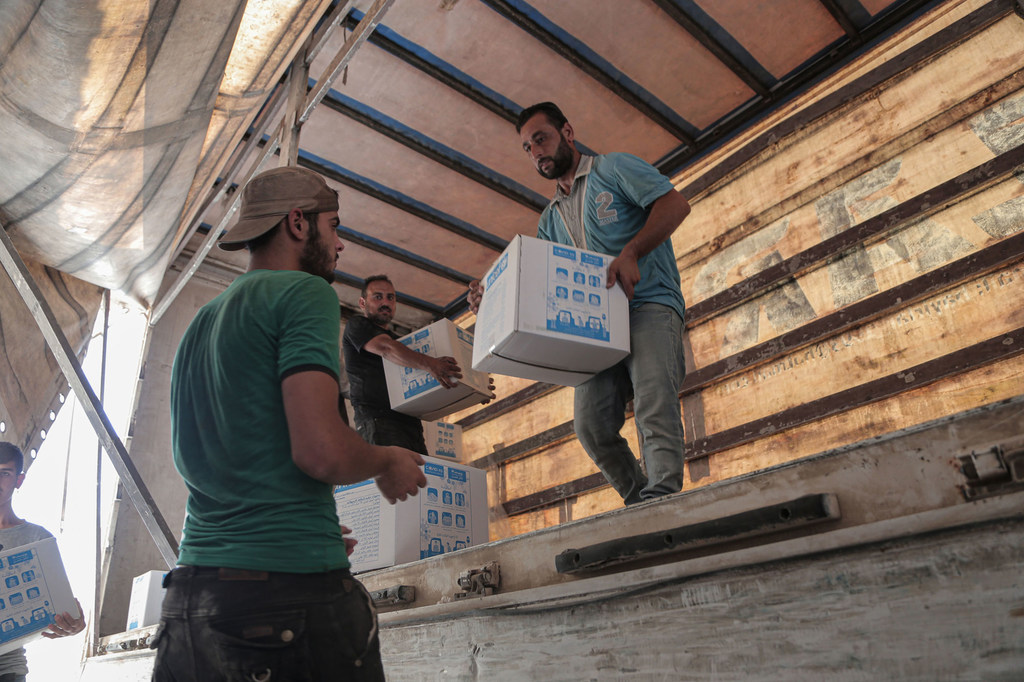 More than 1,000 trucks have been transporting food, medicine and other items through the Bab al-Hawa border crossing each month over the past year, but a resolution authorizing these operations is set to expire on 10 July.

“I strongly appeal to the members of the Council to reach consensus on allowing cross border operations as a vital channel of support for another year”, Mr. Guterres said, speaking via video link from Brussels.

“A failure to extend the Council’s authorization would have devastating consequences”, he warned.

More dire than ever

A decade of war in Syria has left 13.4 million people dependent on aid relief. The UN humanitarian operation there is the biggest in the world, with around $10 billion needed to support people affected by the conflict, whether in the country or as refugees across the region.

The Secretary-General reported that for many Syrians, conditions are worse than at any time since fighting began, and the situation in the northwest is the most dire in the country.  More than 70 per cent of people require humanitarian assistance to survive, and nearly three million are displaced.

Mr. Guterres said more humanitarian access is required to reach those most in need.

“That is why I have been clearly expressing how important it is to maintain and expand access, including cross-border and cross-line operations”, he told ambassadors.

“We are in dialogue with Turkey and groups in control of the area, and I have strong hopes that it will be possible to start cross-line operations soon. But we must recognize that they will never be able to replace cross-border assistance at the present levels.”

As the clock ticks while ambassadors deliberate, the UN and partners will continue to deliver assistance to Syrians, the acting head of the UN humanitarian affairs office, OCHA, told the Council.

Ramesh Rajasingham pointed out that the cross-border mechanism is also “one of the most heavily scrutinized and monitored aid operations in the world”, and failure to extend it will have stark consequences as NGOs would be unable to meet the massive needs.

“With 90 per cent of people in need requiring assistance for their survival, they would face a truly catastrophic situation. There is simply no substitute for the cross-border operation”, he stated.

Mr. Rajasingham emphasized that while the UN and partners use all possible means to reach people in northwest Syria, operations across frontlines from within the country have not been possible. However, these would complement, and not replace, the cross-border mechanism.

“When it comes to delivering life-saving aid to people in need across Syria, all channels should be made, and kept, available. The stakes are simply too high otherwise”, he said.

“I echo the Secretary-General’s call to the Security Council to help ensure that the United Nations and its humanitarian partners have every opportunity to assist people in need by extending the cross-border authorization for 12 months.”