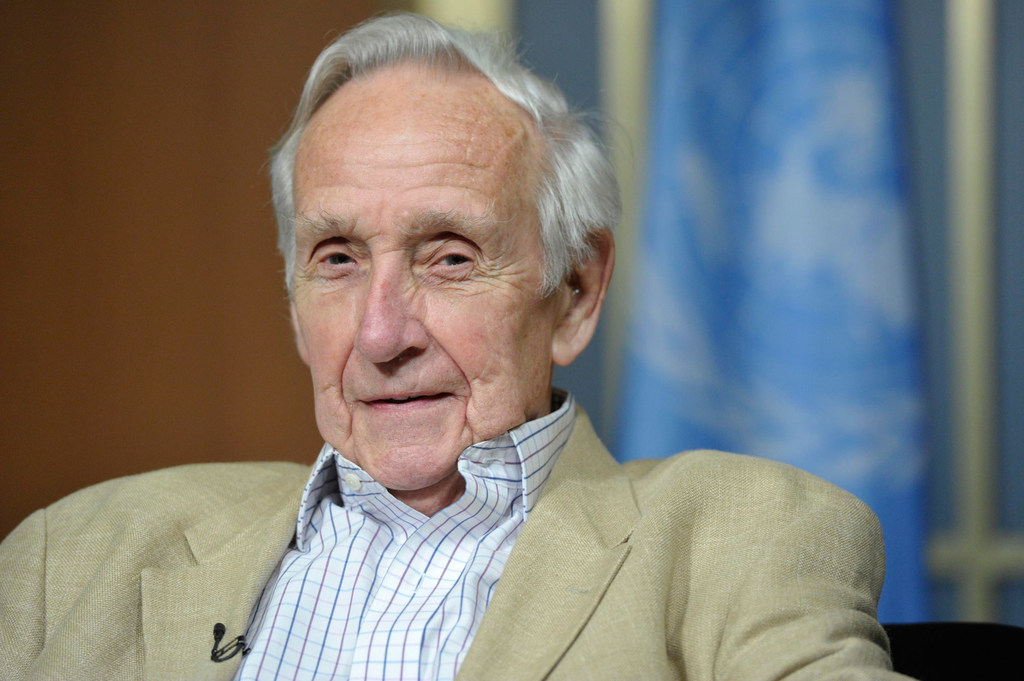 From the Congo to the Middle East, UN icon Sir Brian Urquhart was at the “centre of formative global events”, Secretary-General António Guterres said in a statement on Sunday, paying tribute to the legendary staff member who died yesterday at the age of 101.

Expressing his deep sadness over Sir Brian’s passing, Mr. Guterres offered his condolences to the family of the “legendary long-time United Nations official” as well as to his “legions of admirers within and beyond” the UN.

“Sir Brian’s imprint on the United Nations was as profound as that of anyone in the Organization’s history”, Mr. Guterres said.

Until his retirement in 1986, the long-serving official worked as a principal adviser to five UN secretaries-general, directed 13 peacekeeping operations, recruited 10,000 troops from 23 countries and instituted peacekeeping as one of the core tenets of the Organization.

“He set the standard for the international civil service: dedicated and impartial”, the UN chief continued.

“As an aide to Secretary-General Dag Hammarskjöld, he helped to define the UN’s scope of action in addressing armed conflict and other global challenges. And as a close associate of Ralph Bunche, the renowned UN official and Nobel Peace Prize winner, Sir Brian helped to establish and then propel international peacekeeping into wide-ranging use”.

In his memoir, A Life in Peace and War, about the UN’s earliest days, Sir Brian wrote: “We were all optimists…who believed in the possibility of organizing a peaceful and just world”.

“Across the decades, in service to several of my predecessors, Sir Brian[’s]… involvement in global affairs continued well after the end of his UN career through extensive writings that included definitive biographies of Hammarskjöld and Bunche”, said the UN chief.

And Mr. Urquhart maintained that optimism across his life, shaping the United Nations and history itself.

“He was also a mentor for UN staff and countless young people as they pursued their careers”, said the Secretary-General. “We are grateful for his brilliant and incomparable contributions as a stalwart servant of ‘we the peoples’”.