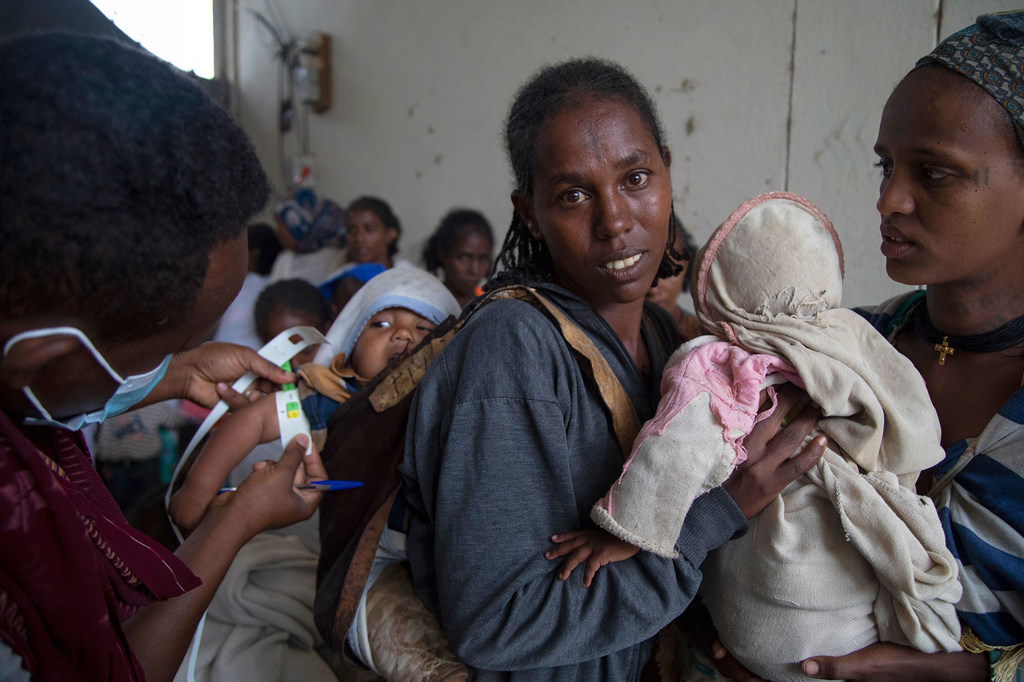 The United Nations has received alarming reports of aerial attacks in the residential areas of Tigray’s capital, Mekelle, on Monday morning local time.

Speaking to reporters in New York, the UN Spokesperson said the Organization was still trying to verify the details, but it is worried about the potential impact on civilians who reside or work in the affected areas.

According to Stéphane Dujarric, the Secretary-General is “deeply concerned” over the escalation of the conflict in northern Ethiopia. 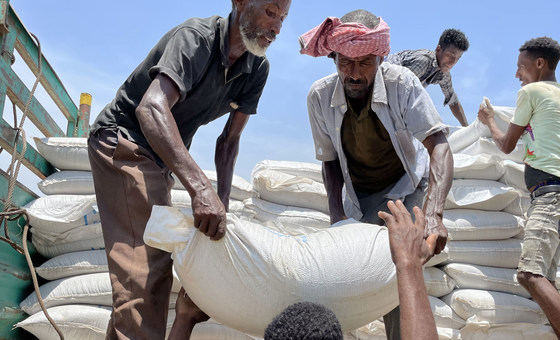 Food is unloaded from a truck at a WFP distribution site in Zelazle in the north of Tigray. , by © WFP/Claire Nevill

Fighting erupted in Tigray nearly a year ago between the Ethiopian military and forces of the Tigrayan People’s Liberation Front (TPLF), the main political force in region. Thousands are feared killed amidst allegations of widespread human rights abuses, with more than two million forced to flee their homes.

Over the past few months, humanitarian needs have grown, amid killings, looting and destruction of health centres and farming infrastructure, including irrigation systems that are vital to the production effort.

According to Mr. Dujarric, António Guterres is stressing that all parties must avoid the targeting of civilians or civilian infrastructure, and reiterated his call for all hostilities to stop.

“He urges the parties to prioritize the welfare of the people and to provide the necessary support for critical humanitarian assistance to flow, including facilitating the movement of fuel and medicines”, Mr. Dujarric said.

The lack of essential supplies, especially cash and fuel, is severely disrupting aid operations in Tigray, where at least 400,000 people are now facing famine-like conditions.

Under international humanitarian law, all parties have an obligation to protect civilians and civilian infrastructure. This includes hundreds of humanitarian workers who are working tirelessly to aid millions of civilians.

Civilians are being “caught up in the fighting and the fighting itself is forcing us to reduce life-saving operations when people need them most, including food distributions, water distribution and health services”, Mr. Dujarric said.

The conflict has spilled into the neighbouring regions of Amhara and Afar, where the ability to reach people in dire need of assistance, has also been hampered.

In the three regions – Tigray, Amhara and Afar – up to seven million people are now in dire need of food assistance, according to the World Food Programme (WFP). The majority of them, around 5.2 million are in Tigray.

The UN is calling on all parties to urgently allow and facilitate the rapid and unimpeded passage of relief supplies and aid personnel, to all areas with humanitarian needs, including those affected by the recent fighting.

This includes fuel and cash, “without which humanitarians cannot do their work, and medicines, so our colleagues can reach people who desperately need assistance”, added Mr. Dujarric.