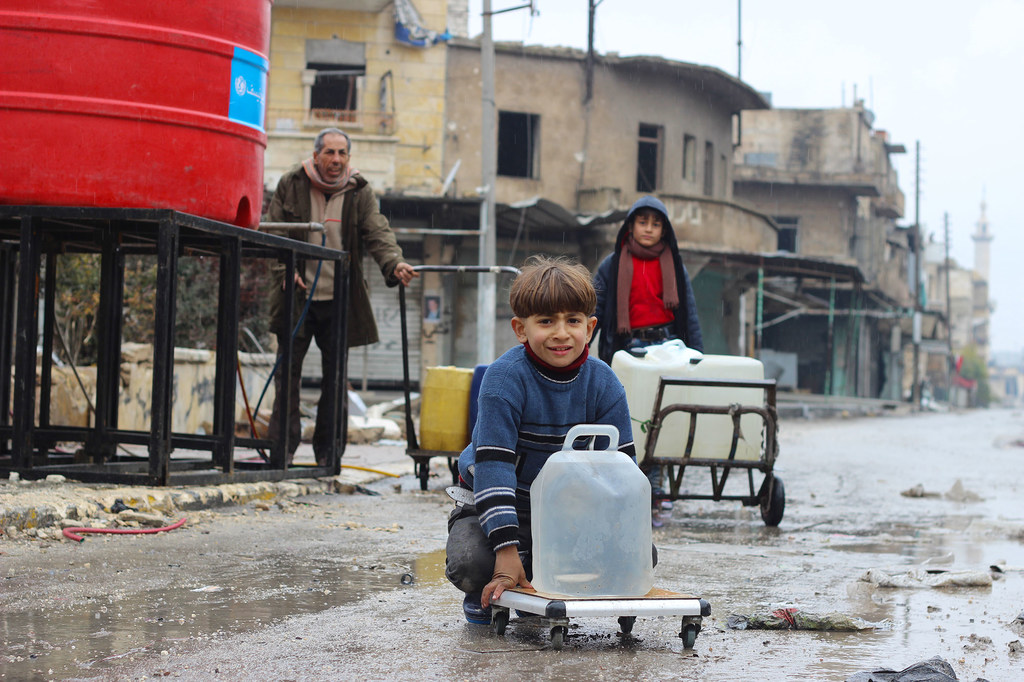 Now is not the moment to reduce humanitarian aid to Syria, the UN Emergency Relief Coordinator told the Security Council on Monday, stressing that after 10 years of conflict, more support was needed to avoid further “dramatic and widespread” deterioration.

Indeed “needs are higher than ever”, he said. “We estimate that 13.4 million people across all parts of Syria require humanitarian aid” – 20 per cent more than last year.

Turning to the country’s humanitarian situation, the Emergency Relief Coordinator spoke of airstrikes and intolerable levels of danger in the Al Hol refugee camp that threatens the UN’s ability to operate.

Noting that 41 residents there had been murdered this year, he explained that it houses almost 40,000 foreign and Syrian children – more than 30,000 of whom are less than 12 years old.

“It is entirely unacceptable that they remain in this unsafe environment”, Mr. Lowcock underscored, urging countries to “take their nationals home”. Many are families of former ISIL terrorist fighters, and many countries have refused to repatriate their citizens, despite pleas from UN human rights experts, arguing that they should be tried locally.

The UN relief chief said that while “a major security operation” was underway, it has forced the suspension of many humanitarian services. On Sunday, Kurdish-led forces reportedly made arrests, aimed at rooting out ISIL followers sheltering inside the camp.

“Security must be provided in a manner that does not endanger residents or violate their rights, and that does not restrict humanitarian access”, stressed the UN official.

He highlighted that some 75 per cent of the more than four million people in northwest Syria depend on aid to meet their basic needs and almost 85 per cent are reached monthly through cross-border assistance.

He shared a letter from a women’s group in Idlib that said: “As women, mothers and those responsible for our families, we stand against stopping a cross-border resolution. We do not want our children to starve.”

Turning to the northeast, he acknowledged that while humanitarian assistance has been scaled up “needs still surpass our ability to address them”.

“We estimate that 1.8 million people require assistance in areas of northeast Syria outside of the control of the Government”, over 70 per cent of whom are in extreme need, said the UN official, adding that healthcare is insufficient and lifesaving medical supplies are dangerously low.

The UN humanitarian operation currently reaches about 7.7 million people across the country every month – a significant increase from last year that reflects the deteriorating situation.

On Tuesday, the UN will be co-hosting the Brussels V Conference in support of Syria and neighbouring countries affected by the crisis, he said, informing that UN-coordinated humanitarian organizations are seeking some $4.2 billion to reach 12.3 million Syrians inside the country and another $5.8 billion for countries hosting Syrian refugees.

“Our ability to deliver aid and stave off an even worse situation for millions of civilians will depend on the political will and financial generosity of the international community, including the countries represented in this Council”, concluded the Relief Coordinator.

It represents “tragedy upon tragedy for a once-beautiful country rendered unrecognizable today. And for a generation of children growing up knowing nothing but war”, she stated. “Across Syria, nearly 90 per cent of children now require humanitarian assistance”.

Ms. Fore headlined tomorrow’s conference as “a chance to renew global support” in key areas and to urgently close the funding gap in northwest Syria, where needs are the greatest.

“Needs are multiplying”, she said, calling on the Council to “renew the Resolution on cross-border assistance” and reach an agreement on accessing children through cross-line operations.

The UN official stressed that “all parties should immediately stop attacks on children”, protect crucial services and support UNICEF’s call for “the safe, voluntary and dignified release, repatriation and reintegration of children in the northeast”.

“For millions of war-weary Syrian children, hope is all they have. We call on this Council to not only keep their hope alive but match it with the solutions and support they need — and the lasting peace they deserve”, the UNICEF chief said.

Considering the closed border crossings and reauthorizing the sole existing aid route, United States Secretary of State, Antony Blinken, said that compared to the complicated challenges often weighed by the Security Council, “this is not one of them”.

He added that the lives of people there, “depend on us getting urgent help. We have to do everything in our power, to create ways for that aid to get to them, to open pathways, not to close them.”

“The only long-term solution to this suffering is through a political settlement and permanent resolution to the conflict, as outlined in UN Security Council Resolution 2254”, he said.