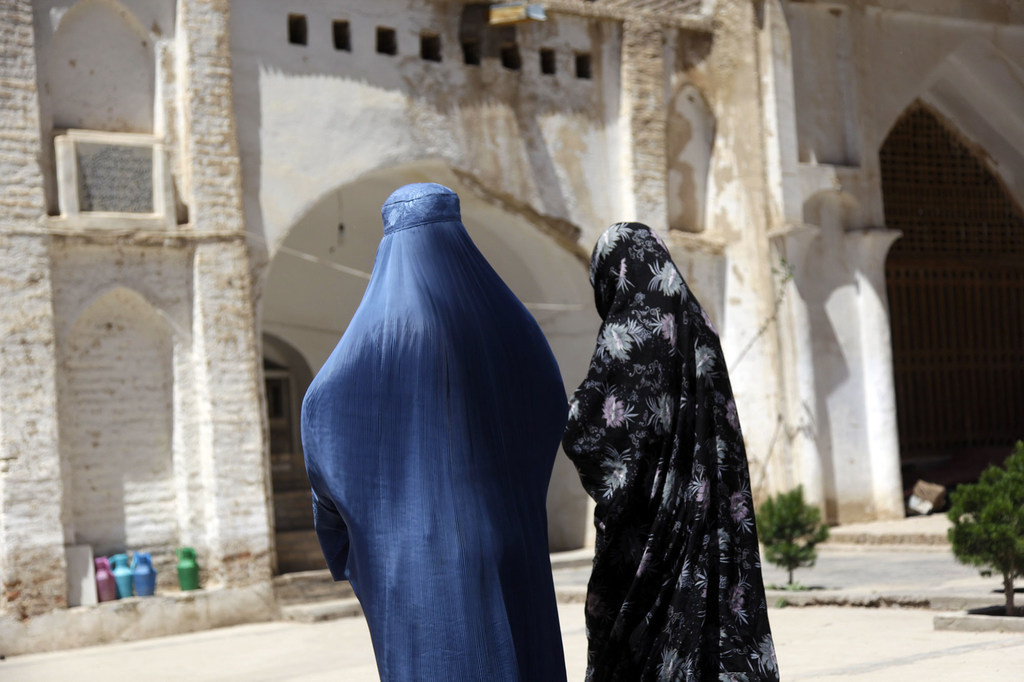 The international community should urgently offer a “lifeline” to millions of vulnerable Afghans “who face perhaps their most perilous hour”, the UN Secretary-General said on Monday.

Leading the appeal in Geneva for $606 million to support emergency aid for 11 million people across the country, António Guterres said that even before the uncertainty caused by the Taliban takeover last month, people were in the grip of one of the worst crises in the world.

“The people of Afghanistan need a lifeline,” he said. “After decades of war, suffering and insecurity, they face perhaps their most perilous hour. Now is the time for the international community to stand with them.”

Highlighting concerns over humanitarian access as needs rise dramatically, Mr. Guterres maintained that the country’s new rulers had pledged their cooperation “to ensure assistance is delivered to the people of Afghanistan. Our staff and all aid workers must be allowed to do their vital work in safety — without harassment, intimidation or fear.”

One in two Afghans do not know where their next meal is coming from, the UN chief explained, adding that “many people could run out of food by the end of the month, just as winter approaches”.

The flash appeal for food, life-saving interventions and essential health care – including maternal health care – comes against a backdrop of deep concern that women’s rights are under threat from Afghanistan’s new rulers.

Speaking at the Human Rights Council in Geneva on Monday, High Commissioner for Human Rights Michelle Bachelet stressed the extent of the humanitarian and economic crisis in Afghanistan.

It had entered “a new and perilous phase”, she maintained, while many Afghans were also “profoundly concerned for their human rights, particularly women, ethnic and religious communities”.

Ms. Bachelet’s comments followed a warning from her office, OHCHR, that whips, batons and live ammunition have been used on peaceful protesters in the last week.

Unauthorized assemblies have been banned and telecommunications companies have been told to cut the internet on mobile phones in specific areas of Kabul, OHCHR warned last Friday.

Alluding to those concerns at the high-level conference in Geneva, the UN Secretary-General highlighted the need for food, life-saving interventions and essential health care for the people of Afghanistan.

And he insisted that “robust mechanisms” had been established to coordinate humanitarian efforts that were anchored in human rights.

Assurances from the Taliban

Echoing the UN’s determination to “stand by” the people of Afghanistan and protect “hard-won gains” for the country’s people over the last 20 years, UN emergency relief chief Martin Griffiths noted that he had received written assurances from the Taliban leadership to allow relief efforts to continue.

These guarantees followed his meeting with the Taliban’s interim leaders in Kabul last week, where he urged the country’s new rulers to respect human rights and facilitate aid access.

Women and girls should have access to education, among other rights and services “as anywhere else in the world”, Mr. Griffiths insisted, before revealing that the Taliban’s written commitments included the removal of “current and previous impediments” to the UN’s humanitarian projects.

Aid workers would also be protected by the Taliban, as would the sanctity of UN premises, the UN emergency relief chief explained, adding that they were in agreement about women’s rights and freedom of expression, in line with the country’s religious and cultural values.

Speaking from Kabul, the UN High Commissioner for Refugees, Filippo Grandi, underscored the high level of needs among Afghanistan’s 3.5 million displaced people, and the potential for even greater suffering.

“If you look at it from the perspective of the current crisis, I fear that the collapse of services, and that the economy that has already been described as a risk, coupled perhaps with increased violence and tension, could lead to a much greater displacement, internal and external, and this may happen very soon.”

If funding is received soon it can be used to scale up help to vulnerable Afghans displaced outside the country, Mr. Grandi added, highlighting the need for financial support for vaccination campaigns and resettlement programmes.

As part of the wider Afghanistan appeal, the UN Population Fund (UNFPA) is seeking nearly $30 million to respond to the urgent needs of Afghanistan’s women and girls.

The funding will be used to meet the reproductive health and protection needs of some 1.6 million vulnerable women and girls across the country.

UNFPA continues to deliver services amid the current crises afflicting the country, through 200 family health houses and protection centres.

The political unrest and ongoing volatility, combined with a suspension in international donor funding, has disrupted access to life-saving healthcare, the agency said, warning that further reductions in support to education, health and social services, would have devastating consequences.

Meanwhile, the head of the UN Food and Agriculture Organization (FAO) has underlined the urgent need to safeguard rural livelihoods and avoid massive displacement.

His agency is seeking $36 million to speed up support to farmers and ensure they will not miss the upcoming winter wheat planting season.

FAO will also assist around 3.5 million Afghans, who depend on agriculture for their incomes, until the end of the year.

More updates to come on this story later.