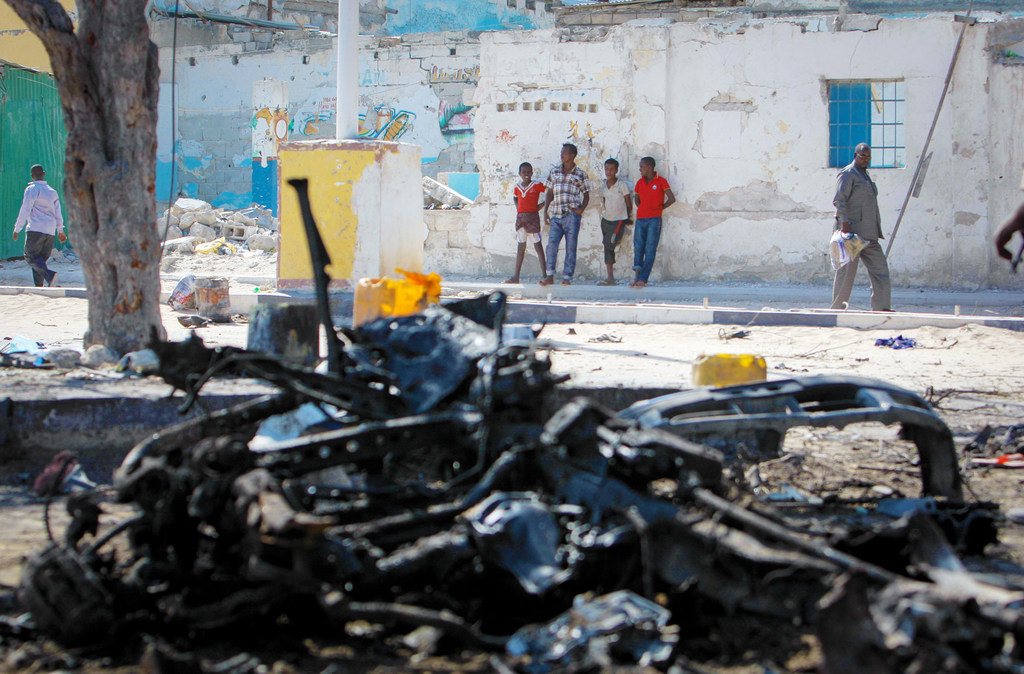 The UN Assistance Mission in Somalia (UNSOM) issued a statement on Tuesday, alongside international partners, strongly condemning an outbreak of violence in the capital Mogadishu and urging all sides to “exercise maximum restraint, resume dialogue, and avoid unilateral actions that may lead to a further escalation”.

According to media reports, fighting began on Sunday between pro-Government forces and opposition military units after President Mohamed Abdullahi Mohamed moved to extend his term last week, which had officially ended in February, for another two years.

Reports from Mogadishu said that localized skirmishes have spread to other parts of the country, with fears growing that extremist group al Shabaab could exploit the divisions.

“We have repeatedly warned that the extension of mandates would lead to a political crisis and undermine peace, stability and security in Somalia”, the statement read.

Signatories to the statement expressed particular alarm over an emerging fragmentation along clan lines of the Somali National Army, saying that it detracts from the primary task of combating Al Shabab and protecting the Somali population.

“Use of security forces for pursuit of political objectives is unacceptable”, they spelled out.

The co-signers reiterated that the 17 September agreement, whereby the leaders of the Federal Government and all five Federal Member States approved an indirect electoral model for the country’s upcoming polls, “remains the only agreed model for elections” and on that basis, urged those signatories to “return immediately to talks”.

UNSOM and its international partners welcomed the decision of the African Union Peace and Security Council to appoint a Special Envoy and recommended that this high-level representative arrive in Mogadishu to begin work, as soon as possible.

“We stand ready as partners to extend our support to this envoy, and meanwhile we continue efforts to bring the parties together”, they said, reaffirming their “respect for Somali sovereignty, unity, territorial integrity, and independence”.

On Monday, the Spokesperson for Secretary-General António Guterres issued a statement of deep concern over the armed clashes, and reiterated the UN chief’s call for all Somali combatants to refrain from further violence and resolve their differences through dialogue and compromise.

“The Secretary-General urges all Somali stakeholders to resume negotiations immediately and forge an agreement based on the 17 September Electoral Model and Baidoa proposals”, the statement read.