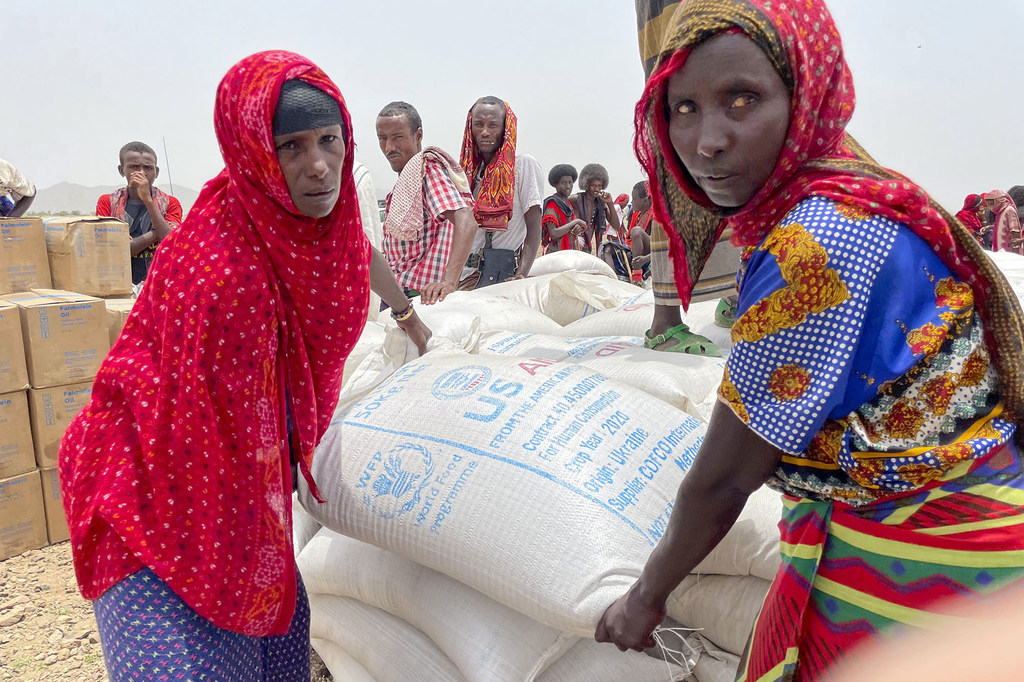 Millions of people in Ethiopia could be pushed deeper into hunger as the World Food Programme (WFP) faces a major funding shortfall that threatens its operations there over the coming six months, the UN agency warned on Monday.

WFP urgently needs $579 million to deliver food aid and livelihood support to some 12 million Ethiopians and refugees.  This includes $316 million for food and nutrition assistance to nearly four million people in the war-ravaged north.

The Ethiopian authorities, together with WFP and other partners, are struggling to address the hunger crisis in the country.

“Timely and complete food and nutrition support is critical to alleviating the suffering of millions across Ethiopia,” said Dr. Steven Were Omamo, WFP Representative and Country Director.

“In addition to the severe challenges facing conflict-impacted populations in many regions, we are deeply concerned about climate-related vulnerability and food insecurity in dry lowland areas,” he added.

Although food is available, Dr. Omamo stressed that unless the agency receives new funding commitments soon, “we will be unable to purchase and mobilise this food to prevent millions from falling into severe hunger and hardship by early next year.”

WFP cited latest analysis which shows record-high levels of acute food insecurity are expected in Ethiopia through at least the middle of 2022, with the northern, southern, and southeastern parts of the country of highest concern.

Last month, WFP reported that the number of people who need food assistance across the north had risen as a direct result of the ongoing war there.

The food security situation in all three regions of Afar, Amhara and Tigray is already critical, the agency said on Monday, and it will worsen if disruptions to humanitarian aid continue as a result of the fighting.

Meanwhile, the southern and southeastern areas of Ethiopia are facing a third consecutive below-average rainfall season.

The intensifying drought has caused significant livestock losses, while wiping out fragile livelihoods and also worsening food insecurity through the middle of next year.

WFP said although donors have stepped up and contributed to its operations in Ethiopia, the level of funding has not kept up with the rising needs.

Funding shortages have already led to ration cuts affecting some 710,000 refugees across the country, and 2.4 million food insecure people in Somali region.

WFP is working throughout northern Ethiopia with the Federal government and regional authorities, to reach populations affected by the conflict.

The agency urged the warring sides to respect its staff and assets, as well as access to areas of need.