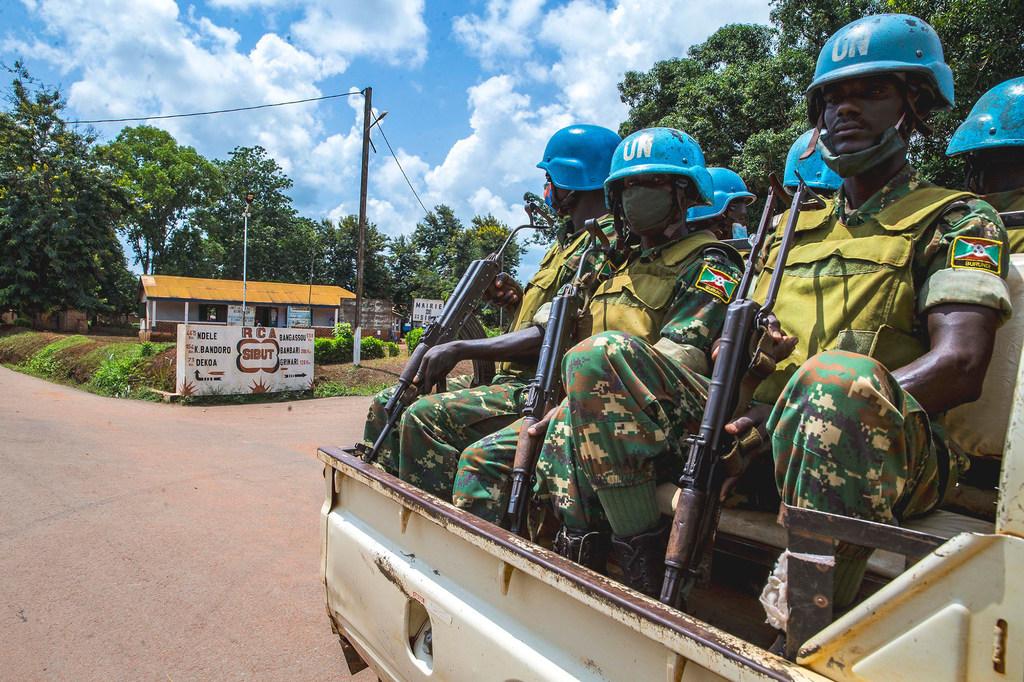 The announcement last week of a unilateral ceasefire in the Central African Republic is among recent positive steps in the country, the top UN official there told the Security Council on Monday, urging continued support for peace and reconciliation efforts.

Mankeur Ndiaye, Special Representative of the Secretary-General and head of UN peacekeeping operation, MINUSCA, underlined the need to maintain “positive momentum” as the authorities strive to achieve democracy and stability in the wake of presidential and parliamentary elections.

Running out of time

The UN mission’s mandate expires next month, and Mr. Ndiaye said an extension is especially needed to assist with local elections, which have not been held in more than 30 years.

The extension, alongside strong determination by the government and engagement by international partners, are also essential for the adoption of lasting political solutions in the CAR.

“With the support of all the members of the Council, we will work hard to make the best use of our good offices in order to promote a transparent coordinated and coherent approach in order to generate necessary contributions to the resolution of the crisis in the CAR,” he said, speaking through an interpreter.

Mr. Ndiaye described the declaration of the 15 October ceasefire by President Faustin Archange Touadéra as “a major step” towards dialogue in the CAR, a country that has been plagued by armed violence for nearly a decade.

The truce is in line with a joint roadmap for peace adopted a month earlier by the countries that comprise the International Conference of the Great Lakes Region (ICGLR).  This in turn has helped to reinvigorate a February 2019 peace deal signed by the Government and 14 armed groups in the country.

It could also contribute to the conducive environment needed for the Government’s planned launch of an inclusive dialogue with all political parties.

“It is essential that all the armed groups and their leaders without any exception, subscribe in good faith to the peace process by fulfilling in good faith all their obligations pursuant to the agreement of the 6 February and the joint roadmap,” said Mr. Ndiaye, underling the need for accountability.

President Touadéra, who also addressed ambassadors by videoconference, said he was counting on the Council’s support to “safeguard the integrity” of the two peace agreements.

“My declaration of a ceasefire demonstrates once again, if there was such a need, that our only ambition is to ultimately find a lasting political solution in the CAR to the crisis that we are enduring,” he said, speaking through an interpreter.

Insecurity persists in various areas of the CAR, affecting delivery of humanitarian aid.  Although some 3.1 million people need protection and assistance, a humanitarian appeal for the country is only around 60 per cent funded.

Military operations have been conducted in response to armed group activities, particularly in the west and central regions. Some groups have also been attempting to “reconquer” former strongholds in the northwest, centre and southeast, where increased human rights violations have been reported.

“We are also aware that critical contribution of the mandate and the robust posture of MINUSCA contributes to making the political process more credible,” said Mr. Ndiaye, urging the Council to provide additional personnel and resources.

However, he also highlighted the increase in sexual exploitation and abuse by personnel serving at the mission. Last month, the UN announced the immediate repatriation of all military units from Gabon following credible reports of alleged abuse of girls by unidentified ‘blue helmets’.

Mr. Ndiaye stressed the need to rigorously enforce the Secretary-General’s zero-tolerance policy for such incidents. “We count on the members of the Council and the effective cooperation of (troop-contributing countries) to put an end to the scourge by strict compliance with the obligations that are incumbent on everyone.”