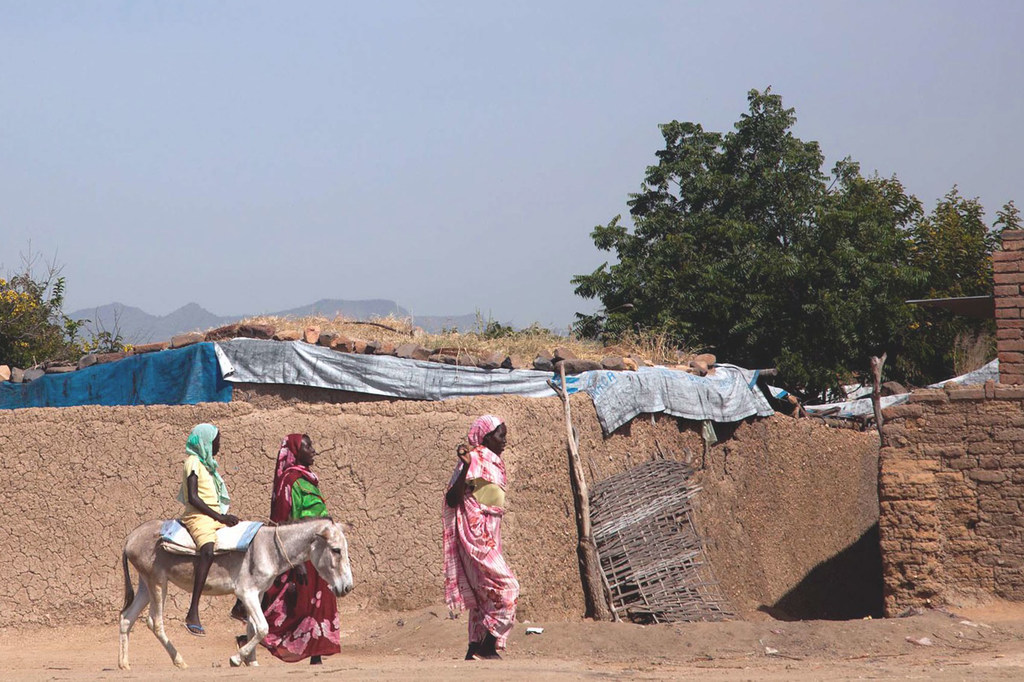 The international community must stay focused on achieving justice and peace for the people of Darfur, the outgoing Prosecutor at the International Criminal Court (ICC) told the Security Council on Wednesday.

In her final briefing to ambassadors, Fatou Bensouda underlined that the Court is the only institution that promised hope to victims of the brutal conflict in the Sudanese province.

“When this Council referred the Darfur situation to the ICC in March 2005, it brought hope to victims of atrocity crimes in Darfur by sending a clear message that justice was not only important in its own right but also with a multiplier effect in achieving sustainable peace in Darfur”, she said.

The ICC investigations centre around allegations of genocide, war crimes and crimes against humanity, committed during fighting which began two years earlier between Government forces, backed by allied militia known as janjaweed, and Darfur rebel movements.

Five arrest warrants were issued, including against President Omar Al-Bashir who was deposed in a 2019 after 30 years in power.

Alleged former janjaweed commander Ali Muhammad Ali Abd-Al-Rahman, also known as “Ali Kushayb”, voluntarily surrendered himself to the ICC in June 2020 and his confirmation of charges was held last month.

Sudan has been moving along a path of political and economic transition, and last October the authorities and two Darfur armed groups signed a landmark peace agreement.

Ms. Bensouda recently led the ICC’s first mission to the country, and reported that the Court and the Government “have turned a new page in their relationship”.

Citing a new era of dialogue and cooperation, she added that investigators are preparing to travel to Darfur soon.

While the visit has rekindled hope, enthusiasm could easily be dampened “through our inaction or half-hearted, ineffective action”, she warned.

“The clear and consistent message I received from Darfur victims in El Fasher, Nyala and Zalingei is that the four outstanding warrants must be executed and that suspects must be handed over to the ICC”, she said, a message which she also stressed to officials during her visit.

The Prosecutor placed particular emphasis on the urgent need to transfer Ahmad Harun, a former Minister of State, to the Court.

“Almost all the suspects are in the custody of the Government of Sudan and there is no legal impediment to their surrender to ICC”, she said.

“In particular, credible reports and other information, indicate that Mr. Harun has expressed his wish to be transferred to the ICC. I appeal to this Council to prevail upon Sudan to immediately honour Mr Harun’s wish and facilitate his transfer to the ICC without delay.”

‘One of humanity’s proudest moments’

Ms Bensouda saluted the people of Darfur for their courage, perseverance and unrelenting belief in the course of justice, and their support for the ICC, stating it was the only institution that promised hope to them, and other victims.

In concluding, she highlighted the Court’s importance to the international community.

“I often state that the creation of the ICC must surely be one of humanity’s proudest moments,” she said.

“It is, because it represents an awakening rooted in great human suffering throughout the ages, culminating in the recognition that lawless wars and conflict must no longer receive a pass to cause human carnage.”