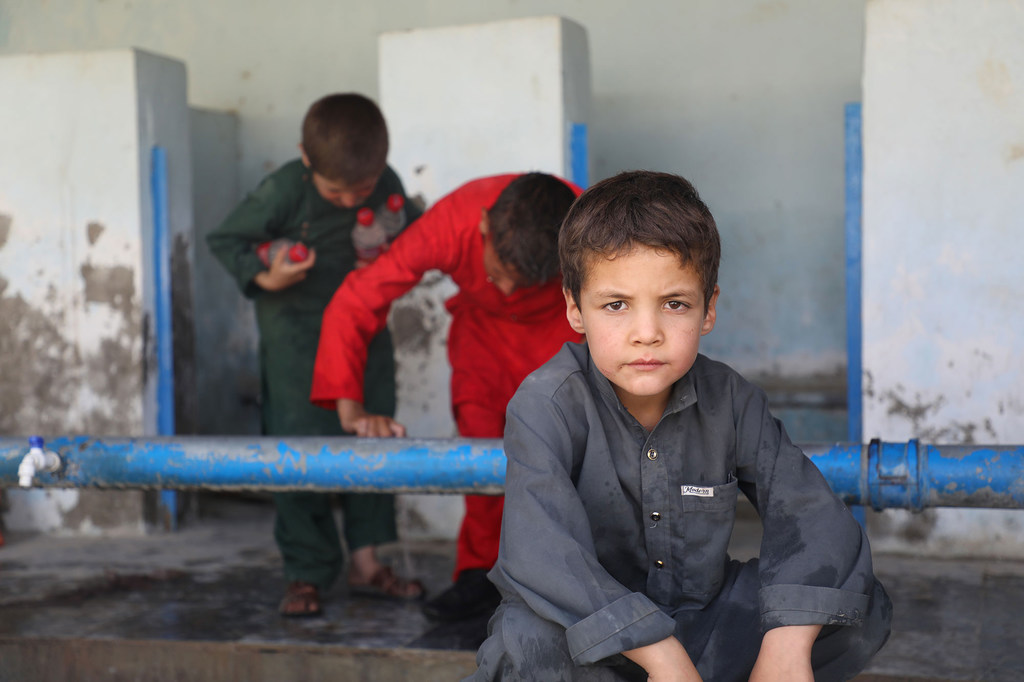 Despite a prevailing “sense of fear” among vulnerable citizens, UN humanitarian agencies and their partners reiterated their commitment to the people of Afghanistan on Friday, informing that they are still accessing those in need throughout the country.

“UNHCR remains concerned about the risk of human rights violations against civilians in this evolving context, including for women and girls”, said spokesperson Shabia Mantoo from the UN refugee agency.

“As of today, those who may be in danger have no way out. UNHCR is calling on countries neighbouring Afghanistan to keep their borders open in light of the evolving crisis in Afghanistan.”

Highlighting video footage taken earlier this week showing crowds outside Kabul airport and men clinging in desperation to departing airplanes on the runway, the UNHCR official warned that the Afghans who could not get away should not be forgotten.

Addressing questions about humanitarian aid access constraints, the UNHCR official explained that around 200 national and international staff “remain on the ground” in Afghanistan, where they work with 18 local non-government partners employing around 900 staff throughout the country.

“At present, we are able to access all provinces, and are working in some two-thirds of all districts”, Ms. Mantoo said.  “Together with the wider UN country team, we are committed to staying and delivering aid to the Afghan people for as long as we have access to populations in need and can ensure safety for our staff.”

The UNHCR official added that the agency was not involved in State-led evacuation operations, which although welcome, did not address the plight of many millions of Afghans.

“These evacuations are lifesaving, they’re critical, they’re needed”, said Ms. Mantoo. “But they are bilateral programmes organized with the States so we encourage those, they should continue. But the main message is that a broader international response is needed.”

Vital assistance getting through

Since the beginning of this year, UNHCR has provided emergency assistance to 230,000 people in the country, including cash assistance, hygiene support and other relief items.

Needs assessments are also ongoing for some half a million displaced Afghans, 80 per cent of whom are women and children.

With 550,000 people displaced inside Afghanistan this year and millions more prior to the chaos linked to the Taliban takeover, UNHCR issued an urgent appeal for $62.8 million to deal with immediate needs. Overall requirements for the Afghanistan situation are $351 million, with funding levels currently at 43 per cent.

In a statement on Friday, the World Food Programme (WFP) said that despite security and logistics challenges, the agency “maintains access to most of the country including areas experiencing active fighting”.

In the first six months of the year, WFP delivered food and nutrition assistance to 5.5 million people, including the newly displaced .

UNAMA/Shafiqullah WaakA UNICEF-supported community-based school in Jalalabad, the capital of Afghanistan’s eastern Nangarhar province, before the Taliban seized control of the country. (file)

The WHO official noted that at the start of 2021, half the population of Afghanistan – including more than four million women and nearly 10 million children – already needed humanitarian assistance.

“One-third of the population was facing crisis and emergency levels of acute food insecurity and more than half of all children under five years of age were malnourished, he said, adding that the current severe drought “is expected to elevate those figures”.

Most major health facilities are still functioning, the WHO spokesperson continued, and health workers had been called “to return to, or to remain in their posts, including female health staff”.

Apart from chronic insecurity, some 250,000 Afghans are affected by environmental disasters including floods, droughts, avalanches, landslides and earthquakes.

“The impact of disasters and dependency on water from rain or snowmelt severely limit the productivity of the agricultural sector, which provides a source of income for 44 per cent of the population”, said Mary-Ellen McGroarty, WFP’s Country Director.

In a related development, UNESCO Director-General Audrey Azoulay called for the safety of journalists in the country.

“Access to reliable information and open public debate, facilitated by free and independent media, is crucial for Afghans to achieve the peaceful future they deserve,” she said. “No-one should be afraid to say what they think at this critical juncture, and the safety of all journalists, including women, must especially be guaranteed.”

At least seven journalists – four of them women – have been killed so far this year, according to UNESCO data.

Over the past 20 years, the agency has developed community media, promoted gender-sensitive reporting and reinforced educational broadcasting.

Most recently, it supported fact-checking networks and media outlets to verify and report on the COVID-19 crisis.