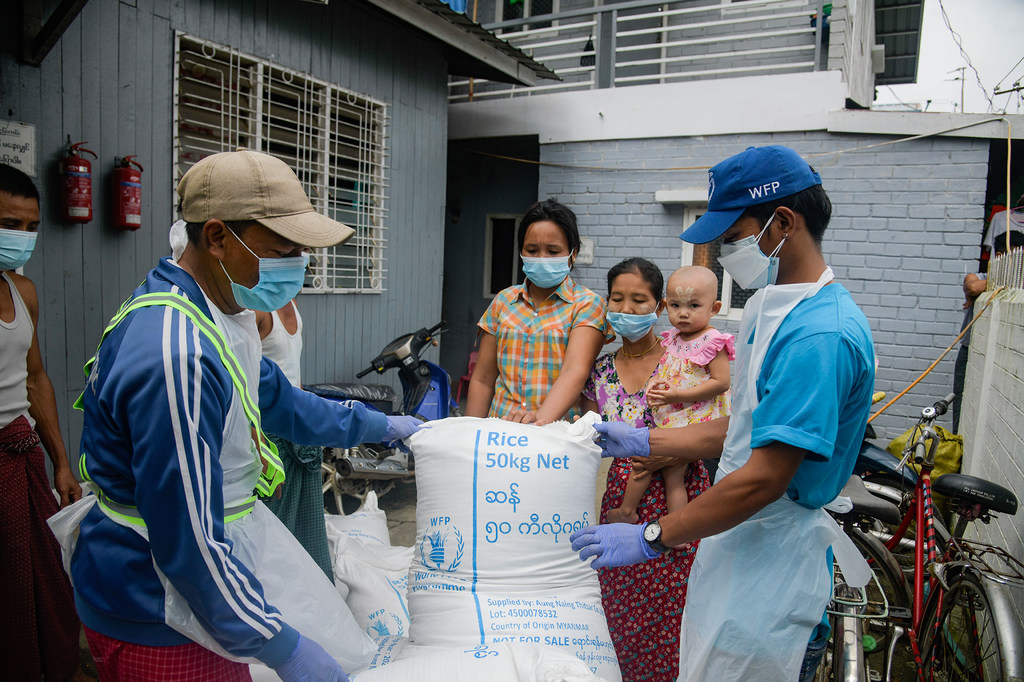 Ten months since the military takeover in February 2021, food insecurity in Myanmar has risen sharply, the World Food Programme (WFP) said on Friday.

According to the agency, the rise is driven by the ongoing political crisis, poverty, displacement, and the economic fallout from COVID-19.

Needs are now widespread, from areas affected by conflict in border regions where humanitarian action has been focused for years, to impoverished urban areas where families have seen jobs vanish, incomes dry up, and destitution.

In this context, WFP continued to deliver life-saving assistance, and ramped up its operations to assist 2.4 million people in 2021, up from 1 million in 2020.

In 2022, the agency plans to double the size and scope of its programme, targeting 4 million people. The number is likely to increase as the year progresses.

According to WFP, this is the most acute humanitarian crisis the country has faced since Cylone Nargis in 2008. Aid operations, however, remain critically underfunded.

Donations covered two thirds of the needs arising in 2021, allowing the agency to reach 2.4 million people. But WFP needs $62.4 million in the coming six months.

The World Bank predicts that the economy will contract by at least 18 per cent in the current fiscal year. The currency has lost over 50 per cent of its value, and the banking sector is limping.

The cost of a basic food basket has increased by 30 per cent compared to last January, while fuel prices have increased by between 59 and 82 per cent.

As they try to feed themselves, almost 90 per cent of households have resorted to negative coping strategies, such as borrowing money and spending savings to buy food.

Displacement driven by conflict also continues across the country, including in areas that have previously seen few flee their homes.

As an initial response, WFP’s life-saving food supplies have reached some 42,000 people displaced by recent violence in Bago and Magway regions, as well as Chin, Kayah, Shan, Kachin and Kayin states.

Work continues to access displaced communities in other parts of the country including Sagaing and Tanintharyi.