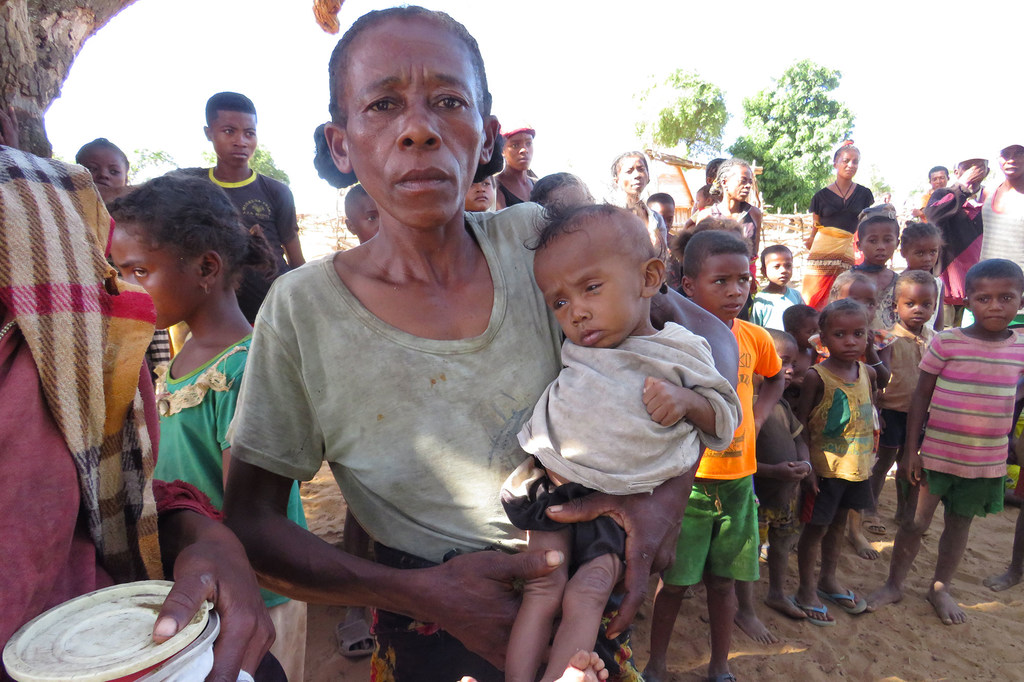 An unrelenting drought in southern Madagascar, an island State off the East African coast in the Indian Ocean, is forcing hundreds of thousands to the brink of famine at a scale “beyond belief”, a senior UN food agency official said on Thursday.

“If we don’t reverse this crisis, if we don’t get food to the people in the south of Madagascar, families will starve and lives will be lost”, Amer Daoudi, WFP’s Senior Director of Operations, said, after visiting one of the worst affected areas, Sihanamaro.

Most districts in the South are in the throes of a nutrition emergency with Global Acute Malnutrition (GAM) levels in children under five, nearly doubling over the last four months – touching an alarming 16.5 per cent – the Ministry of Health reported.

And in the worst affected district of Ambovombe, GAM has risen above 27 per cent, putting the lives of many children at risk.

Over the next six months, WFP needs $74 million to save lives in the world’s second-largest island State.

“We have witnessed heart-breaking scenes of severely malnourished children and starving families”, said Mr. Daoudi, appealing for “money and resources…to help the people of Madagascar”.

After the alarm was raised across Amboasary district, the UN agency has been progressively assisting up to 750,000 people through food and cash distributions each month.

Consecutive years of drought in the South have left at least 1.35 million people in need of emergency food and nutrition assistance, according to WFP.

Since last September, the start of the lean season, the situation had turned critical as families had already depleted their food supplies and gone through vital seed stocks, leaving nothing for the November/December 2020 planting season.

Currently, up to 80 per cent of the population in certain areas in the south are resorting to desperate survival measures, such as eating locusts, raw red cactus fruits or wild leaves.

Moreover, with a lack of rain during the last planting season, prospects for the 2021 harvest are poor, indicating another longer tougher lean season from October to March 2022.

WFP said that food production this year is expected to be “less than 40 per cent of the last five-year average”, which only adds to the difficulties faced by communities already on the brink of survival to feed themselves.

At the same time, semi-arid conditions in southern Madagascar, combined with high levels of soil erosion, deforestation and unprecedented sandstorms, have transformed arable land into wasteland across the region.