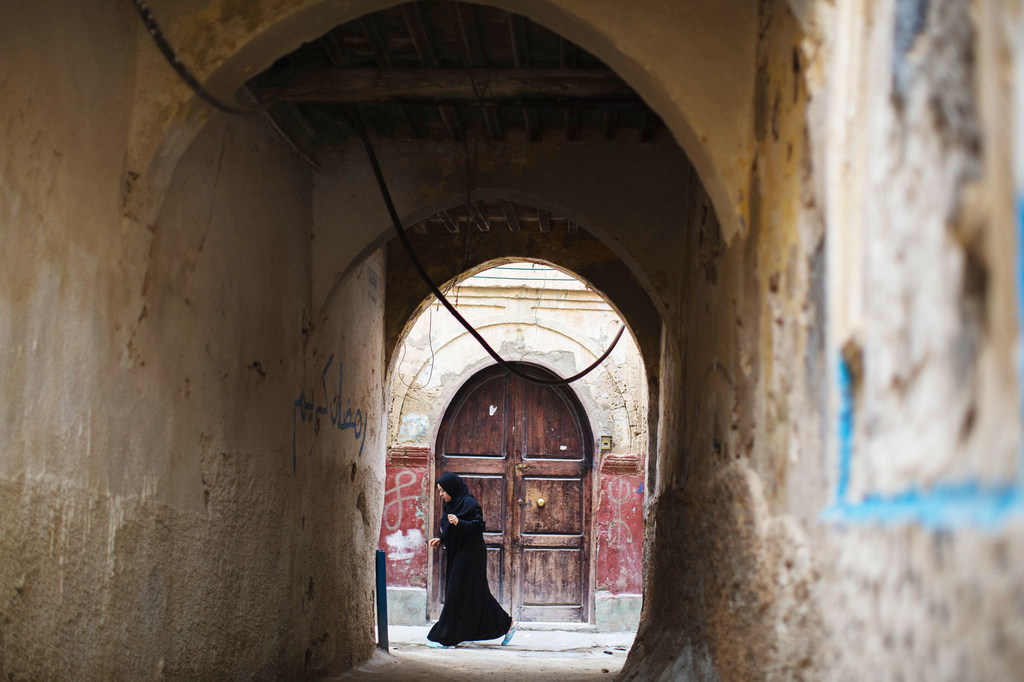 The failure of Libya to investigate the unlawful arrest and torture of a women’s rights activist is a clear rights violation, the UN’s Committee on the Elimination of Discrimination against Women (CEDAW), said on Wednesday.

Magdulein Abaida fled Libya in 2012 after being harassed, tortured and forced to close down her women’s rights organisation, Hakki, or “My Right”.

“She was targeted and threatened because of her activism for women’s rights. But the Libyan government failed to investigate, prosecute, punish and provide reparations for the torture and harassment inflicted on her,” Nahla Haidar, a member of CEDAW.

The Libyan human rights activist was taking part in a workshop on women’s rights in the city of Benghazi on 9 August 2012 when she was forced to leave by several armed men.

Later that day, she was arrested and taken from her hotel room by an Islamist militia group, the Martyrs of 17 February Brigade.

Over the next five days the 25-year old was detained at different compounds run by the government and by the Martyrs of 17 February Brigade. The organisation at that time were receiving money from Libya’s Defence Ministry to carry out law enforcement functions in southern and eastern Libya.

During this time Ms. Abaida was subjected to harassment, insults and physical beatings. She was also hit with a gun by a militia who threatened to kill her.

Ms. Abaida was interrogated about her alleged links with Israel based on her translation work for an Israeli journalist, who was making a documentary about women’s rights in Libya. She was also brought before the Deputy Interior Minister who complained about the “noise” she had created in the media.

On 14 August, Ms. Abaida was released and returned to Tripoli, the country’s capital.

But hate mail and death threats from the public, forced her to give up her NGO work promoting women’s rights and in September 2012, she fled to the United Kingdom, where she was granted asylum.

She filed her complaint to the Committee in 2017.

“We invited Libya to respond to the complaint on four occasions from 2018 to 2020, and we regret that the State party did not respond to our requests”, Haidar said.

This is the first case in which the Committee found a violation by a country from the Middle East and North Africa region of the rights of a human rights defender.

The Committee requested that Libya ensure accountability and provide reparations for Ms. Abaida.

First Person: Poetry and the pain of loss and leaving; a voice from Syria

First Person: Poetry and the pain of loss and leaving; a voice from Syria