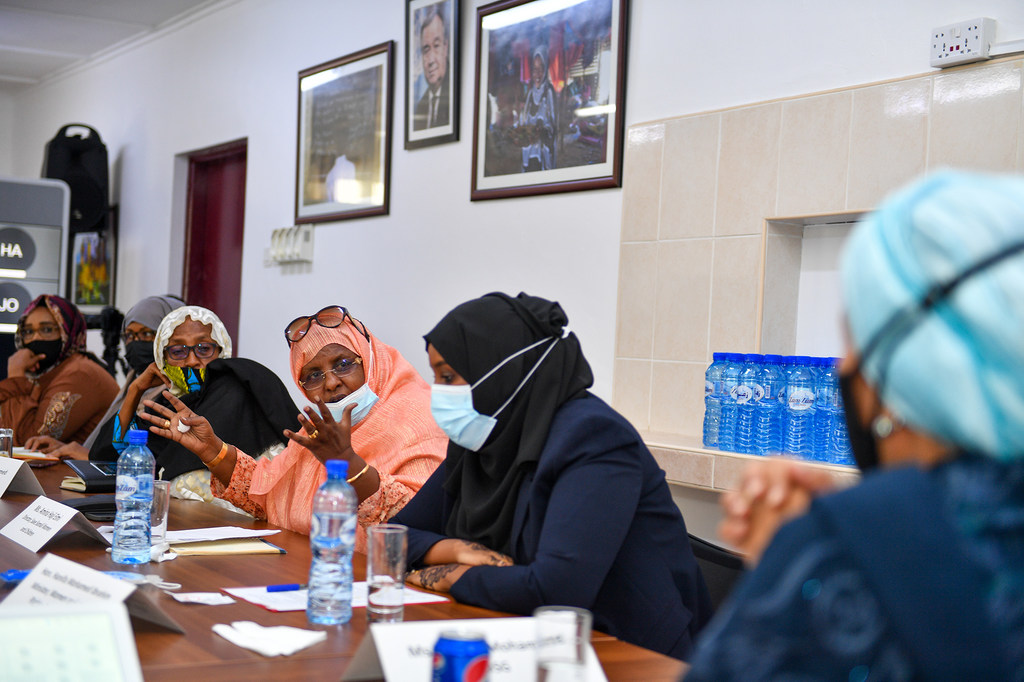 The United Nations Deputy Secretary-General, Amina J. Mohammed, visited Somalia on Sunday, to express her solidarity with Somali women’s calls for full and equal participation in political life, and the support of the international community for timely, inclusive, peaceful and credible elections.

In her various meetings in the capital, Mogadishu, Ms. Mohammed highlighted the country’s parliamentary elections as an opportunity to build on the progress made in women’s political participation.

She also emphasized that women’s full inclusion in all sectors of society would contribute to greater resilience, peace, and stability in the Horn of Africa country.

‘The peace dividend will not happen without women’ 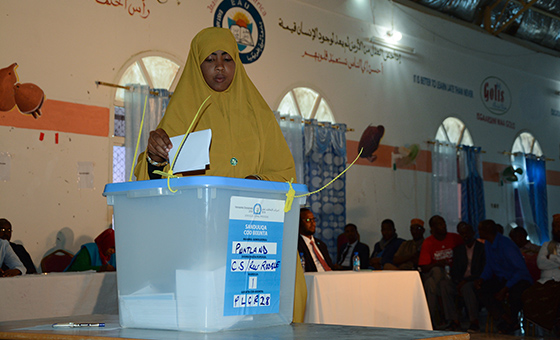 A woman casts her vote for elections in Puntland in 2016 (file), by UNDP Somalia

Currently, Somalia is holding elections for its Upper House, and is preparing for elections for its Lower House, known as the House of the People. The UN and Somalia’s other international partners have been heavily engaged in supporting national efforts to advance the poll, frequently voicing support for greater inclusion of women in the country’s political arena and urging leaders to safeguard a 30 per cent minimum quota.

“Somalia achieved a milestone at its last elections in 2016/17 with 24 per cent of parliamentary seats filled by women, and I am hopeful that the country will build on this by expanding women’s participation even further”, said Ms. Mohammed. “Ensuring the 30 per cent quota is met is an important first step to full representation and an inclusive society. The peace dividend will not happen without women”.

In Mogadishu, the Deputy Secretary-General met with President Mohamed Abdullahi Mohamed ‘Farmaajo,’ as well as Prime Minister Mohamed Hussein Roble and the National Consultative Council (NCC), whose members includes the leaders of the country’s Federal Member States and which is charged with providing overall direction for the elections.

“Prime Minister Roble and other members of the NCC have shown great leadership and commitment to advance women’s political participation, including through specific measures such as decreasing fees for women candidates and appointing Goodwill Ambassadors and Champions to advocate for greater inclusion,” the Deputy Secretary-General said.

“It will also be important to agree on a specific mechanism on how exactly the commitment of a minimum 30 per cent quota will be achieved in the upcoming elections,” she added.
Insecurity and political tensions

Meningitis outbreak declared in Democratic Republic of the Congo: WHO

Meningitis outbreak declared in Democratic Republic of the Congo: WHO