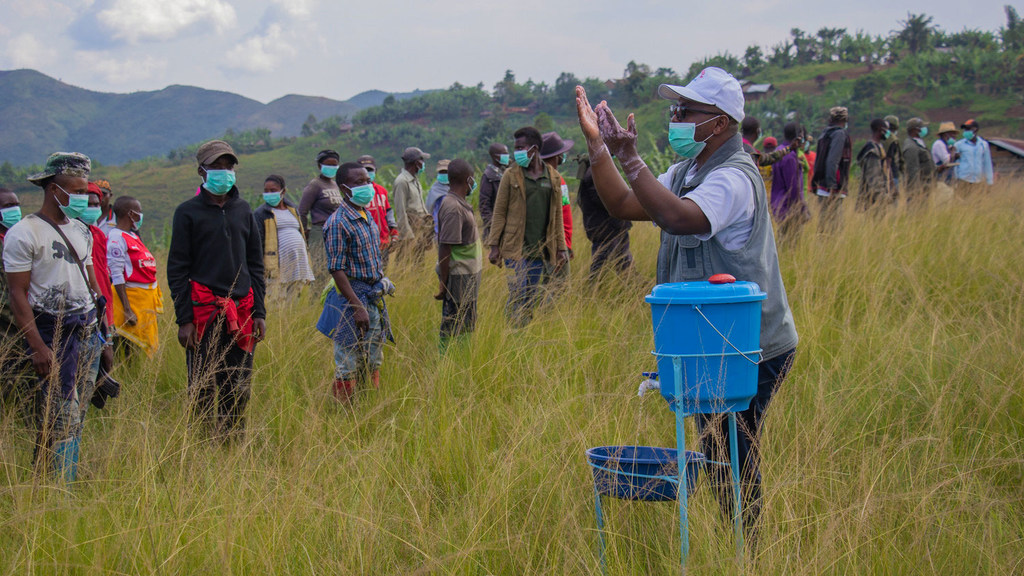 Despite the challenges of the COVID-19 pandemic, countries in Africa’s Great Lakes region are “on the right track”, with leaders pushing forward on political, security and economic cooperation, UN Special Envoy Huang Xia told the Security Council on Monday.

Governments and people across the 13 nations continue to show resilience and determination in the face of the global crisis, he said, while congratulating those which have begun vaccinations through the global solidarity initiative, COVAX.

“These vaccination campaigns have so far allowed for just over a million doses to be administered in the region”, said Mr. Huang, who briefed in French.   He urged ambassadors to continue their mobilization “in order to foster more equitable and affordable access to the vaccine, including in areas affected by armed conflict”.

Nearly two million COVID-19 cases have been reported in the Great Lakes Region since the pandemic began, and more than 60,000 people have died. Women have been disproportionately affected by the impacts.

Amidst this difficult context, leaders have continued their engagement in line with a 2013 framework on peace, security and cooperation. The UN, the African Union, regional bloc SADC, as well as the International Conference on the Great Lakes Region (ICGLR), an intergovernmental body, are the guarantors of the agreement.

On the political front, Mr. Huang spoke of efforts towards promoting better relations between Rwanda and Uganda, and pointed to recent “encouraging gestures” between Burundi and Rwanda.

The UN Envoy also underlined his commitment to action to find a lasting solution to the continued problem of armed groups operating in the eastern Democratic Republic of the Congo (DRC).  A regional group that brings together civilian and military experts should be holding its first meeting in the coming weeks.

COVID-19 has only exacerbated the violence, he said, which has hindered development. He welcomed recent verdicts against the heads of armed groups, handed down by national courts in the DRC and by the International Criminal Court (ICC).

Meanwhile, elections in some countries were marred by violence, but Mr. Huang told the Council this problem can be resolved through stepping up work on prevention.

“The region seems to be resolutely committed and on the right track to tackle these security, political and economic challenges that are before it”, he said, though adding that the international community’s “tireless support” will still be needed.

Mr Huang updated ambassadors on the UN’s strategy for the region, which was presented to the Council last December and covers peace consolidation, conflict prevention and conflict resolution.

The strategy seeks to leverage the activities of UN entities working there to better assist countries on the path to peace, security and sustainable development.

The UN, together with national authorities, experts, and civil society organizations, will soon draw up a related action plan to identify priorities.

Mr Huang added that his Office will also focus on additional priority issues.  These range from supporting political dialogue already underway and co-organizing a high-level workshop on fighting the illegal exploitation of natural resources, a root cause of instability.