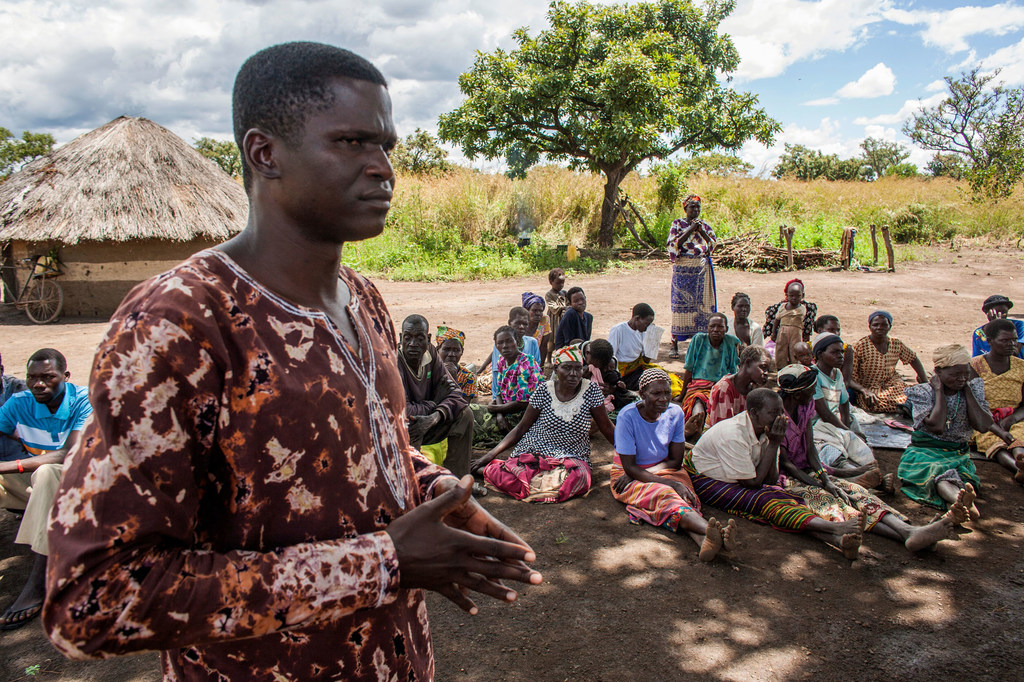 A Ugandan man who avoided being drawn into a decades’ long conflict as a child soldier, is dedicating his adult life to healing communities which were impacted by his government’s fight with the rebel Lords Resistance Army (LRA).

As many as 25,000 children were abducted as soldiers and forced labourers, as the Ugandan government fought a civil war with the LRA from the 1980s onwards.

Okello Tito says he was “one of the lucky ones” because he was not kidnapped or killed, even though his family did have to flee their home in the middle of the night after rebels set it alight.

Today, he works as a community leader in northern Uganda, the epicentre of the conflict. Where he spends his time “calming people down, negotiating, finding solutions and ways forward”.

© UNICEF/Chulho HyunIn 2004 in northern Uganda, ‘night commuters’ left their homes each night to stay in shelters fearing that children would be forcibly abducted by the LRA.

He has told his story as part of an initiative called “Life after conflict” focused on international justice, which was launched by the UN-backed International Criminal Court (ICC).

The Hague-based ICC, is the world’s first permanent international court to prosecute some of the most heinous of crimes, including genocide, war crimes and crimes against humanity.

On Thursday, the court is due to pass sentence on Dominic Ongwen, a former LRA leader who was found guilty of 61 charges, between 2002-2005, of crimes against humanity and war crimes, in the context of the conflict in northern Uganda.

Read more here about how Okello Tito is trying to heal communities after decades of conflict.