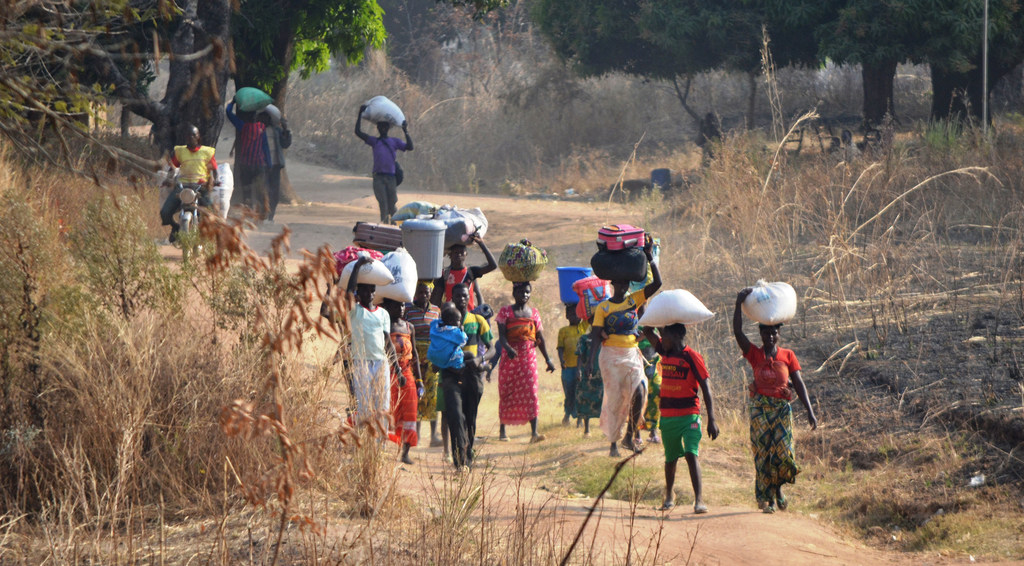 François Louncény Fall, who also heads the UN Regional Office for Central Africa (UNOCA), said recent incidents – including the death of President Idriss Déby Itno of Chad at the hands of rebel fighters, and that country’s subsequent political transition – illustrate serious obstacles to lasting peace in the subregion.

Noting that Chad sits at the nexus of the region’s toughest security challenges, Mr. Fall said dynamics in neighbouring Libya, Sudan and the Central African Republic, could negatively impact the country as it presses forward with unexpected political changes following President Itno’s death.

Those risks are further exacerbated by the activities of terrorist groups in the Lake Chad basin.
Supporting the country’s rapid transition to democratic and constitutional rule must be a priority for regional actors and the international community, Mr. Fall stressed.

He welcomed the convening of two extraordinary summits of Heads of State and Government, including one focused on the situation in Chad on 4 June, as evidence that leaders are determined to bring a regional response to the subregion’s ongoing crises.

Spotlighting the recent appointment by the African Union of a High Representative for the transition in Chad and a new Special Representative in the country, he said the UN will prioritize its support to those critical regional efforts.

Describing “horrendous” impacts on civilians, Mr. Fall said violence in northwest and southwest Cameroon has worsened, leading to widespread human rights violations and more suffering. The situation is further compounded by the aggravated impact of the COVID-19 pandemic.

Calling on all parties to demonstrate their commitment to dialogue through concrete action, including the cessation of hostilities, he said coordination between countries of the subregion should be strengthened to better address the deteriorating security situation and escalating humanitarian needs.

Meanwhile, maritime crime in the Gulf of Guinea remains a serious threat, with more incidents recorded in Central Africa’s maritime region in the first quarter of 2021 that in the broader West African region.

Mr. Fall emphasized that Central Africa’s mounting security concerns must not be allowed to reverse electoral progress made by countries of the subregion in recent years.

He noted that, since his last briefing to the Council in December 2020, elections took place in four countries – namely, the Central African Republic, Chad, Gabon and the Republic of the Congo.

Against that backdrop, the Government of Burundi convened a meeting of the UN Standing Advisory Committee on Security Questions in Central Africa on 28 May, where leaders recommended the development of a subregional protocol on electoral governance and democratic elections.

They also underscored the importance of strengthening the participation of women and youth.

“As the subregion prepares for upcoming elections…I would like to encourage national authorities and all political stakeholders to promote continued dialogue and consensus,” said Mr. Fall, spotlighting elections in Sao Tome and Principe on 18 July as one upcoming opportunity.

He pledged to pursue the UN’s good offices functions to that end.