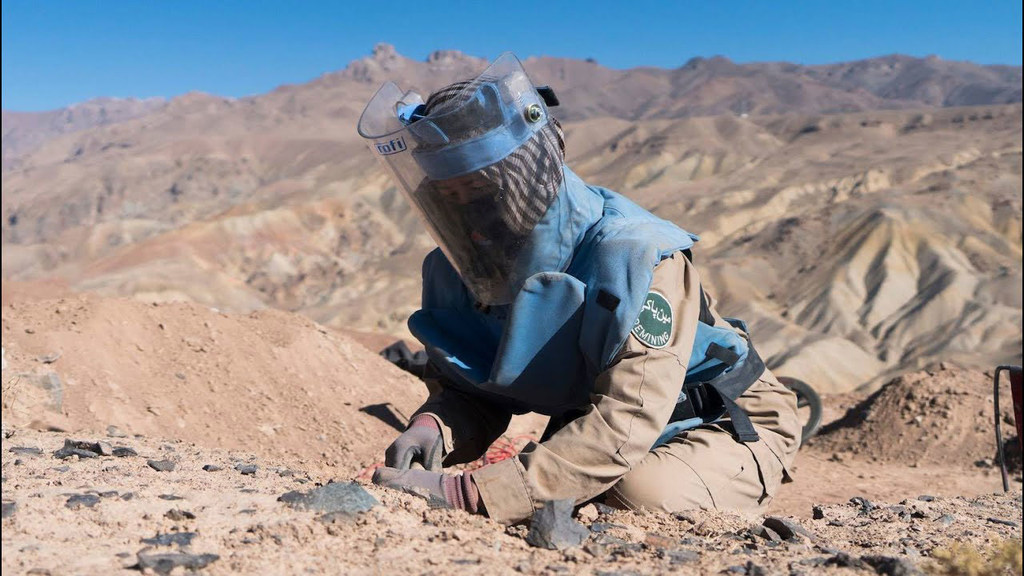 Thanks to the bravery and hard work of deminers such as Fezeh Rezaye, the Afghan province of Bamyan has been declared free from mines. On International Mine Awareness Day, she shares her story.

More than three decades of armed conflict in Afghanistan has left a sorry legacy, with mines, and other explosive remnants of war, contaminating the country. Since 1989, the Mine Action Programme of Afghanistan (MAPA) has been working to clear this dangerous material but, with conflict still ongoing, some 120 civilian mine-relate casualties are recorded every month, and it is considered unlikely that the target of declaring the country free from mines will be reached.

Although explosive remnants of war remain on some firing ranges, Bamyan was declared mine-free since 2019, making it the first mine-free province in Afghanistan, following years of demining work that saw explosive devices removed from some 27,012,116 square meter of contaminated land with explosive devices.

Fezeh Rezaye, a 26-year-old mother of two, is a member of a 19-strong, all-female demining team, honoured for their efforts by the Arms Control Association, which awarded them the Arms Control Person International Award in 2019. She explains that a tragic incident led her to put aside her ambition to be a teacher, and take up hazardous demining work instead. 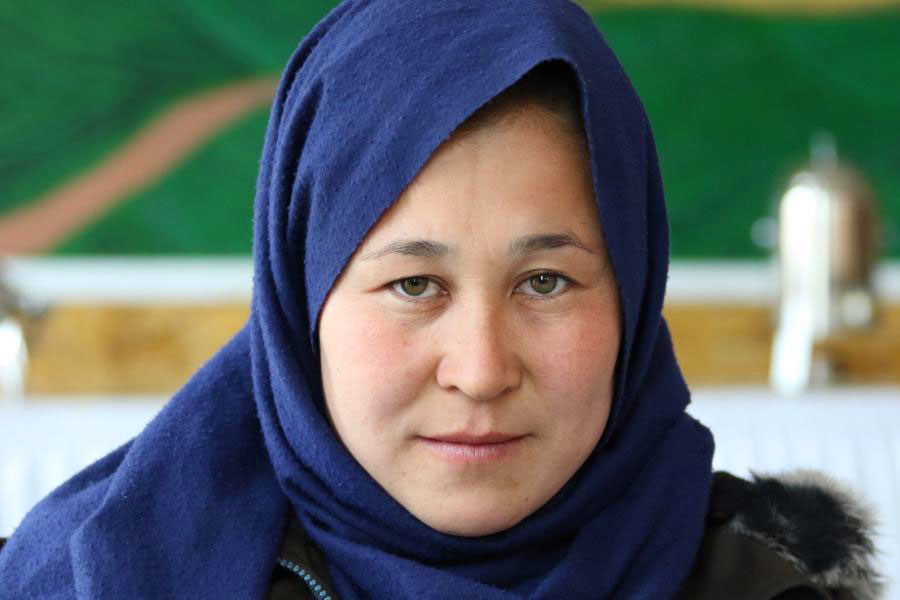 UN Afghanistan/Ahmad Ali FakhriFezeh Rezaie is one of nineteen female deminers who made Bamyan the first mine-free province in Afghanistan.

“I had known several people from my village who have been injured or killed by mines in Bamyan. Even our landlord lost his leg in a landmine accident. But it was the death of seven children, all from the same family in our village, that really affected me. They had been together in the mountains when they were all killed by the a mine explosion. I thought about my own children, that this could have happened to them.

‘For the sake of my children’

At the time, I was teaching literacy to rural women in the Bamyan countryside, and my friends and family, including my children, disagreed with my decision to become a deminer. I would tell them that, for the sake of my future and for my children, I wanted Bamyan to be free from mines, so that everyone can study and enjoy life.

Most families are still afraid of this job. Parents look at this work as dangerous and risky. They do not want to risk their daughter’s life. Some districts of Bamyan have more cultural restrictions as well, and they don’t appreciate women working for money.

But, in general, Bamyan society is more open that other parts of the country: this is a poor province, with high unemployment, and demining is one of the few opportunities for women to earn money.

UNAMA/Eric KanalsteinA woman walks through a field in Bamyan Province, Afghanistan, which has been declared mine-free.

Fears for the future

For now, we have work in Bamyan, because there are still explosive devices on some firing ranges. I am concerned about my job security because, once these are cleared, I may not be able to work in other provinces, many of which are dominated by the Taliban.

My ambition is to learn more technical skills through specialized mine action trainings, as well as enhancing my language skills, including my English. I am also interested in completing a master’s in sociology or archaeology. If female deminers are given office jobs within the mine action sector, it would enhance their job security.

Winning the Arms Control Award made a big difference for me and the team. After we won, we were recognized by Afghan society, and became idols for many women. We were the first female demining team in Afghanistan, and we proved that women can work as hard as men, that we are equal to them.”