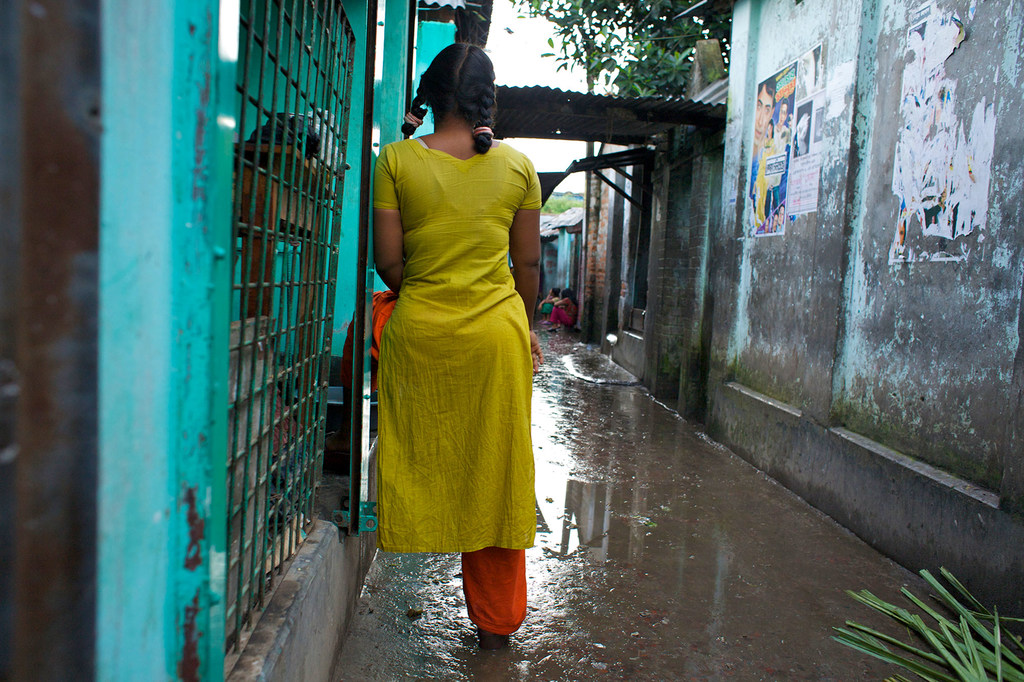 Human trafficking and the smuggling of migrants are going to remain significant threats to human security, that’s according to a trafficking and migrant expert working in the Middle East and Asia region for the UN Office on Drugs and Crime (UNODC).

Martin Reeve is a Regional Adviser for GLO.ACT a joint European Union-UNODC programme which focuses on Iraq, Iran, Afghanistan, Bangladesh, and Pakistan. He spoke to UN News from his base in Baghdad, the Iraqi capital.

“As a UNODC Regional Adviser, I engage with police officers and other criminal justice officials to help them improve their responses to trafficking in persons and smuggling of migrants.

There are reports that men and women from Asia and Africa, who migrate both legally and irregularly to Iraq, are subjected to forced labour as construction workers, security guards, cleaners, handymen, and domestic workers.

Trafficking for the purpose of organ removal appears to be a significant problem based on anecdotal evidence from law enforcement counterparts.

Trafficking is not smuggling 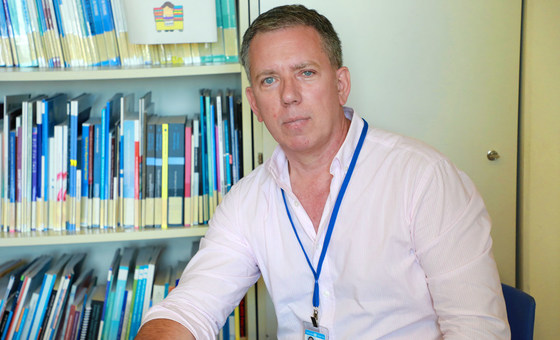 Martin Reeve is a regional adviser for human trafficking and migrant smuggling, based in Baghdad, Iraq. , by UNODC

We spend a lot of time really emphasizing to law enforcement officers in the region that human trafficking and migrant smuggling are actually quite different, although they’re very often conflated, especially in the news media.

Trafficking in persons is really all about the exploitation of the individual. It’s about creating a human commodity and then using that person to generate profit, through their labour, sexual services, or other forms of exploitation.

I first worked on a case of human trafficking earlier in my career, when I was based in Vienna. There was a young woman who was being exploited for sexual purposes in London.

I participated in the operation to rescue her. This was a moving experience and certainly gave me an understanding of the real nature of this crime and the effect it has on people.

Migrant smuggling is about a relationship between a person who wants to migrate but cannot do so legally, and an individual or group that’s providing a criminal service.

The migrant choses an irregular method and a service provider, who is the smuggler. A fee is paid to cross a border illegally. The migrant, at least in theory, is then free to go.

Those are the key differences, but very often migrants who chose this method to move from one country to another are very vulnerable.

They don’t have any legal status in the destination country, they often don’t speak the language, they often have very little source of income or support in the country they arrive in, and human traffickers prey on them.  Very often the migrants find themselves debt-bonded to those who arranged their migration.

IOM/Amanda NeroMigrants are taking enormous personal risk when they put themselves in the hands of smugglers.

Over the past 25 years, our understanding of the phenomenon of human trafficking has grown, and we now recognise that trafficking is not just about sex but includes other ways that people can be exploited across all kinds of sectors of the economy.

For example, in construction, agriculture, or inside factories, in fact, anywhere where you find a lot of low-skilled, low-paid manual labourers.

One of the real challenges with forced labour, in particular, is to identify when exploitative labour conditions tip the balance into what becomes a criminal case of trafficking in persons.

There are few prosecutions and convictions for human trafficking cases and in part that’s because it’s a difficult crime to prove. But there are successes and it’s not unusual for a person who is involved in trafficking for sexual exploitation to end up being prosecuted for crimes such as rape, because they are easier to prove, easier for juries to understand and don’t have the complexities that a trafficking type prosecution may have.

Rights-based and victim-centred approaches are fundamental to everything we do. I find it rewarding when I see that we have made a difference and our work brings results. This doesn’t happen every day. One has to be patient and very often it can be frustrating.

Focus on the smuggler, not the migrant

© UNICEF/PirozziA psychologist talks to a young woman at a UNICEF-supported shelter for child trafficking victims in the city of Almaty, Kazakhstan. (file 2014)

Migrants, when they’re being moved by smuggling networks, are taking an enormous personal risk. As we know from the horror stories in the Mediterranean and elsewhere around the world, many of them die en route, in the backs of lorries or on boats that are not seaworthy.

Clearly the smugglers don’t really care much about this. They’re interested in money, and it’s a very lucrative industry.

We have to recognise that the pressures on migration are most likely to increase, not decrease in the coming years, so criminal networks will continue to seek profit by facilitating irregular migration.
Smuggling of migrants and trafficking linked to irregular migration, are both going to remain significant threats to human security.