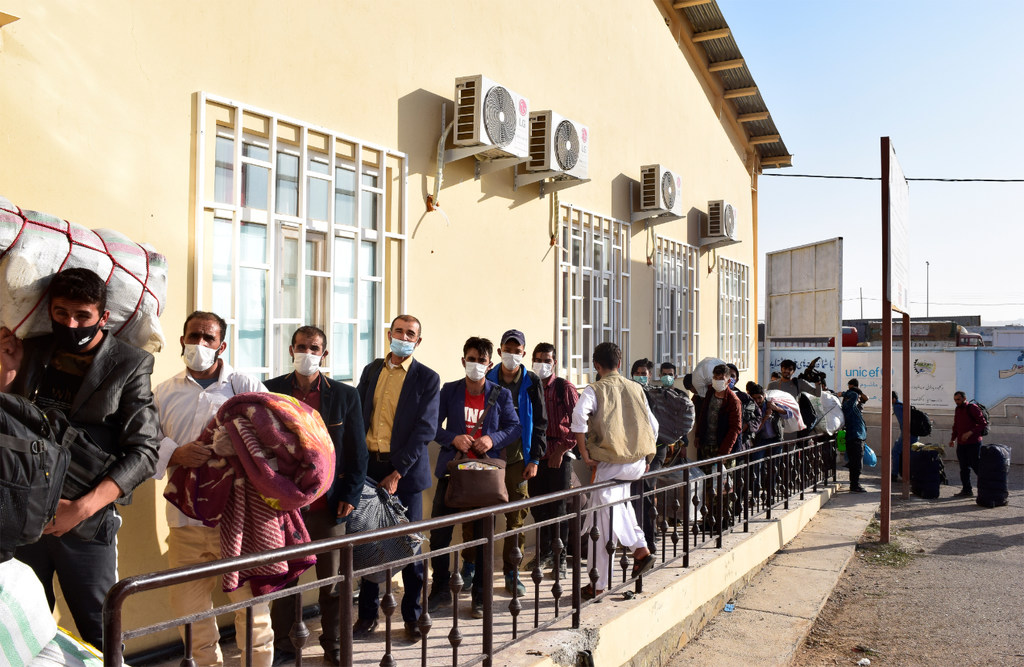 A catastrophic fire on Saturday, at a border between Afghanistan and Iran has damaged an UN International Organization for Migration (IOM) reception centre, stalling services for Afghan migrants returning to their country.

The blaze erupted after small arms fire ignited fuel trucks parked at a customs depot at the Islam Qala border point, resulting in multiple explosions, IOM said in a news release on Monday. The crossing, located about 120 kilometres (75 miles) from Herat city, is a major transit point between Afghanistan and Iran. At least 40 people died in the fire and 17 others were injured.

“Fortunately, all returnees who registered that day at our reception centre already had moved onward to their next destination before the fire began,” Nick Bishop, programme manager of IOM’s cross-border return response, said.

IOM staff at the reception centre are also safe and no injuries were reported, according to the agency.

The centre, however, suffered “extensive damage” to its roof and ceiling, as per an initial assessment, IOM said, adding that a more detailed structural assessment will be carried out in the coming days.

“We hope to rapidly repair all damage to the reception facility as soon as possible and continue vital humanitarian services to Afghans returning through this major transit route, but we will require increased support to do so,” Mr. Bishop added.

About 15,000 people were passing through the border crossing daily, including some 1,500 who needed humanitarian assistance, including emergency items, mental health and psychosocial counselling, and onward transportation support. Some also required hot meals.

Last year, about 860,000 undocumented Afghan migrants used the Islam Qala border crossing, the highest on record, as many Afghan migrants in Iran lost jobs and livelihoods due to the COVID-19 pandemic and its impact.

IOM anticipates that the number of returning through the Islam Qala border will drop significantly until it resumes full functionality. Those coming back are currently being diverted to the Milak crossing, in Nimroz province, located about 1,000 (620 miles).

In 2021, an estimated 654,000 Afghan undocumented migrants are expected to return.