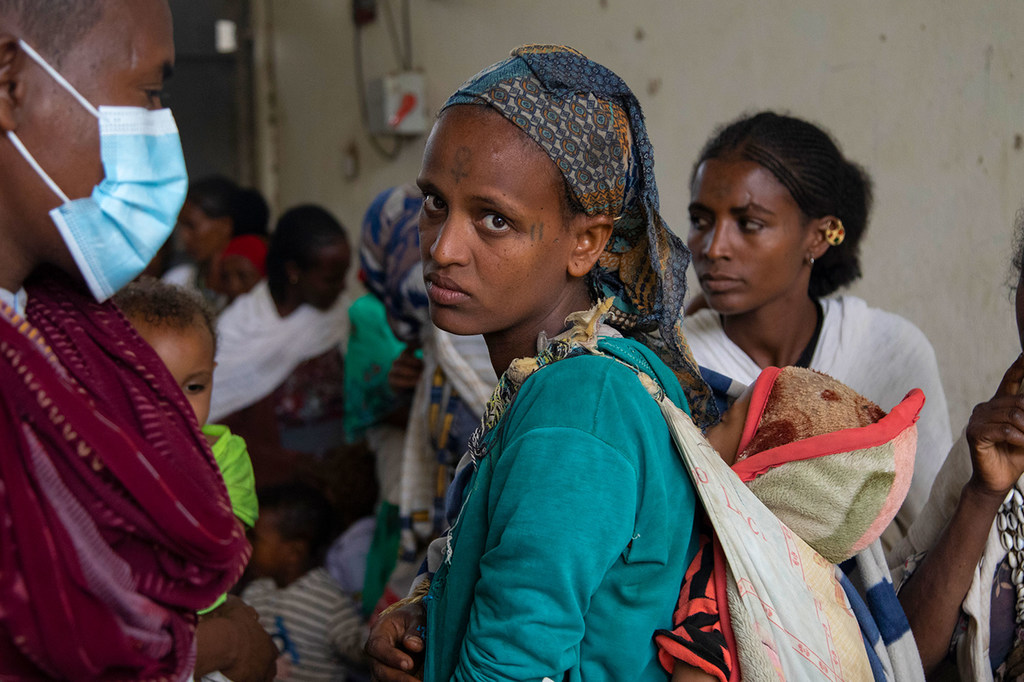 Serious concerns over alleged severe human rights violations and abuses in Ethiopia should be investigated by an international rights probe, the Human Rights Council agreed in a vote on Friday.

In a special session held at the request of the European Union, to discuss the impact of conflict that began in Tigray in the north of the country 13 months ago, delegates were told that nine in 10 people in the region now require humanitarian assistance.

For a special session to happen, one third of the Council’s 47 Members must support the request.

The development follows the recent escalation of hostilities in northern Ethiopia which has threatened to destabilise the whole country and the wider Horn of Africa region.

Addressing the Council, Deputy High Commissioner for Human Rights Nada Al-Nashif said that it was likely that more than 400,000 people in Tigray were living in famine-like conditions, since only limited relief has been allowed into the region since UN humanitarians raised the alarm in June.

After urging the warring parties to respect repeated international calls for a ceasefire, she said that at least two million people across Tigray, Amhara and Afar regions have been displaced because of conflict and “many of them are not receiving the assistance they need to stay alive”.

Her comments came ahead of a vote on a draft resolution before the Council to establish an international commission of human rights experts on Ethiopia, which was supported by 21 countries with 15 against and 11 abstaining.

According to the resolution, the new probe should comprise three human rights experts, all appointed by the President of the Human Rights Council.

Mandated for one year initially but subject to renewals, the international inquiry’s work will complement that already undertaken by the Joint Investigative Team involving the UN human rights office and the Ethiopian Human Rights Commission into alleged violations of human rights, humanitarian and refugee law committed by all parties to the conflict in Tigray.

The deputy UN rights chief noted with concern that the nationwide state of emergency announced on 2 November had led to mass arrests of those believed to be sympathetic to the Tigrayan People’s Liberation Front (TPLF).

Thousands of ethnic Tigrayans have been detained, along with more than a dozen journalists and UN staff, she said.

“While some of those arrested over the past six weeks have been released, we estimate that between 5,000 and 7,000 remain detained, including nine UN staff members. Many are detained incommunicado or in unknown locations. This is tantamount to enforced disappearance, and a matter of very grave alarm.”

Ms Al-Nashif also urged the Government of Ethiopia “to deliver fair and independent proceedings that address the full range of violations identified…Without significant accountability efforts, an international mechanism could be an important complement.”

The Deputy High Commissioner encouraged all parties to participate in a “meaningful and inclusive dialogue” through the National Dialogue Commission and in the context of the African Union’s mediation efforts.

© UNICEF/Christine NesbittThe crisis in northern Ethiopia has resulted in millions of people in need of emergency assistance and protection.

Among the resolution’s key elements were calls to all parties to the conflict to halt “direct attacks against civilians…including on the basis of their ethnicity or gender”.

In addition, the draft text called for an end to attacks against communities’ crops, livestock and medicines, and “to refrain from incitement to hatred and violence, to avoid further damage to critical civilian infrastructure, and to end any measures that may exacerbate the already acute humanitarian crisis”.

This could be achieved by allowing and enabling the “full, safe, rapid and unimpeded passage of humanitarian relief”, the resolution stated.

In addition to investigating all alleged human rights violations since the conflict erupted on 3 November 2020, the new international probe’s responsibilities include collecting and preserving evidence, “to identify those responsible” and ensure accountability for perpetrators.

The investigators’ mandate also directs them to provide guidance on transitional justice to the Ethiopian Government, in the areas of accountability, reconciliation and healing, and to update the Human Rights Council at its 50th session in June 2022.

Speaking as the concerned country, the Government of Ethiopia delegation rejected the Council proceedings as politically motivated interference, before insisting on its “unreserved commitment” to human rights.

Friday’s special session – only the fifth this year at the Geneva-based body – had not condemned “the pillage, destruction of property, rape and sexual abuse, use of child soldiers by these rebel forces, the TPLF”, said Ambassador Zenebe Kebede.

Describing the TPLF as a “terrorist group”, he added that its fighters had commandeered “more than 1,000 trucks delivering humanitarian supplies to the people in Tigray region and used them for military purposes”.

The Tigrayan separatists had also destroyed food warehouses, schools, health facilities and industrial parks, but “the initiators of this Special Session would not care less”, the Ethiopian representative maintained.