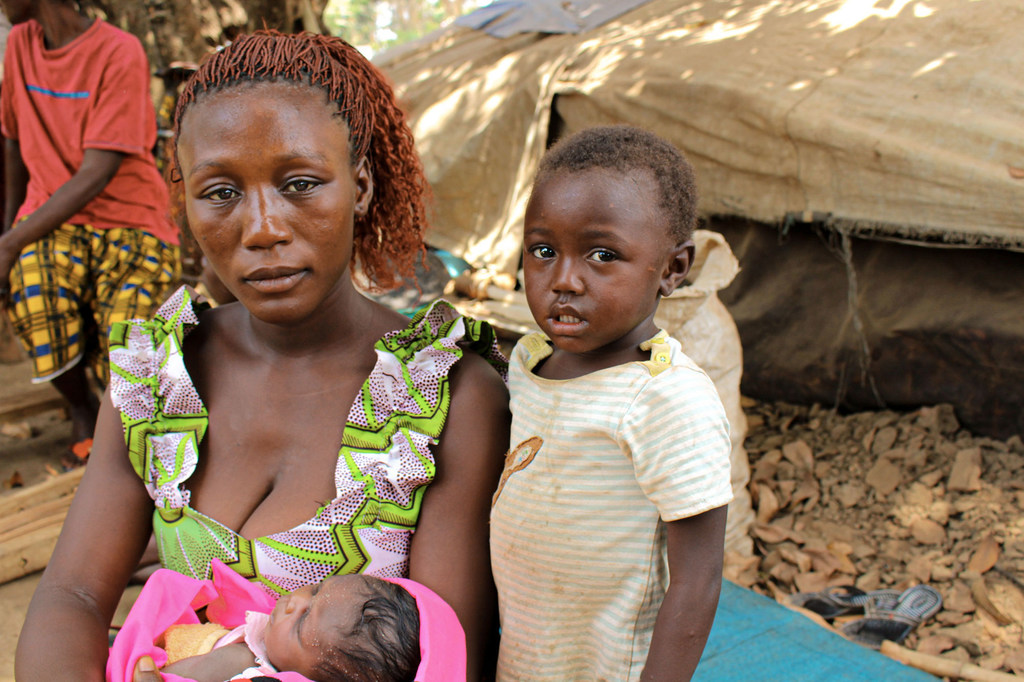 Violence and insecurity related to the recent elections in the Central African Republic (CAR) has forced more than 200,000 people to flee their homes in less than two months, the UN refugee agency (UNHCR) said on Friday, warning tens of thousands are facing dire living conditions.

He added that the main road used to bring supplies has also been forced shut.

“Armed groups are reportedly present in the Batangafo and Bria sites where displaced communities are sheltering, in violation of the humanitarian and civilian nature of those sites”, said Mr. Chershirkov, speaking during the bi-weekly UN briefing in Geneva.

“Such presence poses a grave protection risk for those displaced, from risk of forced recruitment to restriction of movement to extortion or threats.”

Central Africans arriving in the DRC have crossed the Ubangi, Mbomou and Uele rivers which form a natural border between the two countries.

They have settled into some 40 localities in the provinces of North Ubangi, South Ubangi, and Bas Uele.  Many are living in dire conditions in remote, hard-to-reach areas close to river arteries, without basic shelter and facing acute food shortages.

The refugees are dependent on catching fish and whatever local villagers can spare, although they themselves have extremely limited resources.

“For many, the river is also the sole water source for drinking, washing, and cooking. Malaria, respiratory infections, and diarrhoea have become common among the refugees”, the UNHCR spokesperson told journalists.

Partners on the ground are treating patients and distributing medicine amid mounting needs. The vast distances and extremely poor road conditions means it is taking time for aid to arrive.

“UNHCR is pre-positioning emergency supplies in Yakoma, North Ubangi province, before vast areas become inaccessible by road with the looming rainy season in six weeks, when costly airlifts will be the only means of delivering assistance”, Mr. Chershikov said.

The UN agency has appealed for international support so humanitarians can continue providing lifesaving assistance to the refugees and their host communities.

Although some $151.5 million is needed this year, only two per cent has been received so far.