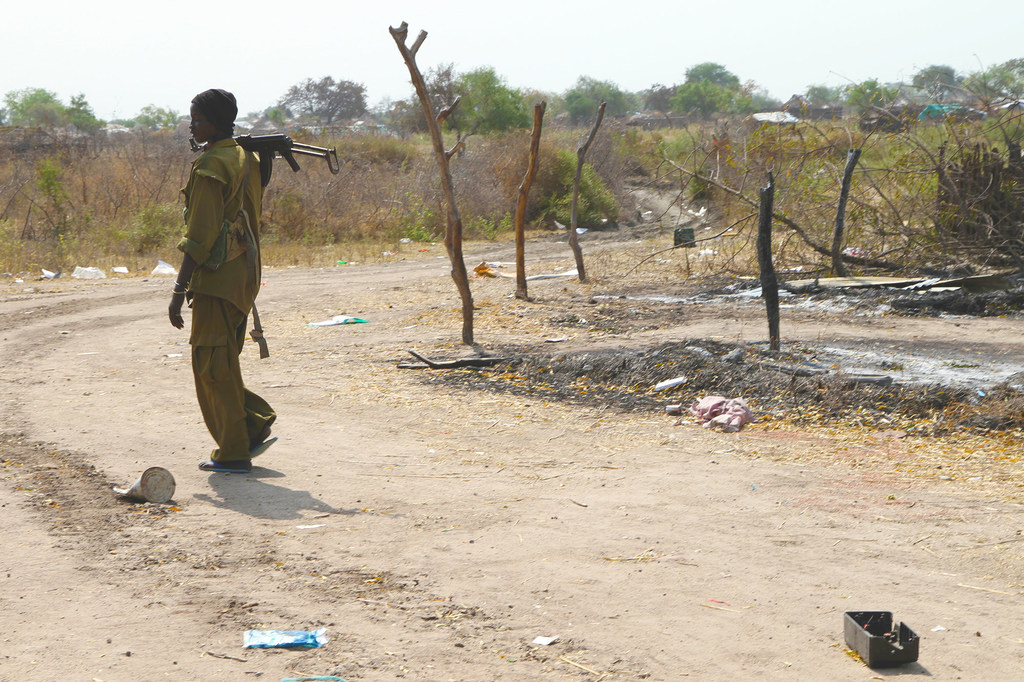 Extreme violence and attacks involving thousands of fighters at a time have engulfed more than three-quarters of South Sudan, UN human Rights Council-appointed investigators said on Friday, warning that the bloodshed faced by civilians are “the worst recorded” since the country’s civil war began in December 2013.

Highlighting a continuing lack of local and national infrastructure almost a year since the formation of the Revitalized Transitional Government of National Unity in South Sudan, Yasmin Sooka, Chairperson of the Commission on Human Rights in the country noted that although the signing of the Revitalized Peace Agreement two years ago had “led to a reduction in hostilities at the national level”, the country seen “a massive escalation in violence” locally.

Echoing that finding, Commission member Barney Afako explained that signing the cessation of hostilities ceasefire had left “a vacuum” at the community level.

“There are no governors in place or no county commissioners in place. So, there is nobody to deal with those cleavages which had remained. Instead what we saw, was that the weaponry that have been left in the community as well as that which is now supplied by others fuelled this communal violence”, he said.

Other worrying developments include restrictions and self-censorship among journalists and pressure groups.

In its latest report, the Commission describes “waves of attacks and reprisals” that have left hundreds of South Sudanese women, men and children dead, maimed or destitute in Jonglei State and the Greater Pibor Administrative Area.

Ms. Sooka told journalists via video conference that the armed groups and militias had mobilized along ethnic lines, often with the support of armed State and opposition forces.

She highlighted clashes last year between allied Dinka and Nuer militias and Murle pastoralist militias with massive violations against civilians, including killing and displacement.

“We have documented the new levels of militia violence engulfing more than three-quarters of the country at a localized level in which children carry weapons and women are traded as spoils of war like chattels”, Ms. Sooka said.

‘Children all have guns’

The Commission Chairperson said that civilians described combatants using weapons that they had never seen before.

“One man told the Commission, ‘I went to Pibor town and I saw guns being sold there. There the black guns used by the NSS were being sold for 25,000 South Sudanese shillings, each less than a few hundred dollars.’ He also said that children all have guns”, she recounted.

Ms. Sooka also described as “shocking” the high number of fighters involved in localized conflicts and highlighted that women were traded as “spoils of war”.

Moreover, children carry weapons and the levels of violence “have already surpassed” those documented in December 2013, when civil war erupted.

Describing attacks in Jonglei and the Greater Pibor area, she pointed to “systemically and deliberately torched” homes, murders, forced displacements, abductions, rapes, sexual enslavement and, in some instances, forced marriages to captors. Abducted boys have been forced to fight and, sometimes “forcibly assimilated into rival armed groups”.

These victims have had their ethnic and other identities “completely erased”, according to the Commission’s report, which noted that as of December 2020, hundreds of abductees were still missing, with hundreds of thousands displaced by the violence and recurrent flooding.

The Commission on Human Rights in South Sudan is due to present its report to the Human Rights Council in Geneva on 10 March.