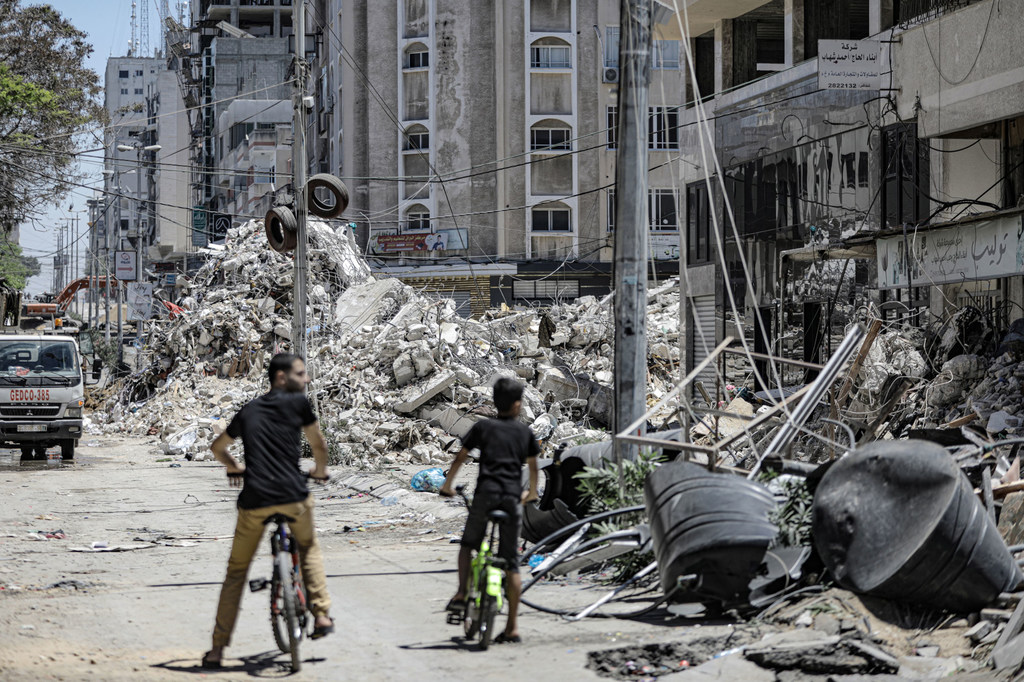 The humanitarian community has welcomed the ceasefire agreed in the Occupied Palestinian Territory and Israel but warned that the destruction in Gaza will take years, if not decades, to fix.

Speaking from Gaza, Matthias Schmale from the UN relief agency for Palestinians UNRWA, said that there was no “going back to normal” in the enclave, after more than 10 days of rocket fire and airstrike exchanges between the warring parties that have killed more than 250 people and injured thousands.

“Going back to normal life means having to watch very carefully where we are going; unexploded devices, we know that at least one school, one of our 278 schools, where we have established two deeply buried bombs, and we have alerted the Israeli authorities”, he said. “Obviously we cannot just rush back into our buildings and schools, we have to make sure they’re safe.”

The senior UNRWA official also noted that the Kerem Shalom crossing was due to open for several hours on Friday but that for the duration of the clashes, it had not been possible to get people out for medical treatment, or aid reinforcements in.

Mr. Schmale noted that UNRWA staff who are mainly residents of the region said that the violence had been “worse in intensity and terror than 2014”, before echoing the UN Secretary-General’s call for a meaningful political process to resolve the grievances of both Palestinians and Israelis.

“Normality here also means 50 per cent employed and rising…I’m convinced after being here two and a half years that we will be back in war unless underlying causes are not addressed; and from a Gaza perspective that means giving people and especially young people a dignified perspective of a dignified life”, he said.

“If you have your own money and take home your own money to buy food instead of depending on handouts from the UN”, the top UN official added, “you’re less likely to run into groupings like Hamas”.

The UN Emergency Relief Coordinator, Mark Lowcock, allocated $4.5 million towards the cost of meeting rising needs across Gaza on Friday. The money comes from the Central Emergency Response Fund (CERF), which is in addition to $14.1 million allocated on Thursday. It is expected that an inter-agency Flash Appeal for the occupied Palestinian territory will be issued next week.

The UN Children’s Fund, UNICEF, delivered 18 containers of aid on Friday following the resumption of relative calm in the Gaza Strip, through the Kerem Shalom crossing, to support children and families in need.

Among the items delivered were first-aid kits, blood supply bags and solution, fire extinguishers, antibiotics and other infection-control kits, together with 10,000 doses of the Sinopharm COVID-19 vaccine.

“We are extremely thankful that a ceasefire agreement in the Gaza strip came into effect at 2am this morning, because the human toll there has been huge”, said Lucia Elmi, UNICEF Special Representative in Palestine. “This will allow families to have much-needed respite and allow for the delivery of much-needed humanitarian assistance and personnel to the Gaza Strip”, she added.

UN human rights experts on Friday called on all parties to the conflict in Gaza and Israel to respect the ceasefire, and urged an investigation by the International Criminal Court (ICC) into the attacks on civilian populations and other “gross violations of human rights”, according to a statement released through the UN rights office (OHCHR).

The experts pointed to the forced evictions of Palestinian families living in Sheikh Jarrah and Silwan, in Occupied East Jerusalem, as the spark that set off a full-blown war.

They said that at least 222 people, including 63 children, were killed in Gaza and 12 people died in Israel as a result of the fighting.

More than 450 buildings in the Gaza Strip were completely destroyed or damaged by missiles, the statement continued. Among them were six hospitals, nine healthcare centres and a water desalination plant, supplying around 250,000 Palestinians with clean drinking water, as well as a tower which housed media outlets including the Al Jazeera network, and Associated Press (AP).

“Owing to the vast asymmetry of power, the victims of this conflict are disproportionately Palestinians in Gaza, of whom over 74,000 have been forcibly displaced and made homeless, mostly women and children”, the experts said.

“The conflict has led to a new wave of unprecedented mass destruction of civilian homes and infrastructure, including electrical grids in Gaza, and indiscriminate or deliberate missile attacks on civilians and residential areas in Israel and Gaza, that violate not only international human rights standards, but amount as well to crimes under international law for which there is individual and State responsibility”, the experts continued.

The experts said that all “indiscriminate or deliberate bombardment of civilians and towers housing civilians, media organizations and refugee camps in Gaza and Israel are war crimes that are, prima facie, not justified by the requirements of proportionality and necessity under international law. All parties who engage in such attacks must bear individual and State responsibility as appropriate.”

© UNRWA/Mohamed HinnawiFamilies in Gaza whose homes have been destroyed in rocket attacks are being accommodated in UNRWA schools.