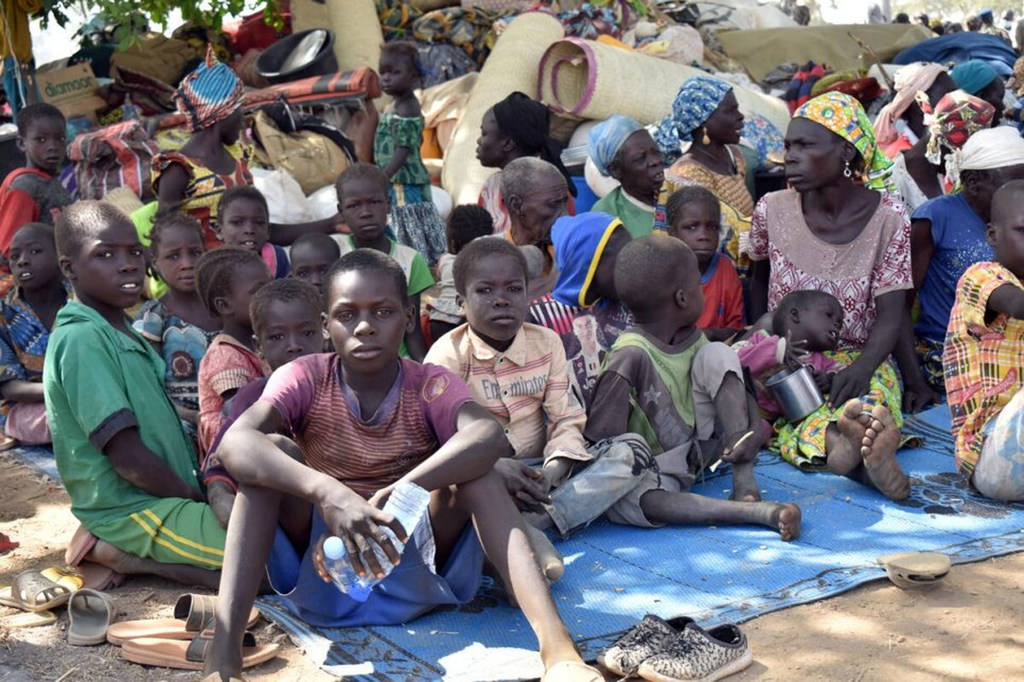 Intercommunal clashes that erupted in Cameroon’s Far North region over the past two weeks have driven at least 100,000 people from their homes, although the actual number may be much higher, UNHCR, the UN refugee agency, said on Friday.

In the last few days, more than 85,000 people have fled into neighbouring Chad while at least 15,000 Cameroonians have been forced to flee inside their country.

“Indications are that displacement into Chad has accelerated fast, as the total is nearly triple the figure reported last week, when 30,000 people had crossed the border seeking safety”, UNHCR spokesperson Matthew Saltmarsh told journalists at a regular press briefing in Geneva.

Casualties from the fighting have also taken 44 lives and injured another 111 – an increase compared last week’s 22 dead and 30 wounded.

And 112 villages have reportedly been burned down.

The vast majority of new arrivals in Chad are children and 98 per cent of the adults are women.

Some 48,000 have found refuge in 18 urban sites in N’Djamena, the capital of Chad, and 37,000 people are scattered across 10 rural sites along the bank of the Logone River.

Along with the authorities, UNHCR, other UN agencies and humanitarian partners are rushing to deliver life-saving assistance.

UNHCR has declared a Level 2 emergency and is rapidly scaling up its operations to assist affected people in Cameroon and new refugees who have fled into Chad.

“Refugees are in dire need of shelter, blankets, mats and hygienic kits. Some are being generously hosted by local communities, but most are still sleeping in the open and under trees”, said the UNHCR spokesperson.

“And teams are assisting the Government to identify new hosting sites located further from the border to better protect refugees in line with international standards”.

In Far North Cameroon, security forces have been deployed and disarmament operations are in progress.

Although few incidents have been reported during the past week, tensions remain high.

However, UNHCR reported that it still cannot access Logone Birni rural district where the clashes started, due to insecurity.

“Our teams in the cities of Maroua and Kousseri are assessing the protection and humanitarian needs of people displaced inside the country. Many of the displaced, report difficulties finding safe water and have no access to latrines. Concerning hygiene issues, are on the rise”, the UNHCR spokesperson said.

Clashes initially broke out on 5 December in the border village of Ouloumsa following a dispute between herders, fishermen and farmers over dwindling water resources.

The climate crisis is exacerbating the competition for resources, especially water. Levels in Lake Chad, in the far northern region of Cameroon, have decreased by as much as 95 per cent in the past 60 years.

UNHCR and Cameroonian authorities organized a reconciliation forum in early December, during which community representatives committed to end the violence.

“But without urgent action to address the root causes of the crisis, the situation could escalate further”, Mr. Saltmarsh warned, calling for international support to assist the forcibly displaced and “end the violence so that people can return home safely”.