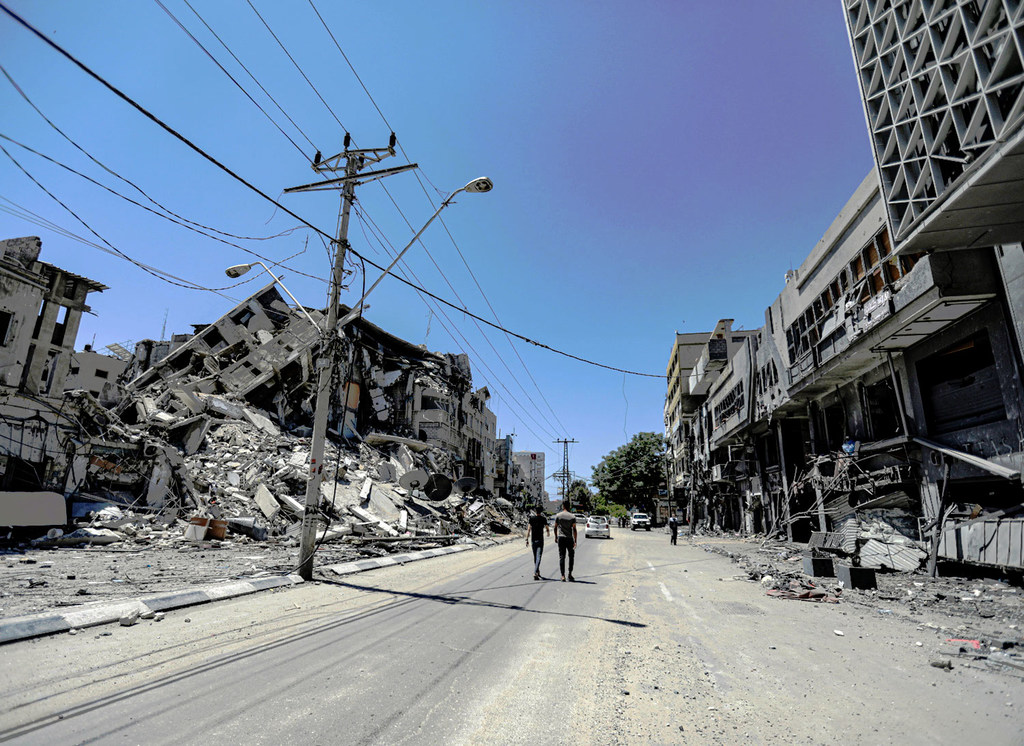 Following Israeli closures, restrictions and military operations, the West Bank has suffered two decades of arrested development and poverty, according to a report published on Wednesday by the UN trade and development body, UNCTAD.

With an economic toll of an estimated at $57.7 billion, the study estimated the cost to be equivalent to three and a half times the 2019 GDP of the occupied Palestinian territory’.

Moreover, it indicated that the minimum cost of eliminating poverty in the West Bank had increased six times between 1998 and 2007 – from $73 million to $428 million.

“We’re talking about the reproduction of despair in the in the West Bank and Gaza”, said Richard Kozul-Wright, UNCTAD Director of Division on Globalization and Development Strategies, calling for Palestinian territories to be reconnected into a “fully fledged State” to reverse this.

The report covers the period following the outbreak of the second Palestinian Intifada in September 2000.

According to UNCTAD Economist Rami Alazzeh, the Israeli closure policy was “multilayered”.

Roads between the West Bank, Gaza, Israel, and the border with Jordan were closed and “in 2020 there is still the separation wall which Israel started building in 2003”.

Moreover 600 obstacles in the West Bank, including checkpoints and gates remain in place.

The immediate effect of tighter Israeli restrictions imposed on the West Bank witnessed a drastic fall in living standards, which most affected the population’s poorer segments.

The report projected that without the Israeli closures, restrictions and military operations, the 2004 poverty rate in the West Bank would have been 12 per cent, or one-third of the current 35 per cent.

In 2019, the West Bank GDP per capita would have been 44 per cent higher than its actual value, the report found.

“It’s a substantial amount of money for a small economy like this”, said Mahmoud Elkhafif, UNCTAD’s Coordinator of the Assistance to the Palestinian People.

In the West Bank between 2000 and 2002, tighter Israeli restrictions and military operations triggered a one-third contraction, according to the report.

Although there was an annual 6.2 per cent growth in its economy since 2007, the report pointed out that the expansion was volatile – ranging from 13.1 per cent in 2008 to 1.6 per cent in 2019 – which led to high unemployment, hovering around 18 per cent during that time.

Unable to secure jobs, many Palestinians sought employment in Israel and its settlements, creating a harmful dependence of the West Bank regional economy on Israel.

However, without it the West Bank would have almost reached unemployment rates as high as the besieged Gaza Strip, which averaged 39.8 per cent between 2007 and 2019.

But the report pointed out that even with employment in Israel, the West Bank regional economy has not been able to reduce or stabilize its joblessness rate since 1999.

© UNICEF/Eyas El BabaThirteen-year-old boy in Palestine collects rubble near Gaza City, which he transports by donkey to the market to sell. (file)

The report called for all mobility restrictions to be lifted in the occupied Palestinian territory and for reconnecting it with East Jerusalem and all cities and villages in the West Bank and Gaza Strip.

It also called for the enabling of the Palestinian public and private sectors to establish and run agricultural, industrial, commercial and mining businesses in Area C – which comprises more than 60 per cent of the West Bank area – where Palestinians are not currently allowed to operate businesses.

The document reiterates that until the occupation ends, Palestinian economic development will continue to be arrested and its cost on the people, continue to grow.

To create “decent jobs” it is “critical to overcome the kind of poverty levels that we see in the West Bank”, stressed Mr. Kozul-Wright.