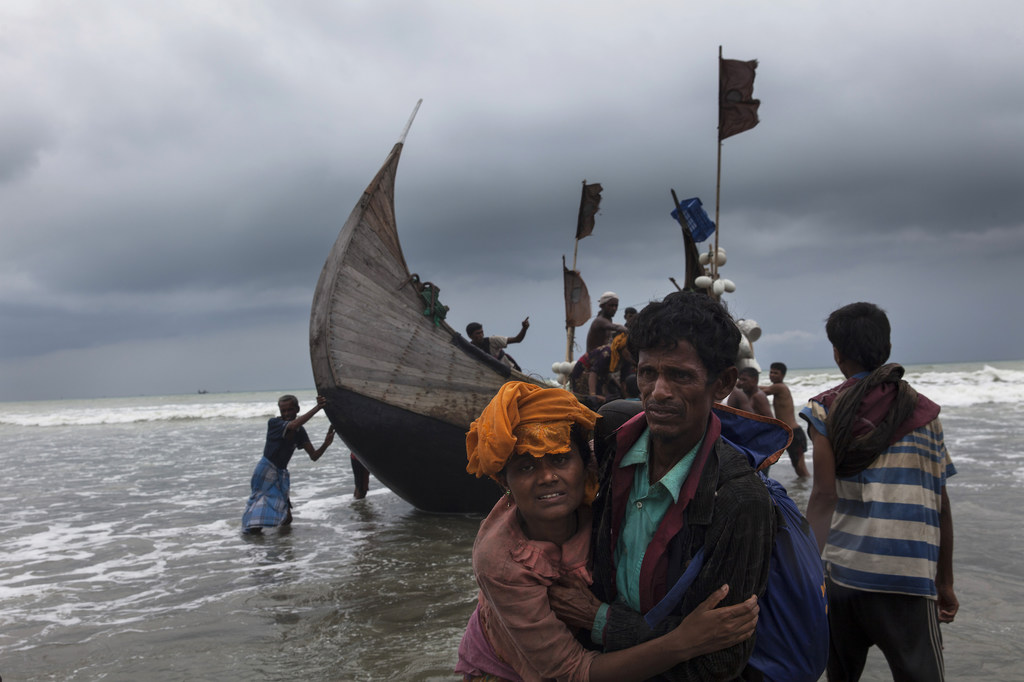 The UN refugee agency (UNHCR), on Monday, called for immediate efforts to search and rescue a group of Rohingya refugees, who have been adrift on the Andaman Sea for over a week.

The precise number and location of the refugees is unknown, and there are reports that many may have already lost their lives, Indrika Ratwatte, Director of the UNHCR Regional Bureau for Asia and the Pacific, located in Bangkok, said in news release. The last information of distress was received on Saturday evening, local time.

“In the absence of precise information as to the refugees’ location, we have alerted the authorities of the relevant maritime states of these reports and appealed for their swift assistance, should the vessel be found in their area of responsibility for search and rescue. Immediate action is needed to save lives and prevent further tragedy.”

The refugees are believed to have departed from Cox’s Bazar and Teknaf, southern Bangladesh, about ten days ago, and the vessel has reported been adrift after the engine broke down, more than a week ago, according to UNHCR.

Refugees have reported that the vessel has been out of food and water for several days now, and that many of the passengers are ill, it added.

“Many are in a highly vulnerable condition and are apparently suffering from extreme dehydration. We understand that a number of refugees have already lost their lives, and that fatalities have risen over the past 24 hours”, added Mr. Ratwatte.

The Andaman Sea is a body of water in the Indian Ocean. It lies to the southeast of Bay of Bengal, south of Myanmar, west of Thailand and east of India’s Andaman and Nicobar Islands.

‘Saving lives must be the priority’

The UNHCR official appealed to all governments in deploy their search and rescue capacities and promptly disembark those in distress, stressing that “as always, saving lives must be the priority”.

“In line with international obligations under the law of the sea and longstanding maritime traditions, the duty to rescue persons in distress at sea should be upheld, irrespective of nationality or legal status”, he urged.

UNHCR stands ready to support governments across the region in providing any necessary humanitarian assistance and quarantine measures in the coming days for those disembarked, in line with public health protocols, Mr. Ratwatte said.

“The fact that refugees and migrants continue to undertake fatal journeys accentuates the need for immediate and collective regional response to search, rescue and disembarkation”, he added.

Several hundred people are reported to have perished trying to cross the Andaman Sea, a journey once dubbed as “three times more deadly” than in the Mediterranean, due to starvation, dehydration, debilitating diseases, people being thrown overboard alive, or denied life-saving care and support.

The complex Rohingya refugee crisis erupted in August 2017, following attacks on remote police outposts in western Myanmar by armed groups alleged to belong to the community. These were followed by systematic counter attacks against the minority, mainly Muslim, Rohingya, which human rights groups, including senior UN officials, have said amounted to ethnic cleansing.

In the weeks that followed, over 700,000 Rohingya – the majority of them children, women and the elderly – fled their homes for safety in Bangladesh, with little more than the clothes on their backs.

Prior to the mass exodus, well over 200,000 Rohingya refugees were sheltering in Bangladesh as a result of earlier displacements from Myanmar.