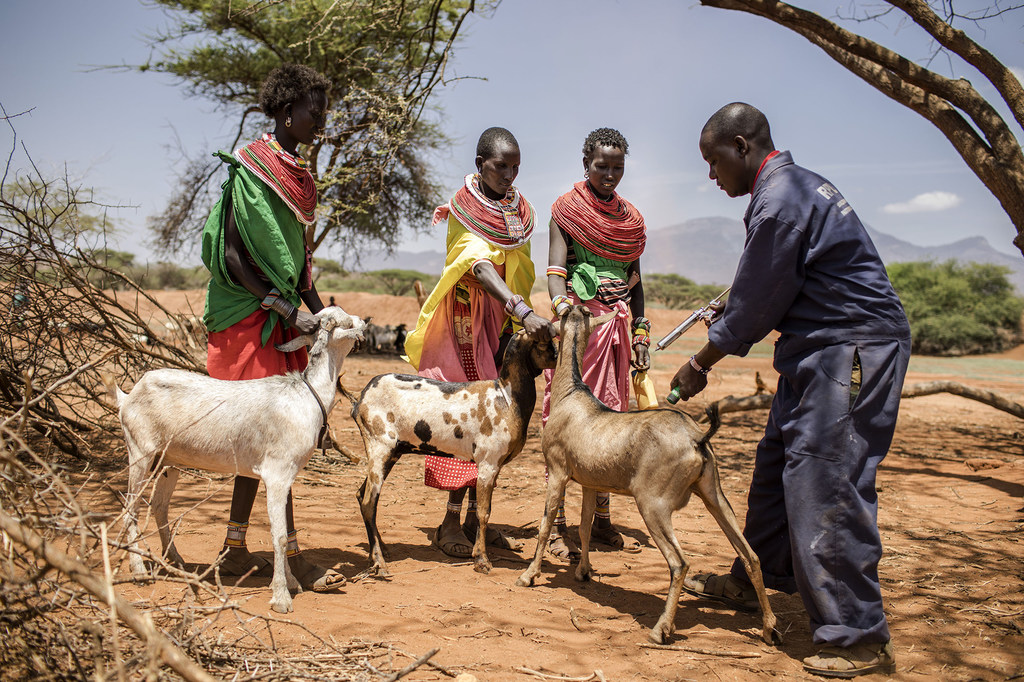 The world is moving closer to stamping out a highly contagious disease that affects sheep and goats, but also the livelihoods of millions of families who depend on these animals for food and income, the UN Food and Agriculture Organization (FAO) said on Wednesday.

Outbreaks of Peste des petits ruminants (PPR), also known as sheep and goat plague, have fallen by two-thirds in recent years thanks to vaccination campaigns carried out in more than 50 countries, the agency reported.

“Eradicating the disease is possible and essential to ending poverty and hunger. Not only would it save a valuable source of food and income for many vulnerable people but could also prevent entire families from migrating – a risk they face when their livelihoods are destroyed”, said Maria Helena Semedo, the FAO Deputy Director-General.

“A world free of PPR will also mean more security and empowerment for rural women as they are often responsible for looking after livestock.”

PPR was first identified in Côte d’Ivoire in the 1940s but has spread at an alarming rate over the past 15 years, mainly in Africa, Asia and the Middle East, and is considered one of the most damaging of all animal diseases.

At its worst, up to 80 per cent of the world’s 2.5 billion small ruminants risks being infected if the disease is not controlled, according to FAO.

PPR has a fatality rate of 30-70 per cent, which means it can be deadly for animals, but there are also severe consequences for food security, community resilience and incomes.

FAO warned that some 300 million families worldwide who rely on sheep, goats and other small ruminants for food and income, could lose their livelihoods if the disease is not kept at bay.  The economic loss has been estimated at over $2 billion annually.

The road to eradicating PPR began in 2015, when the international community set the goal of ending the disease by 2030, in line with a strategy developed by FAO and the World Organisation for Animal Health (OIE).

Back then, more than 3,500 outbreaks were recorded worldwide, compared to just over 1,900 in 2019, according to latest data.

FAO said the decrease can be attributed to vaccination campaigns led and funded by authorities in more than 50 countries, with support from the agency and its partners. In just 12 countries alone, more than 300 million goats and sheep were vaccinated between 2015 and 2018.

Currently, 58 countries and one region in Namibia have been recognized as being PPR-free, while some 21 nations have had no new cases for five consecutive years.

However, FAO said shortage of vaccines, livestock movement, logistical challenges and disruptions due to the COVID-19 pandemic, have thrown up obstacles to eradication.

Additionally, most PPR-endemic countries are located in tropical or subtropical regions, where resources for cold chain storage and transportation of the vaccines are limited.

FAO, OIE and partners have established a vaccine bank that has improved both quality assurance and supply, but a $340 million funding gap for the eradication programme threatens further progress.

“Whilst PPR outbreaks have decreased significantly in recent years, the infection scope of the PPR virus, both geographical and host range, is still wide, and more needs to be done to fight the disease”, said veterinarian Felix Njeumi, FAO’s PPR Programme Coordinator.