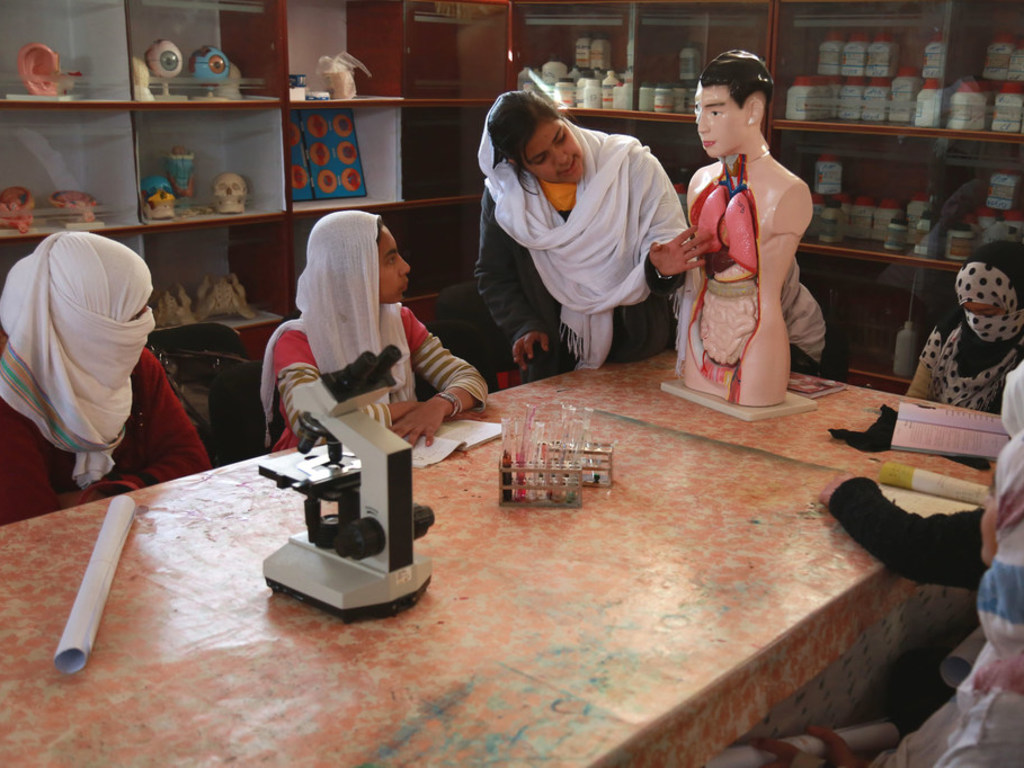 Closed labs and increased care responsibilities are just a two of the challenges women in scientific fields are facing during the COVID-19 pandemic, the UN chief said in his message for the International Day of Women and Girls in Science, on Thursday.

“Advancing gender equality in science and technology is essential for building a better future”, Secretary-General António Guterres stated, “We have seen this yet again in the fight against COVID-19”.

Women, who represent 70 per cent of all healthcare workers, have been among those most affected by the pandemic and those leading the response to it. Yet, as women bear the brunt of school closures and working from home, gender inequalities have increased dramatically over the past year.

Woman’s place is in the lab

Citing the UN Educational, Scientific and Cultural Organization (UNESCO) he said that women account for only one third of the world’s researchers and hold fewer senior positions than men at top universities, which has led to “a lower publication rate, less visibility, less recognition and, critically, less funding”.

“Women and girls belong in science”, stressed the Secretary-General.

Yet stereotypes have steered them away from science-related fields.

“Without more women in STEM [science, technology, engineering and mathematics], the world will continue to be designed by and for men, and the potential of girls and women will remain untapped”, he spelled out.

Their presence is also critical in achieving the Sustainable Development Goals (SDGs), to close gender pay gaps and boost women’s earnings by $299 billion over the next ten years, according to Mr. Guterres.

“STEM skills are also crucial in closing the global Internet user gap”, he said, urging everyone to “end gender discrimination, and ensure that all women and girls fulfill their potential and are an integral part in building a better world for all”.

‘A place in science’

Meanwhile, despite a shortage of skills in most of the technological fields driving the Fourth Industrial Revolution, women still account for only 28 per cent of engineering graduates and 40 per cent of graduates in computer science and informatics, according to UNESCO.

It argues the need for women to be a part of the digital economy to “prevent Industry 4.0 from perpetuating traditional gender biases”.

UNESCO chief Audrey Azoulay observed that “even today, in the 21st century, women and girls are being sidelined in science-related fields due to their gender”.

As the impact of AI on societal priorities continues to grow, the underrepresentation of women’s contribution to research and development means that their needs and perspectives are likely to be overlooked in the design of products that impact our daily lives, such as smartphone applications.

© UNICEF/Omid FazelA girl in Afghanistan shows a robot she has built at an exhibition in Kabul.

Commemorating the day at a dedicated event, General Assembly President Volkan Bozkir informed that he is working with a newly established Gender Advisory Board to mainstream gender throughout all of the UN’s work, including the field of science.

“We cannot allow the COVID-19 pandemic to derail our plans for equality”, he said, adding that increasing access to science, technology, engineering and mathematics education, for women and girls has emerged as “a pathway to gender equality and as a key objective of the 2030 Agenda for Sustainable Development”.

Mr. Volkan highlighted the need to accelerate efforts and invest in training for girls to “learn and excel in science”.

“From the laboratory to the boardroom, Twitter to television, we must amplify the voices of female scientists”, he stressed.

Meanwhile, UNESCO and the L’Oréal Foundation honoured five women researchers in the fields of astrophysics, mathematics, chemistry and informatics as part of the 23rd International Prize for Women in Science.

In its newly published global study on gender equality in scientific research, To be smart, the digital revolution will need to be inclusive, UNESCO shows that although the number of women in scientific research has risen to one in three, they remain a minority in mathematics, computer science, engineering and artificial intelligence.

“It is not enough to attract women to a scientific or technological discipline”, said Shamila Nair-Bedouelle, Assistant UNESCO Director-General for Natural Sciences.

“We must also know how to retain them, ensuring that their careers are not strewn with obstacles and that their achievements are recognized and supported by the international scientific community”.

FROM THE FIELD: The teenage Uzbek girls using science to help their community

FROM THE FIELD: Women scientists on the power of education to reach gender equality

Hopes and fears of mother-to-be in Afghanistan

FROM THE FIELD: COVID-19 increasing risk of female genital mutilation

Guterres welcomes US decision to restore funding to UNFPA

FROM THE FIELD: The teenage Uzbek girls using science to help their community

FROM THE FIELD: Women scientists on the power of education to reach gender equality

Hopes and fears of mother-to-be in Afghanistan

FROM THE FIELD: COVID-19 increasing risk of female genital mutilation

Guterres welcomes US decision to restore funding to UNFPA