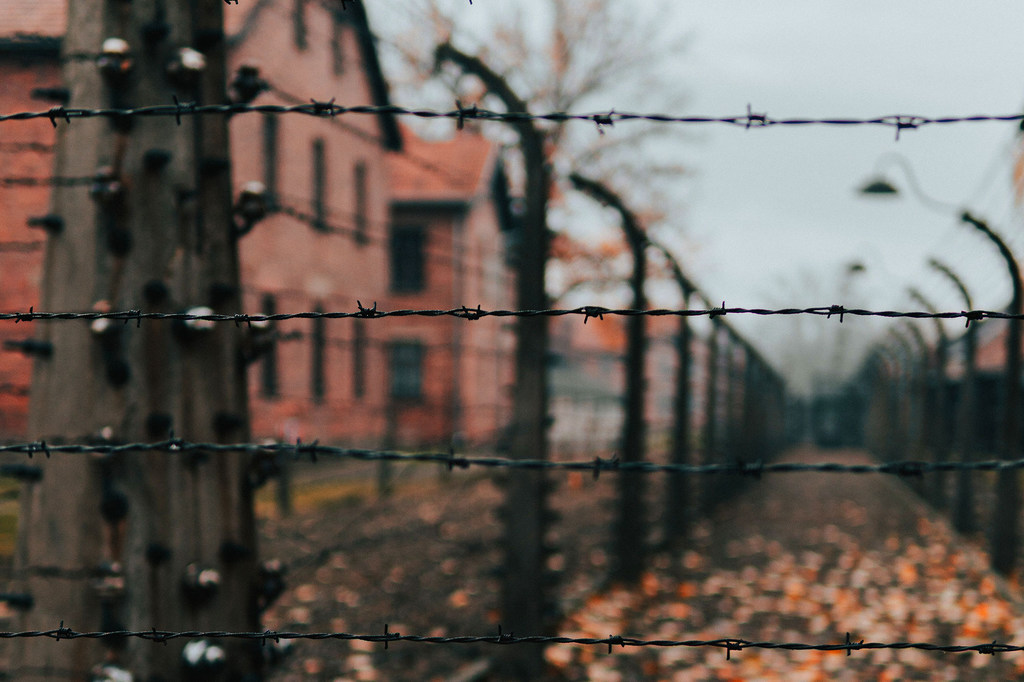 The world must stand with the “utmost determination against antisemitism”, the Chancellor of German told the UN’s annual Holocaust remembrance ceremony on Wednesday.

During the first Commemoration in Memory of the Victims of the Holocaust, organized jointly by the International Holocaust Remembrance Alliance, the UN and the UN Educational, Scientific and Cultural Organization (UNESCO), Angela Merkel added that antisemitism must be thwarted, “be it open or veiled, and against denial or diminishing of the Holocaust”.

“We honour the victims of the Holocaust by remembering them and by learning from their plight. That is our everlasting responsibility – for today’s and future generations”, she stated, in her video message to the powerful online event, translated from German. 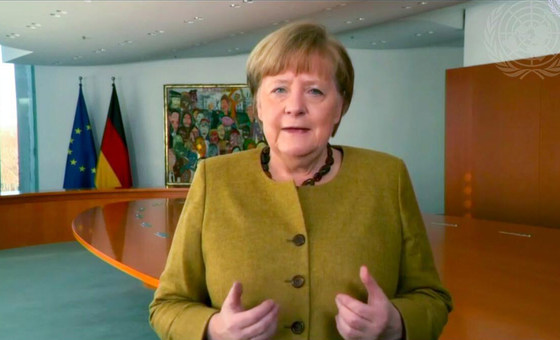 On 27 January 1945, exactly 76 years ago, the extermination camp at Auschwitz-Birkenau was liberated.

“What happened there and in many other places where atrocities were committed during the National Socialist period, is and remains beyond belief”, Ms. Merkel said.

She expressed deep shame over the catastrophic killing of millions of European Jews by Nazi Germany – known in Hebrew as the Shoah – and of “the betrayal of all civilized values, perpetrated under the National Socialist regime”.

The German Chancellor emphasized that “it is, and remains, Germany’s everlasting responsibility” to remember the Holocaust and to commemorate the victims: the European Jews, Sinti and Roma, political prisoners and Polish intelligentsia, prisoners of war, resistance fighters, homosexuals, people with disabilities, and “countless other men, women and children, who were humiliated, persecuted, tortured and murdered”.

“We must never forget these people and their fates”, she stressed.

Ms. Merkel concluded her address with special thanks to the survivors who “muster the strength” to tell the story of their lives.

“Their first-hand accounts show us just how vulnerable human dignity is and how easily the values that underpin peaceful coexistence can be violated”, she said.

Noting that antisemitism found its most horrific expression in the Holocaust, Secretary-General António Guterres said that the “universal revulsion at this crime” was one event leading to the UN’s founding and drawing up of the Universal Declaration of Human Rights.

“But it did not end”, he said. “Indeed, today antisemitism is resurgent in many places around the world”.

As the number of Holocaust survivors diminishes every year, white supremacists and neo-Nazis intensify their efforts to deny, distort and rewrite history including the Holocaust, the UN chief observed.

In Europe, the United States and elsewhere, “white supremacists are organizing and recruiting across borders, shamelessly flaunting the symbols of the Nazis and their murderous ambitions”, he said.

“We saw shocking examples in this nation’s capital in recent weeks”, Mr. Guterres attested, referring to the breach of the US Capitol building in Washington DC by violent extremists on 6 January, where some were caught on camera wearing Nazi symbols, including tributes to the Auschwitz concentration camp.

He pointed to the COVID-19 pandemic as giving them “new opportunities to exploit social turmoil, turn people against each other and target minorities, based on religion, race, ethnicity, nationality, sexual orientation, disability and immigration status”.

‘No vaccine for antisemitism’

The UN chief warned that after decades in the shadows, neo-Nazis and their ideas are “gaining currency and even a kind of respectability”.

He noted that in some countries, their messages and ideology can be heard in debates between mainstream political parties and in others they have infiltrated police and state security services.

Stressing the need to “urgently strengthen our joint efforts” against the dangers they pose, the Secretary-General said, “there is no vaccine for antisemitism and xenophobia”.

“The most effective weapon remains the facts and the truth”, the UN chief underscored.

Reminding viewers and participants how the Holocaust has “forever shaken the foundations of our common humanity”, UNESCO chief Audrey Azoulay recounted that when the Soviet soldiers liberated the Auschwitz-Birkenau camp, they found some seven thousand emaciated detainees, many of whom perished in the following days.

In addition to the corpses, executed after the Nazis forced prisoners to take part in a “death march”, she said that along with the remaining gas chambers, they also discovered traces of the Nazis’ “merciless system”.

“Today, as hateful voices continue to rise, denying or distorting the implacable reality of these facts, we have a universal responsibility to remember each and every individual whom the Nazis sought to erase from the face of the earth”, the UNESCO chief said.

Ms. Azoulay upheld the importance of remembering the “communities and cultures that were destroyed” and underlined the need to protect against the ideas that led to the genocide, and human rights overall.

“The ways we remember and understand the past will shape our future”, she said, which is why UNESCO is “resolute in its commitment” to educating about the causes and consequences of the Holocaust, “preventing antisemitism in its contemporary guise” and averting future atrocities from happening.

In this way the resilience of all people can be strengthened against prejudice and the universal principles of justice, dialogue and solidarity that underpin the Organization’s mandate be maintained.

“I call upon all Member States and civil society organizations to engage in further efforts to promote education, documentation and research on these unprecedented events, which continue to be a blight on the world’s conscience”, the UNESCO chief said.

US witnessed ‘echoes of the Holocaust’ during breach of the Capitol, says concentration camp survivor

FROM THE FIELD: Weathering a tourist downturn in Kyrgyzstan

US witnessed ‘echoes of the Holocaust’ during breach of the Capitol, says concentration camp survivor

FROM THE FIELD: Weathering a tourist downturn in Kyrgyzstan