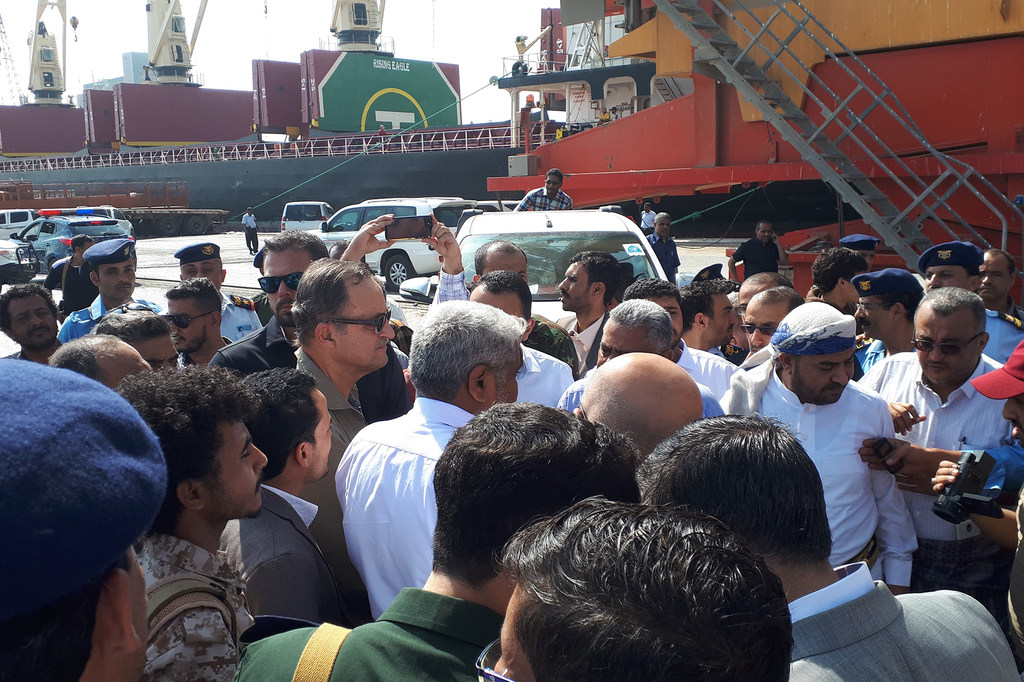 There has been no further investigation into the state of the FSO Safer, a stricken tanker anchored just 4.8 nautical miles off the Yemen coast, meaning the risk of a massive oil leak continues to grow with each passing day, a senior UN official told the Security Council on Thursday.

In her first briefing since last July, Inger Andersen, Executive Director of the UN Environment Programme (UNEP), reminded ambassadors that an agreement reached in November with Houthi forces, formally known as Ansar Allah, on the scope of work need to make the vessel secure, had generated hope of a swift resolution.

However, due to “political and logistical obstacles”, she said the planned assessment mission has yet to deploy.

“As a result, we still do not know the exact condition of the vessel, nor what the best solution would be to deal with 1.1 million barrels of oil in an ageing tanker located in an environmentally sensitive area of the Red Sea”, said Ms. Andersen.

The UNEP chief painted a grim picture of the dire consequences of an oil leak, from health to the economy, impacting up to 670,000 livelihoods.

An oil leak could force the vital Hudaydah port to close, limiting food and fuel imports for two to three weeks and block 50 per cent of fishing grounds, “with an estimate economic cost of around $350 million over five years”, she said.

Damage to the environment would be extensive: “The Red Sea is one of the planets most important repositories of biodiversity”, hosting internationally important marine mammals, sea turtles, sea birds and many other species, she continued, adding that coastal marine environments represent 86 per cent of the country’s mangrove cover.

And an oil spill would impact neighbouring countries on the Red Sea, as well as one of the world’s busiest commercial routes, she said.

Moreover, a fire or an explosion could leave some 4.8 million Yemenis and 350,000 Saudis exposed to harmful levels of pollution within 24-36 hours.

“About one million internally displaced people who live in Yemen could be covered by this smoke plume”, triggering potentially severe health impacts in vulnerable populations, the UNEP chief spelled out.

The UN chief reported “some progress” on this track, especially in setting up coordination mechanisms.

She specifically mentioned that UNEP and the International Maritime Organization (IMO) were supporting the Regional Organization for the Conservation of the Red Sea and Gulf of Aden (PERSGA) in developing a regional contingency plan should there be a significant spill.

And the Yemeni Government had established a National Emergency Committee on FSO Safer that is reviewing its National Contingency Plan with support from PERSGA, UNEP and IMO.

Despite the undertakings of UN agencies and its partners, Ms. Andersen warned that “the risk remains and the situation will deteriorate as delays mount”.

“Even if the response activities were to be initiated immediately after an oil spill, it would take years for the ecosystems and the economies to recover”, she attested.

In closing, the UN chief urged international partners to “intensify efforts to address the situation”.

Reena Ghelani, Director for Operations and Advocacy in the UN Office for the Coordination of Humanitarian Affairs (OCHA) warned there was “a good chance” that flammable gases are building up inside the tanker.

But because the UN has never been allowed to visit the site, it does not know exactly what the conditions are like on board, making it impossible to say in assess the work than can safely be performed.

“That is why the main purpose of the UN’s mission has always been to assess the vessel’s conditions”, reminded Ms. Ghelani, adding that experts must impartially verify the evidence and evaluate the options to resolve the problem “once and for all”.

She stressed that the UN has no preference on how the situation is ultimately solved, just so long as “it is done safely”.