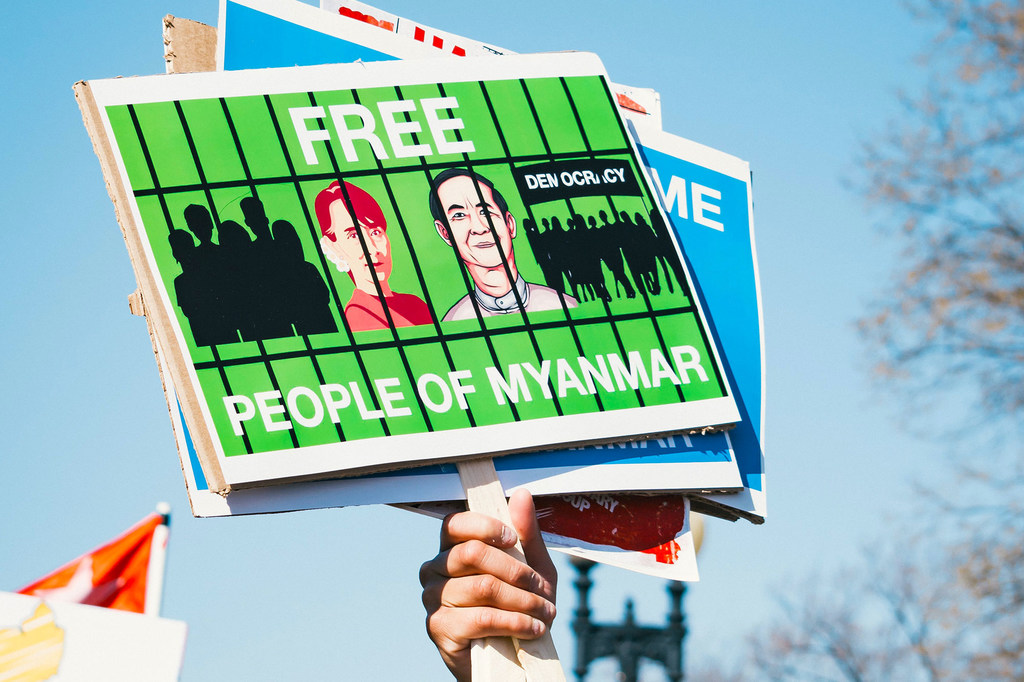 The leader of Myanmar’s ‘Tatmadaw’ military has been urged to publicly commit to honoring the fundamental right to freedom of expression for those protesting the generals’ February coup.

In an open letter to Senior General Min Aung Hlaing, UN-appointed independent expert on the situation of human rights in Myanmar, Tom Andrews, wrote “this is literally a matter of life or death” for those who believe they can freely exercise this right, “without fear of attack.”

On 24 April, Mr. Hlaing met leaders of the Association of Southeast Asian Nations (ASEAN) in Jakarta where he was urged to immediately halt the “military violence” against protesters and to release detained civilian leaders.
In the letter, Mr. Andrews highlighted that at the conclusion of the meeting, Mr. Hlaing had “reportedly agreed” to an “immediate cessation of violence in Myanmar.”

“This is an imperative first step toward ending a crisis that has already cost more than 750 lives, including the lives of young children, at the hands of Myanmar’s security forces”, he wrote.

Since the coup, the people of Myanmar have been holding near-daily peaceful protests across the country calling for the restoration of democracy.

They “need and deserve to know if it is your intention to honor this commitment,” said the UN rights expert, who emphasized that this includes the “right to open opposition to your actions, without fear of injury, death or arbitrary arrest”.
Release of political prisoners

He urged the military leader to immediately accept a visit from the Special Envoy of the ASEAN Chair and allow the Special Envoy access to “all parties concerned,” including Myanmar President Win Myint and State Counselor Aung San Suu Kyi.