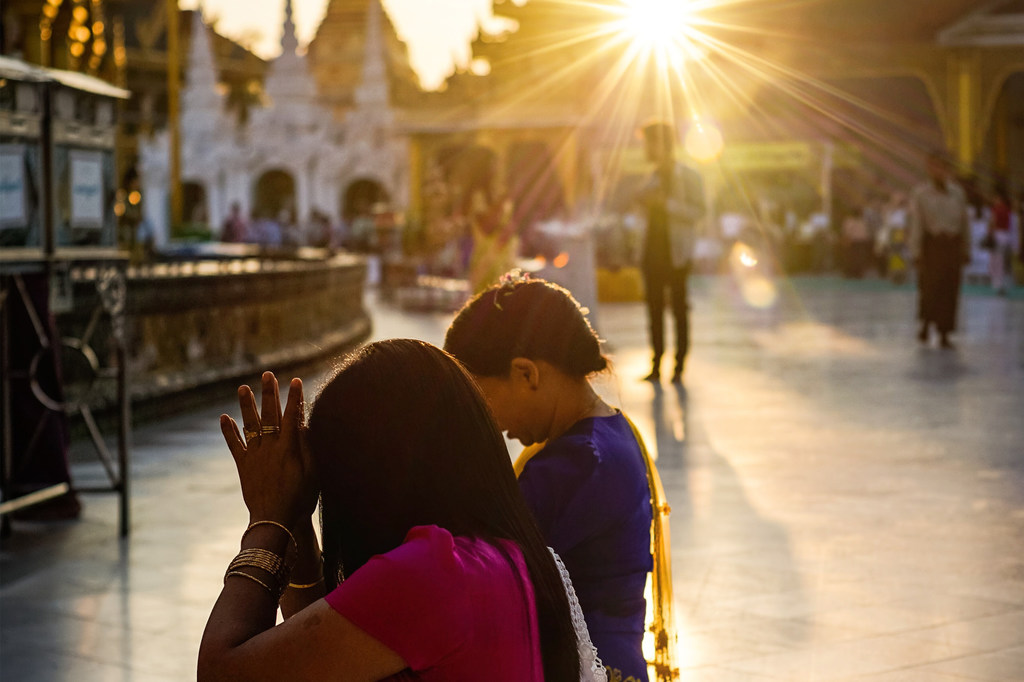 For more than two years, a UN-appointed team of 59 people has been collecting and analyzing more than two million pieces of evidence about possible human rights violations in Myanmar.

Working out of Geneva, there are experts in gender violence and crimes against children; analysts with experience in international justice; specialists in open source evidence; and investigators working with sophisticated information systems.

The team of professionals are formally known as the Independent Investigative Mechanism for Myanmar, (IIMM) or Myanmar Mechanism, and was created in 2018 by the Human Rights Council.

The Mechanism was established after an  Independent International Fact-Finding Mission found “clear patterns” of violations by the military, known as the Tatmadaw, and insisted that the perpetrators of the “gross human rights violations”, including those against the Rohingya, must not go unpunished.

The IIMM is not a court, neither does it have the power to prosecute. The hope is that all the information that could otherwise be lost, is preserved, and then shared with national, regional or international courts.

In an extensive interview with UN News, the head of the Mechanism, Nicholas Koumjian, explains the importance of preserving this evidence before it is potentially lost.

“Crime scenes get disturbed, bodies decompose, wounds can heal, people’s memories can fade, witnesses with information can pass away”, he explains. “So it’s very important to collect the information while you can.”

The interview has been edited for clarity and length.

Nicholas Koumjian: We started two years ago, in July of 2019, and we’ve been building up the Mechanism, acquiring all of the expertise that we believe would be necessary.

We have those with experience in using open source evidence and very sophisticated and secure information systems, so that the information that we collect and preserve, is held confidentially and no one has access to it, and that also allows us to analyse the very vast quantities of data that we have collected.

We’re now looking at the evidence that we’ve collected, over two million pieces, and analysing that in various situations, that we believe have the potential to amount to criminal cases against individuals responsible for those offences.

UN News: Are there any preliminary conclusions? Can you share any?

Nicholas Koumjian: What’s different about our mechanism is that we’re not really a reporting mechanism. We’re not a court or prosecution service. We’re collecting the evidence and preparing files to share them with those courts that might, or judicial authorities that might have the authority, and the willingness, to hold fair proceedings to hold individuals to account.

We’ve specifically been asked to cooperate with the International Criminal Court, which has an investigation related to Rakhine State [home to many of those mostly-Rohingya Muslims who have fled to neighbouring Bangladesh], and we’re doing that.

We also have been asked by the parties at the International Court of Justice to share evidence, and we looked at that situation. We want to help the judges in that case reach the best decision, and so we’ve agreed to look for relevant evidence that we can share, with the permission of those that provided it to us. 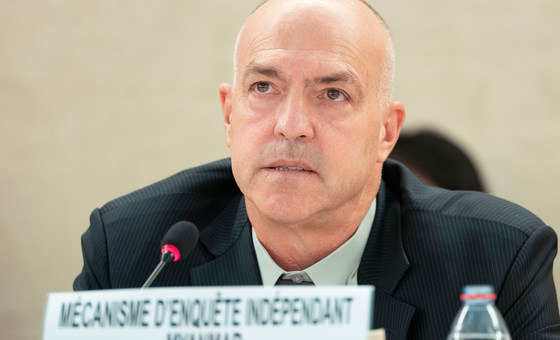 🎧 Listen to the interview with Mr. Koumjian.

UN News: Can you tell me how you’re conducting this work without having access to the country?

Nicholas Koumjian: It’s unfortunate that we don’t have access. The Human Rights Council specifically asked Myanmar to cooperate with us and we’ve reached out to them and we will continue to reach out and seek cooperation and access to the country, to the crime scenes, and to witnesses inside Myanmar when we can do so safely.

UN News: Do you have any hope that it can happen at any time soon?

Nicholas Koumjian: I don’t think there’s an immediate prospect of that happening. But what I’ve learned is, in International Criminal law, and generally in history, it’s very hard to predict the future. Things can change much quicker than we imagined, so we will continue to reach out and hope that things do change and that we will eventually have access.

UN News: Regarding the military coup in in February, has it impacted your work? If so, in what ways?

Nicholas Koumjian: We said, when the coup first happened, that the change of government itself, the overthrow of the constitutional authority, the question of fair elections and democratic process, is not within our mandate, which is limited to the most serious international crimes and violations of international law.

But we said that we were very concerned, given the history of Myanmar, of so many crimes against civilians occurring in political conflicts, that we would be watching the situation closely.

What we’ve seen since then is, unfortunately, that it appears that very serious crimes have been happening, throughout the country, in different regions, systematically and on a widespread basis. So, we’re collecting that information.

Many different sources have been voluntarily reaching out to us to provide us with information.

Others we have contacted. I believe we received over 200,000 communications just in the first few months after the coup, so it’s increased the burden on us, but it’s also given us the opportunity to have more individuals and organizations willing to speak to us, more opportunities to talk to those who have information about what is happening or has happened in the past in Myanmar. And this has created some opportunities for investigations. 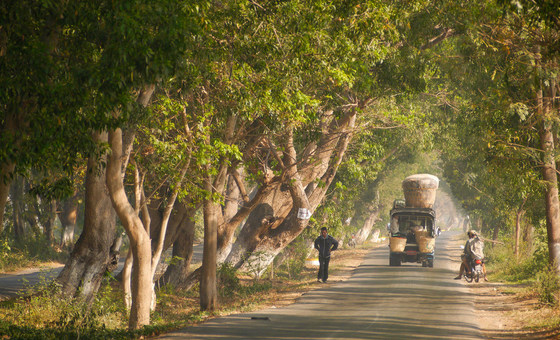 Conditions have ‘worsened’ in Myanmar following a military coup in February 2021, according to a UN human rights rapporteur., by Asian Development Bank

UN News: Is it correct to say that some of these investigations, some of the information you’re collecting, wouldn’t otherwise happen, or be collected, if your mechanism didn’t exist?

Nicholas Koumjian: Yes, I believe that it is absolutely fair to say that.

I’ve worked on different war crime tribunals, different processes to seek accountability, and one of the things that we’ve seen in other conflicts is the importance of preserving information while it’s still fresh, while you can, because, of course, crime scenes get disturbed, bodies decompose, wounds can heal, people’s memories can fade, witnesses with information can die, can pass away without that information being collected.

So, it’s very important to collect the information while you can, because unfortunately international justice often is a long process.

I came to the Myanmar mechanism from being the co-prosecutor at the Extraordinary Chambers for the courts in Cambodia, otherwise known as the Khmer Rouge Tribunal, which was looking into crimes committed between 1975 to 1979.

Even in 2019, 40 years after those crimes were committed, that process was ongoing, and the evidence was being used. Fortunately, a lot of the evidence that was used there had been collected by a civil society organization, DC-Cam, in the 1990s, and that was very helpful to us.

So we think what we’re doing now is very important, to preserve the evidence so that someday – and we hope it certainly will be much sooner than 40 years –  this evidence can be used in courts that can hold those responsible for crimes accountable.

UN NEWS: When you talk about information and evidence, what are you talking about? Electronic communications? Forensic evidence? 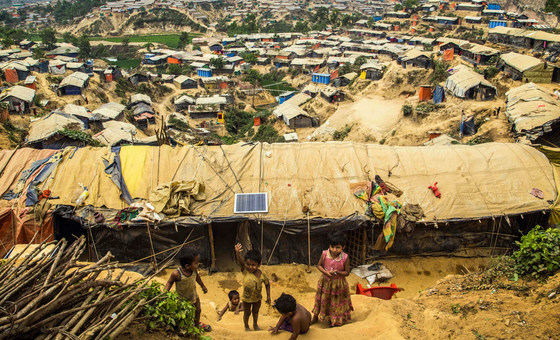 Kutupalong refugee camp in Cox’s Bazar, Bangladesh, is one of the largest in the world. and hosts hundreds of thousands of Rohingyas who fled violence in Myanmar., by © UNOCHA/Vincent Tremeau

Looking at digital information, looking at photographic and video information, analysing that with the most modern information technologies. We can locate where videos were taken and identify the duplicates, because we’re getting so many thousands and thousands of videos and photographs, this is very important for us to do.

UN NEWS: And you’re getting those from civil society organizations? People in the country?

UN NEWS: You spoke about having justice. What does it look like in this case?

Nicholas Koumjian: I think in Myanmar, as in many other conflicts around the world, many, many people have suffered. Some of them continue to suffer. There are hundreds of thousands of refugees living outside of their homes, either inside Myanmar or outside the borders of the country, wanting to go home.

Unfortunately, the crimes that they fled from continue to occur in some way or another, so they don’t feel it’s safe to go home.

Part of justice is assuring that those who committed crimes previously with impunity will now be held responsible, so that hopefully that will deter future crimes from occurring, and that the people of Myanmar who suffered can have some hope that these crimes will end and that they will receive some justice for what happened to themselves or to their family members.