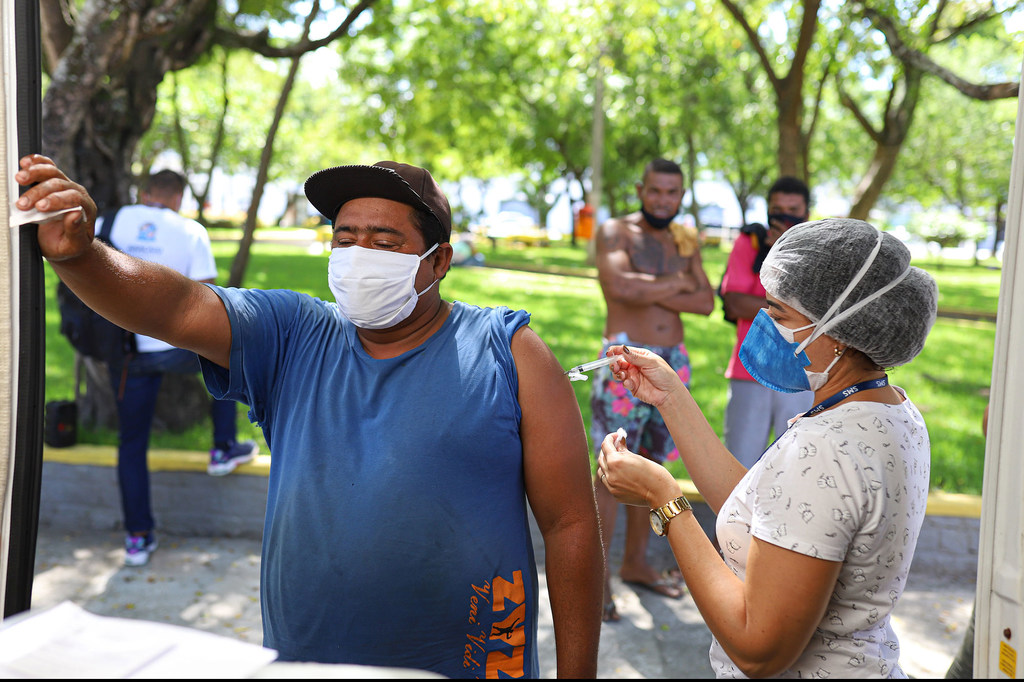 More than half the population of Latin America and the Caribbean has not been vaccinated against COVID-19, a senior official with the regional arm of UN health agency WHO said on Wednesday.

Dr. Jarbas Barbosa, Assistant Director at the Pan American Health Organization (PAHO), was speaking during the agency’s regular media briefing on the pandemic.

He said nearly 44 per cent of the region’s people have been fully immunized, mainly with doses donated bilaterally or through the COVAX solidarity initiative.

“Today, twice as many people in Latin America and the Caribbean are fully vaccinated against COVID than in August of this year,” he said.

Meanwhile, infections and deaths have also reached their lowest levels in more than a year, with 800,000 new cases and 18,000 deaths reported over the last week.

Although there is reason to be optimistic, Dr. Barbosa urged countries to remain vigilant and continue public health measures, such as mask wearing, physical distancing and avoiding large gatherings.

More vaccines on the way

“While our region has done a great job at accelerating immunization coverage over just a few months, more than half of people in Latin America and the Caribbean remain unprotected,” he told journalists.

“In Guatemala, Saint Vincent and the Grenadines, Jamaica, Nicaragua and Haiti, less than 20 per cent of people have been fully vaccinated.”

Dr. Barbosa also pointed to “good news”, as more than 300 billion vaccine doses are expected in the region this week through COVAX.  Deliveries are also set to increase over the remaining months of the year.

He was encouraged that health is “taking centre stage” at the conference, and for the first time ever.

Climate change is “the biggest long-term threat to our public health”, he said, and more than 12 million deaths annually are associated with environmental risk factors.

Extreme weather and rising temperatures have altered ecosystems, displacing people and animals.  Humans forced to move have infringed on natural habitats, and animals have sought more hospitable conditions, which has led to a rise in vector-borne diseases such as Zika, Chagas and Dengue.

Part of the solution

Ahead of the conference, PAHO has launched an Agenda for the Americas on Health, Environment and Climate Change, which emphasizes, collaboration, investment and resilience.

But health must also be part of the solution to the climate emergency, he added, as the sector is a large contributor to the greenhouse gas emissions that cause global warming.  Estimates indicate it could be responsible for up to 10 per cent of carbon emissions worldwide.

“We can improve by lowering carbon emissions from energy, heating, and cooling operations of health care facilities, and we can adapt our health systems by building greener facilities and by lowering emissions at every stage of our supply chains from production to transportation,” he said.

While extreme weather is just one of the risks of climate change, Dr. Barbosa stressed that scientists have long warned of how the environment, food systems and living conditions will be affected, all of which will have potentially devastating impacts on health.

“The COVID-19 pandemic has offered a snapshot of how unprepared we are for such a disruptive event,” he said.

“But today, we have an opportunity to build on the lessons from the COVID pandemic to prevent future crises and to strengthen our ability to respond to them when they arrive. We hope our leaders will seize the moment.”