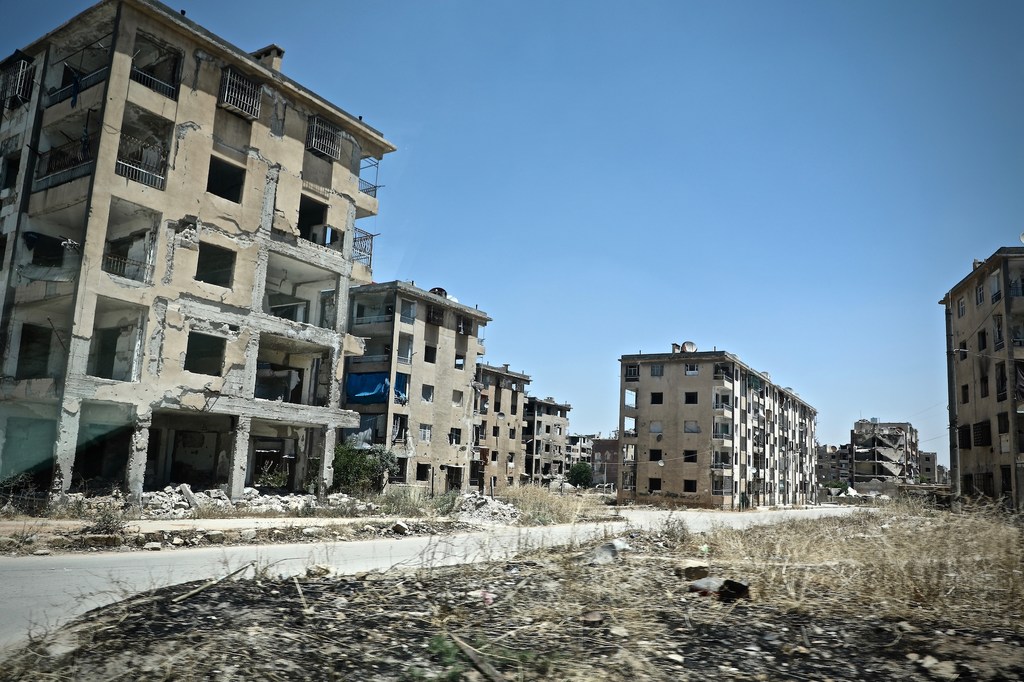 Progress towards resolving Syria’s decade-long conflict has reached an impasse, the chief United Nations mediator told the Security Council on Tuesday, as an uptick in fighting throughout the country led to some of the largest civilian displacements in a year.

“We need a credible political process as well as more sustained international cooperation”, said Geir O. Pedersen, Special Envoy for Syria, as he drew attention to significant troop deployments, heavy shelling and ground clashes in Syria’s south-west, especially in Deraa governorate. “We repeat our calls on all parties to end the violence immediately…safe and unimpeded humanitarian access is needed to all affected areas and communities.”

The Special Envoy said that tensions also remain high in the north-west, notably in Idlib, northern Latakia and Aleppo, as well as western Hama.  Airstrikes and shelling have intensified in recent months, and the north-eastern areas of Raqqa and Hassakeh have seen violence involving non-State armed groups.

“These developments remind us that the conflict in Syria is far from over”, said Mr. Pedersen, “and that we a need a credible political process as well as more sustained international cooperation”.

On the political front, the Special Envoy said his Office is working to facilitate the convening of a sixth session of the Small Body of the Constitutional Committee. “The United Nations will do its utmost to facilitate implementation of all aspects of resolution 2585 (2021), which extends authorization of Bab al-Hawa border crossing and sends a message that key States – notably the Russian Federation and the United States – can cooperate beyond the humanitarian track”.

Martin Griffiths, Under-Secretary-General for Humanitarian Affairs and Emergency Relief Coordinator, said the ongoing hostilities, economic crisis, water shortages and COVID-19 are driving humanitarian needs to their highest levels since the start of the conflict.

Citing reports that families are increasingly resorting to early marriage as a means to provide for their daughters, Mr. Griffiths said that, in June and July, the Office of the United Nations High

Meanwhile, security problems persist at al Hol camp, with 69 murders reported since January.  The extreme vulnerability and aid dependence of the residents there – numbering 59,000 in total, with one in five of them under the age of five – only increase the risks of sexual exploitation and abuse.  “We must not abandon them to the violence and hopelessness of al Hol” he stressed.

He went on to detail recent violence in and around Darra, pointing out that the Darra National Hospital temporarily lost its dialysis unit due to mortar fire. Civilians remaining in Darra al-Balad face shortages of water electricity and cooking gas.

On the economic crisis, Mr. Griffiths said that United Nations assessments in July found that one third of households interviewed indicated difficulties in accessing markets – the highest level reported since April 2020.

In addition, the water crisis persists: levels of the Euphrates River flowing into Syria from Turkey have dropped to a “critically low point”, while low snow and rainfall also impacted water sources in the wider region.  Over 5 million rely on the River for drinking water and electricity, as do hospitals and irrigation networks.

COVID-19 transmission on the rise

As for COVID-19, the senior UN official said that transmission rates remain high and likely far exceed official figures.  Vaccinations are underway, with the first batch of 270,000 doses delivered through the World Health Organization’s (WHO) COVAX Facility already distributed.

However, these amounts cover less than 1 per cent of Syria’s population. “We need to speed up scale and pace,” he said.

Each month, the United Nations operation in Syria reaches 6.6 million around the country, however, “needs, of course, are outstripping the response,” Mr. Griffiths stressed, adding that he plans to visit Syria, Lebanon and Turkey to gain deeper understanding of the challenges.