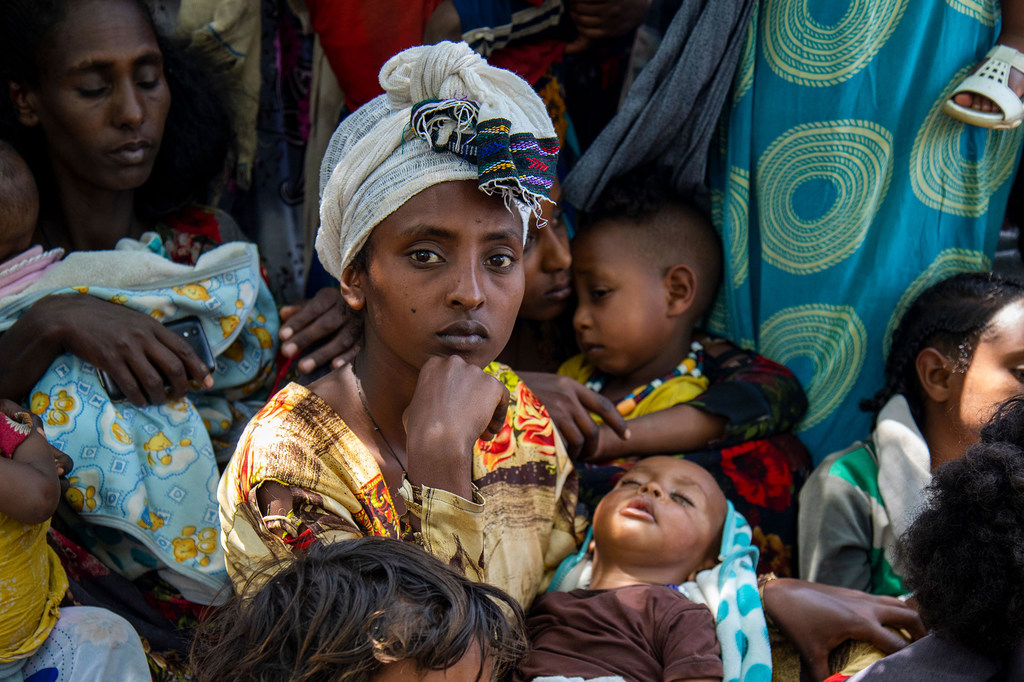 A military confrontation that started 10 months ago in Ethiopia’s northern Tigray region is spreading, with serious political, economic and humanitarian implications for the country and the broader region, the Secretary-General warned the Security Council on Thursday.

“A humanitarian catastrophe is unfolding before our eyes”, António Guterres warned. “The unity of Ethiopia and the stability of the region are at stake”, he added calling for an immediate ceasefire and the launch of national political dialogue.

Outlining the severity of the situation, the UN chief said the military front lines in Tigray have reached the regions of neighbouring Amhara and Afar.

The Government’s 28 June declaration of a unilateral ceasefire, and withdrawal of the National Defence Forces from Mekelle have not led to a comprehensive ceasefire.

Tigray remains under a de-facto humanitarian blockade and cut off from electricity and communications, the UN chief informed the Ambassadors.

Mr. Guterres said that actors in Ethiopia have entered the fight through mass mobilization and the activation of regional and armed groups.

“Inflammatory rhetoric and ethnic profiling are tearing apart the social fabric of the country”, he emphasized.

Moreover, the human price of the war is “mounting by the day”, as more than two million people have been displaced and millions more are in immediate need of food, water, shelter and health care, said the Secretary-General.

At least 400,000 people are living in famine-like conditions, with the UN Children’s Fund (UNICEF) warning that 100,000 face severe acute malnutrition within the year.

Amid reports of sexual and gender-based violence, refugee camps have been destroyed and hospitals looted.

“I condemn these atrocious acts in the strongest possible terms”, underscored the Secretary-General.  “There must be accountability”.

While the Organization and its partners have mobilized to reach five million people with food, Mr. Guterres said that the response is “severely” constrained by insecurity, delays and a host of arbitrary restrictions on the work of humanitarian agencies.

Overland access into Tigray now depends on a single route, through Afar, which involves passing through numerous checkpoints.

At the same time, although agencies require roughly 100 trucks worth of assistance to reach Mekelle every day, no trucks have arrived for over a week.

Beyond Tigray, the conflict in Afar and Amhara has displaced reportedly 300,000 more people, he said, events that have unfolded alongside efforts to maintain broader support across Ethiopia in response to intercommunal violence, flooding and locust infestation.

Mr. Guterres said the fighting has drained one billion dollars from Ethiopia’s coffers, while noting that debt is mounting.

Credit access is drying up, inflation is on the rise and the country is suffering from the fifth-highest incidence of COVID-19 cases on the continent.

© UNICEF/Mulugeta AyeneA child is screened for malnutrition at a health centre in Tigray, Ethiopia.

Against that backdrop, the Secretary-General repeated his call on parties to immediately end hostilities, without preconditions, and to negotiate a lasting ceasefire.

He underscored that foreign forces should leave the country, full humanitarian access be guaranteed for all areas in need, public services restored and conditions created for an inclusive national political dialogue to address the causes of the conflict and ensure Ethiopian voices direct the pathway to peace.

Noting that he has been in close contact with Prime Minister Abiy Ahmed and similarly received a letter from the President of the Tigray region, Mr. Guterres said the UN is ready to work with the African Union and other partners to support dialogue.

“In the period ahead, the attention and unity of the Security Council will be critical”, he attested.

“It is heart-breaking to see many young Ethiopians being instrumentalized and mobilized in the war effort” with their energies channelled into a path of division and destruction, rather than one of building a better future for all Ethiopians, he said, calling them “the ultimate casualties in this needless conflict”.

“In every sense, the future of Ethiopia is at stake”, said the Secretary-General.  “Let us pledge to do all we can to advance the path of national cohesion and peace