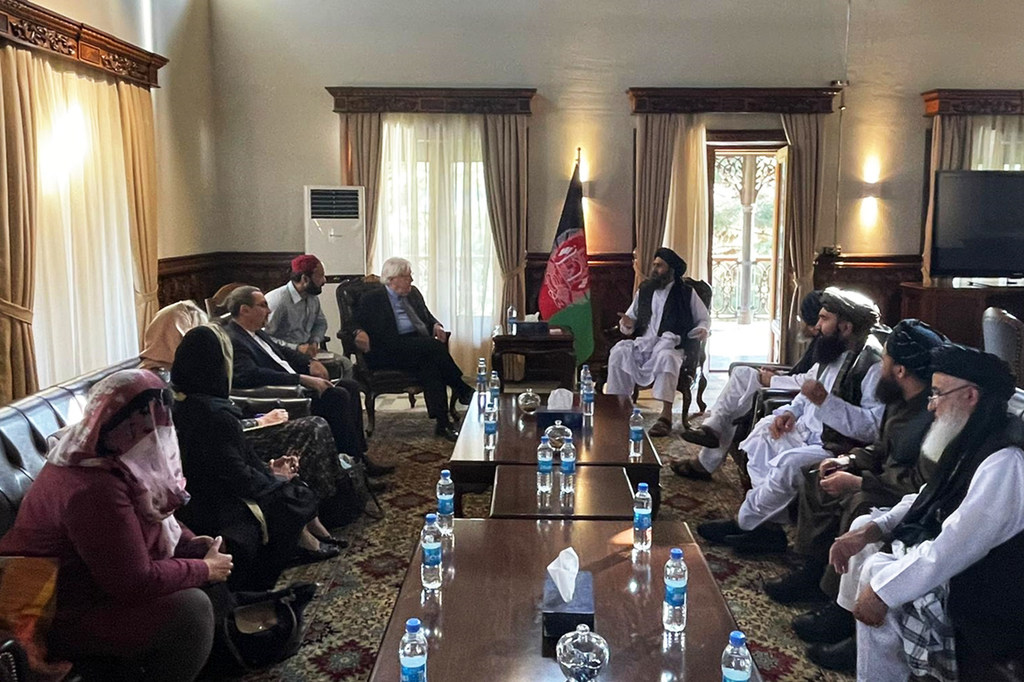 Women in Afghanistan play a “critical role” in delivering aid, the UN Humanitarian told the leadership of the Taliban in Kabul on Sunday, calling on all parties to “ensure their rights, safety and well-being”.

At the request of the Secretary-General, UN Emergency Relief Coordinator Martin Griffiths visited the country, where he spoke with Mullah Baradar and other Taliban authorities on humanitarian issues, Stéphane Dujarric, the UN chief’s spokesperson, said in a statement.

During the meeting, Mr. Dujarric relayed that the Relief Coordinator called for the protection of all civilians, “especially women and girls and minorities”, at all times.

According to the UN Spokesperson, Mr. Griffiths also expressed his solidarity with the people of Afghanistan and reiterated the humanitarian community’s commitment to “deliver impartial and independent” assistance and protection to “millions of people in need”.

Meanwhile, the Taliban authorities pledged the safety and security of humanitarian staff, guaranteed humanitarian access to people in need and freedom of movement to both men and women aid workers.

“The authorities committed to cooperate with the humanitarian community to ensure assistance is delivered to the people of Afghanistan”, said Mr. Dujarric, noting that further meetings are expected in the coming days.

Mr. Griffiths is also scheduled to meet with the representatives of UN agencies and other humanitarian organizations in the country, to convey the Organization’s appreciation for their dedication in remaining and in assisting eight million people this year.

“As Afghanistan faces a looming humanitarian catastrophe, the Secretary-General has convened a high-level ministerial meeting to address the growing humanitarian needs in the country”, said Mr. Dujarric.

The spokesperson added that an urgent scale-up in funding is required so “the lifesaving humanitarian operation can continue” and underscored that the Organization continues to “stand in solidarity with the people of Afghanistan”.

Today in Afghanistan, half of the population, or 18 million people, depend upon humanitarian assistance to survive, according to the UN Spokesperson. One third do not know where their next meal is coming from.

Additionally, more than half of all children under-five are at risk of acute malnutrition as the second severe drought in four years threatens to spark further hunger in the months ahead.

“Now more than ever, the people of Afghanistan need the support and solidarity of the international community”, concluded the UN Spokesperson’s statement.